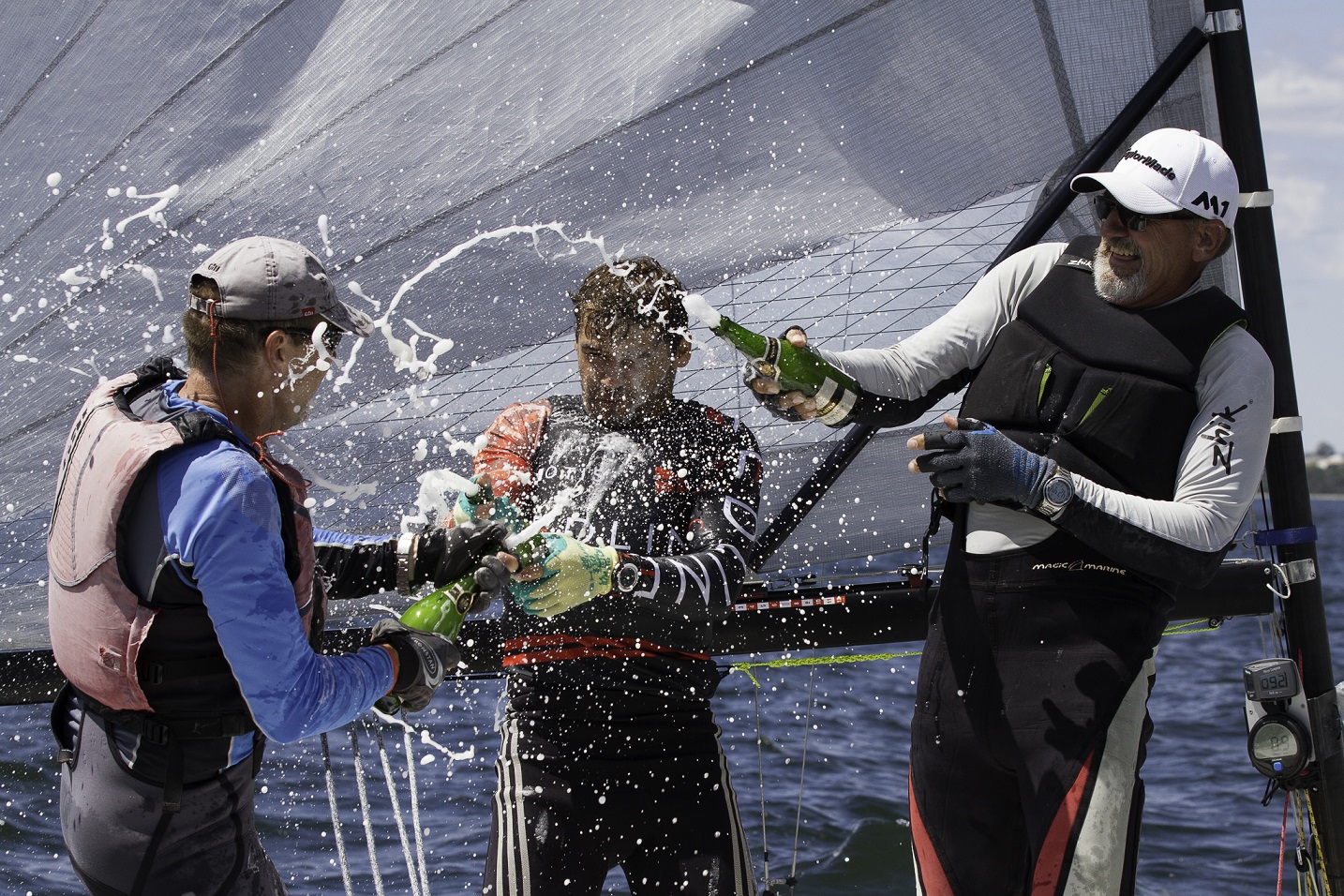 The Jerwood/de Vries family combination is well known at Australian Sailing headquarters, where Nia Jerwood and Monique de Vries are Australian representatives in the 470 class before jumping back to 420’s in January to claim the World Women’s title in that class – but this time it is their parents in the spotlight.

Nick Jerwood, Nia’s father and a former world champion in the Flying Fifteen class, teamed up with her brother Matt, and Monique’s father Brian, to win the Schweppes Viper 640 World Championship 2018, conducted by Western Australia’s South of Perth Yacht Club on the Swan River.

Justin Scott, who travelled from the USA, repeated his success at last year’s Worlds by finishing second with two third placings in the last two races.

The American stated at the start of the campaign that he came to Perth expecting a top five finish, so he would have been delighted with his performance. Sailing with young local guns Conor Nicholas and Luke Elliot, the combination improved steadily throughout the regatta, with no worse than a third place in any of the final six races.

Match racer Keith Swinton, originally from Perth but resident these days in the USA, held down second place until the final day, bombing out with an early start in the last race of the series and allowing Scott to relegate him to third.

Conditions were difficult for both competitors and officials today. The forecast strong winds did not materialize and instead winds shifted between 140 and 190 degrees for some time this morning before finally settling enough to allow racing to proceed after a long delay. Wind strength never reached 10 knots.

It was a brave skipper who dared to stray out to the corners of the course in either of today’s races and the rewards went to those who worked the shifts down the middle.

The consensus from competitors was a big endorsement for the championship. Most praised the organization and the way racing was run, the weather offered a little for everyone – from light breezes through to a testing 28 knot gear breaker, this regatta had it all.