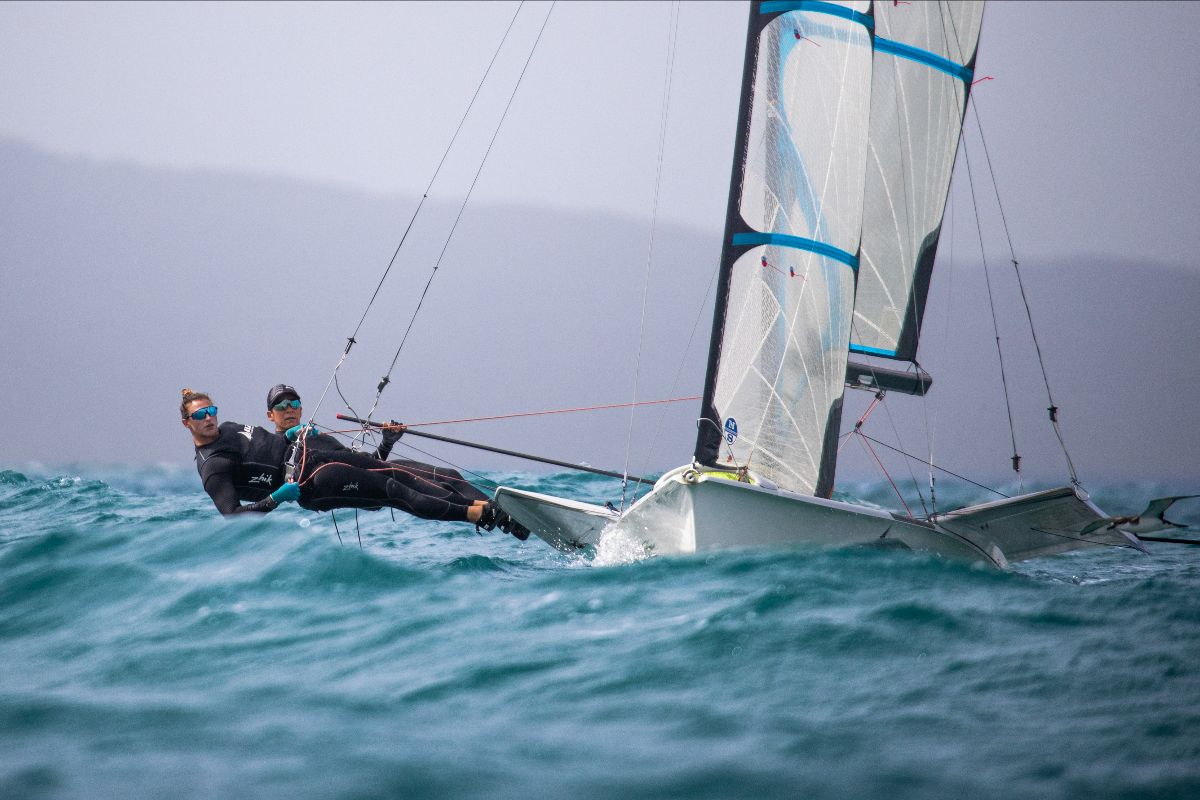 Jo Aleh is teaming up with Molly Meech in the 49erFX.

Jo Aleh always insisted she hadn’t retired as a high-performance sailor and will now make a tilt for a third Olympic medal, this time teaming up with Molly Meech in the 49erFX.

The 35-year-old, who won Olympic Gold (2012) and Silver (2016) with Polly Powrie in the women’s 470, has spent most of the last five years coaching, but the draw of Olympic class sailing has remained.

Aleh is taking on a new challenge this time around, switching from the 470 in which she achieved so much success to the 49erFX, the women’s skiff class used at the Olympics.

She will at least have an experienced hand beside her, having teamed up with 2016 Olympic silver medallist and former 49erFX world champion Molly Meech.

Meech and Alex Maloney announced late last year they were looking for new challenges after 10 years sailing together and Meech was also this week named as one of 10 recipients of a new Prime Minister’s athlete scholarship internship pilot programme running in 2022.

“Luckily enough for me, Molly was floating around and is brave enough to come sailing with me,” Aleh said. “To have someone who’s been there, done that, it’s going to save us a lot of time, for sure.

“I have a huge amount of respect for her – I think she’s an amazing sailor – and to have a chance to sail with her in this campaign makes it possible.”

For Meech, the partnership is a chance for her to sail with someone she looked up to as a youngster and someone she learned a lot from when emerging on the international scene. She wasn’t sure she was going to continue sailing after the Tokyo Olympics but is excited about throwing herself into a new campaign.

“I decided that I wasn’t quite done with sailing and also wanted to continue with the 49erFX and see what more I could achieve,” she said. “Jo and I have a lot of work to do but we are pretty excited about what we are trying to do and where we want to go.”

The learning curve will be steep for the pair, especially with the Paris Olympics only two-and-a-half years away, but Aleh proved herself to be one of the world’s best sailors in the eight years she sailed with Powrie. On top of their two Olympic medals, the pair also won world and European titles and in 2013 were named Female World Sailors of the Year.

“I know there are a number of hours you need to do in the boat for it to feel comfortable and natural so I’m definitely not putting too much pressure on the next year but we are both pretty competitive people and we are going to want to do well so I think it’s just something we are going to keep track of and make sure we don’t expect too much too early,” Aleh said. “As long as we are showing some promise, and progression, then I think we will be happy.

“We have a short run at [the Olympics] but we think it’s enough time. We don’t need to be beating everyone next year. It’s only two-and-a-half years but it’s enough time, we think. It’s just about hitting the top at the right time.”

The first assignment will be next weekend’s 49er and 49erFX national championships followed a week later by the Oceanbridge NZL Sailing Regatta at the Wakatere Boating Club. The pair will continue training in New Zealand before relocating to Europe in April for a large part of the northern summer.

Aleh will bring a new perspective to her sailing after a number of years coaching New Zealand’s top Nacra 17 combination Micah Wilkinson and Erica Dawson, who were 12th at last year’s Tokyo Olympics. It was during the countless hours on the water that Aleh’s thoughts often returned to competitive sailing.

“I was watching last year’s 49er and 49erFX nationals, coaching Micah and Erica at the time, and I was watching thinking, ‘I’m sure I could do that’. I then did the 470 nationals and it just came back. It was like I had never been away. I thought, ‘I can do that, I’ve got that in my pocket’, but the appeal of a new class and having to learn everything from scratch is really what drives me.

“I love that learning factor. It’s like the difference between the 2012 and 2016 campaigns. In 2012 we learned so much every day but for 2016 we were looking for that one or two percent and it’s so much harder to be as excited about it. The idea of learning something new again and tackling something I’m not sure I can achieve quite excites me.”