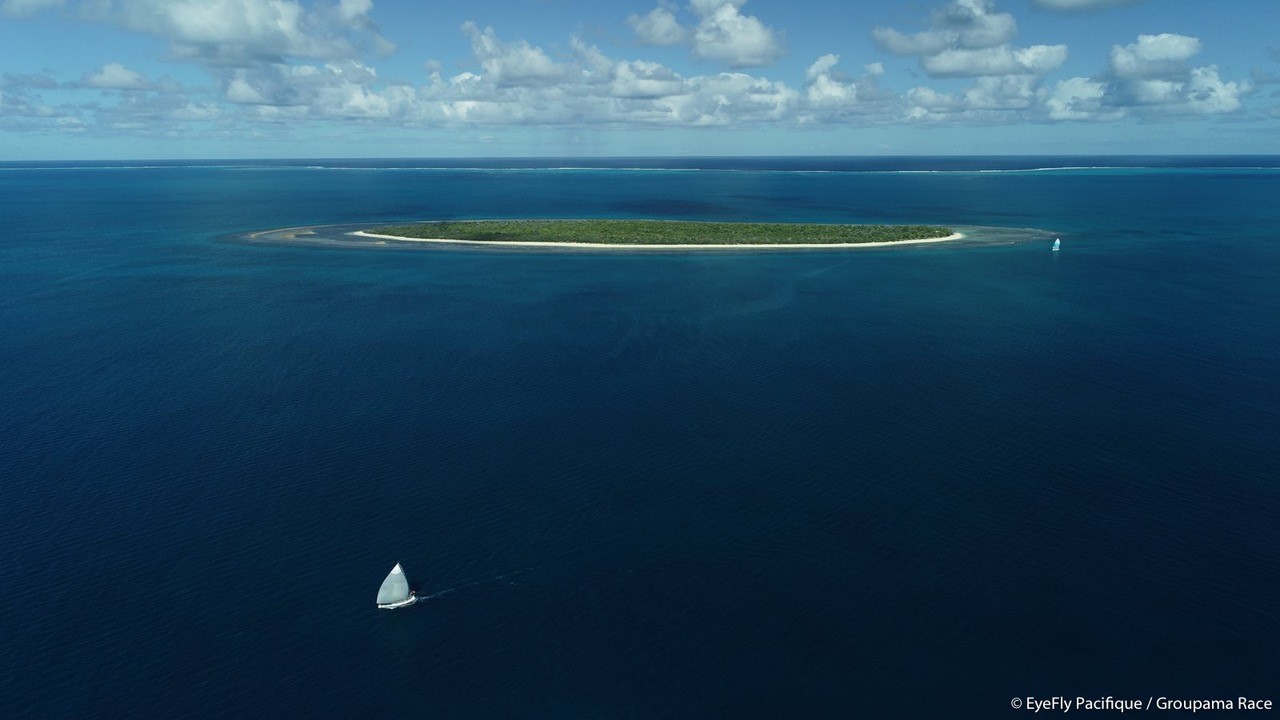 At present, 21 boats have registered for the next edition of the New Caledonia Groupama Race. Pic - EyeFly Pacifique/Groupama Race

Travelling overseas can be seen as a challenge in the current climate, but New Caledonia is a hop, skip, and a jump across the Pacific.

New Caledonia is readying to welcome travellers with open arms for the potential feeder races, and the New Caledonia Groupama Race itself, starting on 19 June.

“We are waiting for a decree which should come out in the middle of the week”, stated Patrice Faure, the highest French Government representative in New Caledonia. “The conditions for rule changes will be defined in this decree which should also establish the end of seven days of quarantine”.

Since February 24, all sporting events have been officially encouraged in New Caledonia. These decisions should quickly lead to other rules lifting, in addition to changes to the duration of quarantine, we should also see an easing of restrictions for unvaccinated travellers.

At present, 21 boats have registered for the next edition of the New Caledonia Groupama Race. The entry deadline for the race is 20 March, this will be extended so that international travellers have more time to know exactly what the rules and requirements will be.

Already 21 boats have registered, 17 are from New Caledonia. With boats from the Ponant Sydney to Noumea Yacht Race joining the fleet, more than 30 boats might be lucky enough to Race in Paradise in 2022.

One of the first entrants for the 2022 edition of the Groupama Race in Paradise was Wings, owned by Ian Edwards out of the Royal Prince Alfred Yacht Club, who also competed in the 2018 edition.

“New Caledonia is a very welcoming and nice place to be, and the race itself has a great combination of top end race boats and cruiser racers, both local and from abroad,” said Edwards. “My wife, Lindy did the race last time as well, and she normally tries to avoid the long ones.”

The race starts and you go around the south side of the island, and it’s just beautiful. Once you are on the eastern side you can go fast up the coast, that is if you get the trades [tradewinds] you get a really nice fast downwind or fast reaching section that is not too far offshore. Then you go around the north end and the virtual marks and you come back down the western side, and typically beat through the reef just off the island, the most we saw was 25-30 knots.

“You’re likely to have all points of sail while you are doing the race, and then there are navigational challenges to get the best wind, so it’s a good 650 miles. For Wings that is anywhere from three-and-a-half to five days if it’s slow, so a nice long decent race and as a skipper the challenge is to sustain the team over multiple days.

“The race is not nearly as tough as a Sydney Hobart; you are unlikely to have severe conditions and it is far warmer as you are far enough north that it is warm, even in June.

“Essentially, the New Caledonia Yacht Race is a race of many facets – it’s a great challenge, great length plus a great place to be! It is just a great package!

“We spent three weeks cruising before we came back last time. It was pretty easy to combine the race and the cruising, and everyone was very friendly, not just in New Caledonia but in the entire region.

“We won the media prize for that race as we sent back so much content, and it was a great bag of goodies as well. The race was all over the news, and on the front of the newspaper, it is important to the Island, and it was great to be a part of it, which is why we are coming back.”

Brian Petersen will also be back for another go at the race, this will be his third time, but the first on his modified TP52, V5. “It’s certainly a positive to be able to go and actually race,” he said. “That has been our biggest concern actually whether it would go ahead or not.

“I have done it twice on the Ran Tan [Ran Tan II] both were very enjoyable, it really is a fantastic island to race around. It is typically a windward leeward, but the last two times we have done it it hasn’t been typical.

“My wife is pretty keen to go as well. We just like the climate, the food, the wine, the ocean, the palm trees, and driving on the wrong side of the road is always fun too!

“There is no offshore race out of New Zealand as unfortunately the feeder race from here isn’t going ahead, so we will just cruise up to do the race, but we will be well prepared. The next month is going to be particularly busy in terms of racing for us, and then we have the 400 miler, the Three Kings Race in early April, departing Auckland and taking the Three Kings to starboard and heading back”.

The last time Petersen was in New Caledonia, he was racing his previous boat Ran Tan II, a 50ft Elliot which unfortunately lost its keel and was abandoned in 2019. Ran Tan was on the way to Los Angeles to compete in the Transpac.

“When we lost Ran Tan I thought, well this is the end of my sailing career, but here we are… it’s amazing how things work out,” he reminisced.

“We have all moved on, and have put another interesting chapter in my sailing career. V5 is quite a different boat, with a bigger crew, 12-13. It goes well for a 20-year-old boat, the first TP52 that was put in the water. She has a great heritage, and I am happy to be able to continue that for another couple of years.

“V5 is modified with a canting keel, and there is a big variety through the fleet of TP52’s as you know. This particular boat was designed and built to do offshore racing, it has actually done the TransPac a few times.”

No doubt there will be other TP52’s who join the fleet to challenge V5 for the Race in Paradise in 2022.