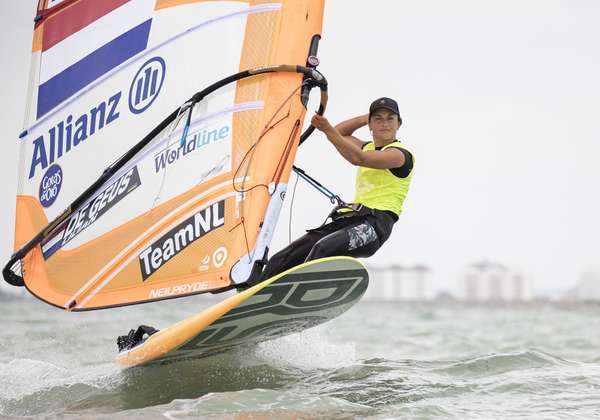 Both Badloe and de Geus won gold at the 2020 Worlds in Sorrento, Australia, and repeated this feat at this year’s event.

Badloe had wrapped up gold ahead of the final day, finishing fourth in the Medal Race to triumph with a 24-point advantage.

Points were much tighter in the Women’s fleet, but a fourth-placed finish in the Medal Race for de Geus confirmed the gold by seven points.

These were the last World Championships for the RS:X class, with the iQFOiL becoming the Windsurfing Equipment for Paris 2024.