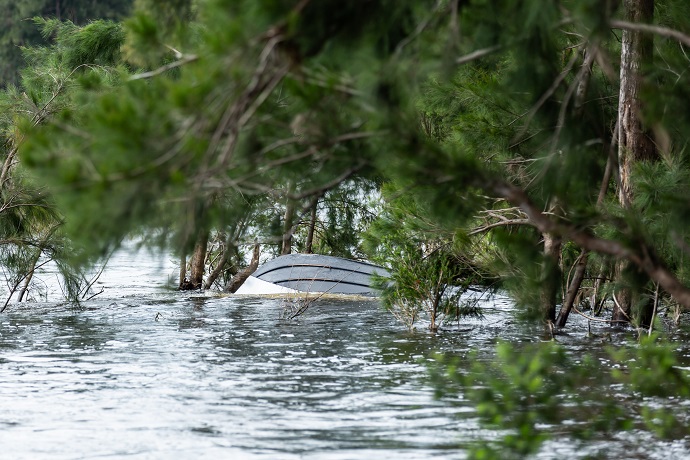 The boat will be towed to shore for further examination. Pic - Megan Dunn.

Just days after a 33-year-old woman died on Australia Day, another group of boaters were involved in a near tragedy on Nepean River in Penrith this afternoon.

A family boating day turned to trouble as three adults and two children had to be winched to safety after their boat hit the Penrith Weir and capsized.

About 3.15pm on Sunday, January 30, emergency services were called to the Nepean River, near Bruce Neale Drive, after reports a boat with five people on board had overturned.

NSW Ambulance Acting Inspector, Peter Van Praag told the Weekender that life jackets most certainly saved the lives of the children involved in the incident.

For the full story, see: https://westernweekender.com.au/2022/01/near-tragedy-after-second-boat-capsized-on-nepean-river/