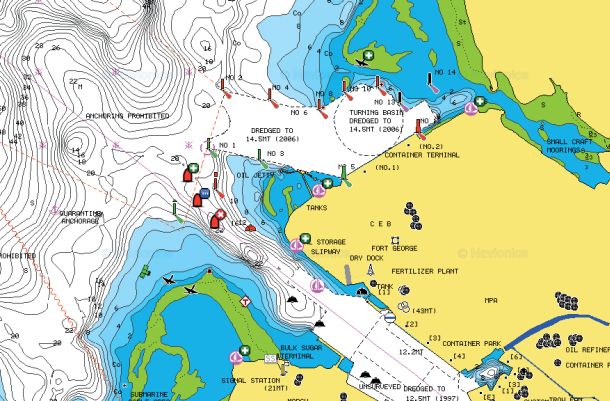 Navionics has announced their recent sponsorship agreement with the Australian Sailing team as official supplier of electronic nautical charts.

After successful trials of the maps during the 2014 ISAF World Championships, and the Rio Olympic Test event, Navionics charts were deemed the preferred solution by the Team’s technical advisors. Navionics charts will be included in the onboard inventory at various Australian and International events in the lead up to the 2016 Rio Olympic Games. Navionics charts will be used in conjunction with Navico supplied B&G Plotters which benefit the team's coaching and training vessels with a high level of environmental awareness offered by the charts and the ability to cross reference other performance data.

Navionics have introduced many recent innovations to the Australian market, a notable inclusion is the SonarCharts feature which offers hi-definition bathymetric data, allowing users to continuously improve maps using their own recorded logs and to provide a better understanding of underwater features. Alongside the charts being used on each of the boats, the team is also looking into Navionics mobile device apps allowing Navionics Charts to be viewed across multiple display platforms.

Navionics charts are available for purchase via an Australia wide dealer network.