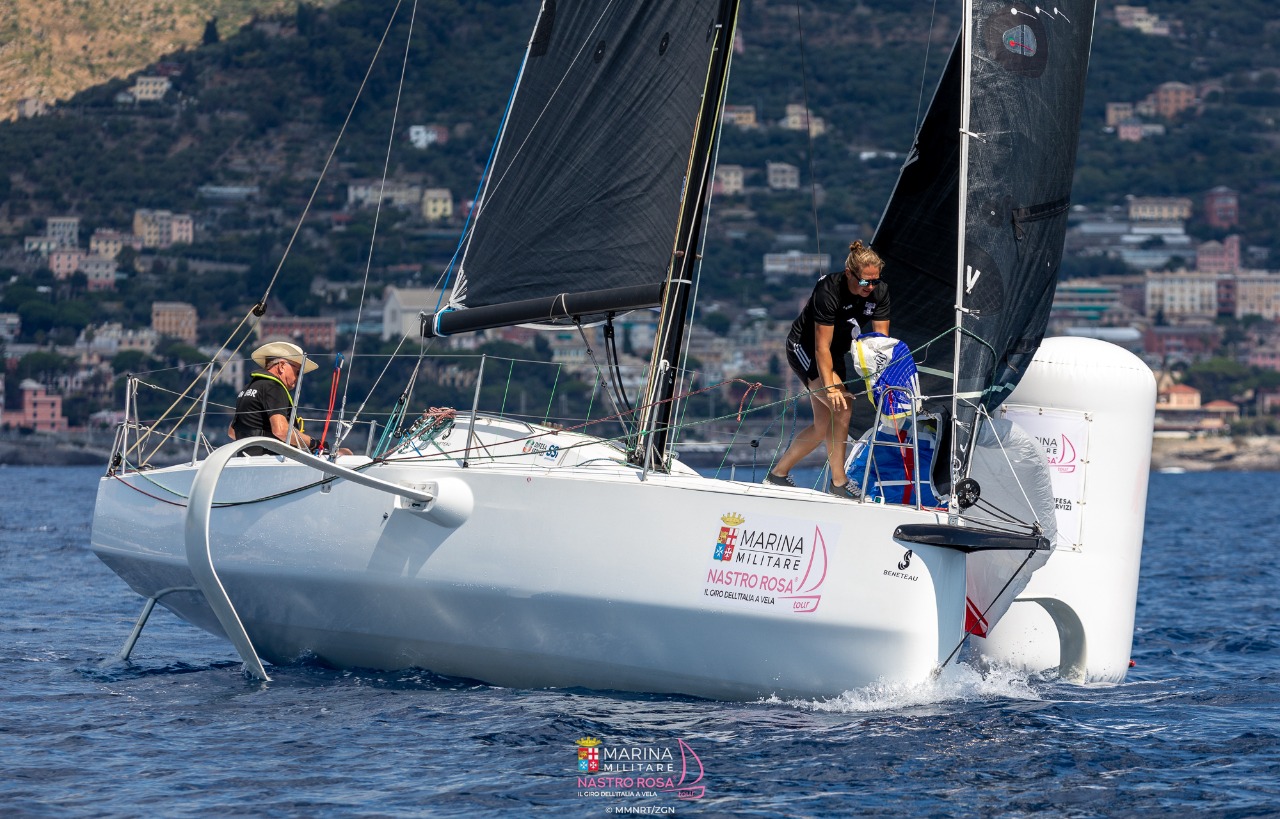 The first leg of the Double Mixed Offshore European Championship, from Genoa to Civitavecchi, is now complete. Pic - MMNRT/Zerogradinord

At the end of a long night of arrivals, the first leg of the Double Mixed Offshore European Championship, the main event of the Marina Militare Nastro Rosa Tour, is now complete.

The Beneteau Figaro 3 Team ENIT, sailed by Alberto Bona and Cecilia Zorzi, won the leg in 34 hours, 18 minutes and 33 seconds. The Italian duo defended the leadership for almost the entire leg, from Genoa to Civitavecchi. In second place was Sophie Faguet and Jonas Gerckens’ Team Belgium, finishing just over 40 minutes after the winners.

The arrivals of the remainder of the fleet ended this morning and partly coincided with the entry of the Nave Scuola Amerigo Vespucci at the port of Civitavecchia. Under the command of Captain Gianfranco Bacchi, the ship was admired by onlookers on the docks of the Lazio port. The Vespucci is now moored next to the square occupied by the Regatta Village of the Marina Militare Nastro Rosa Tour.