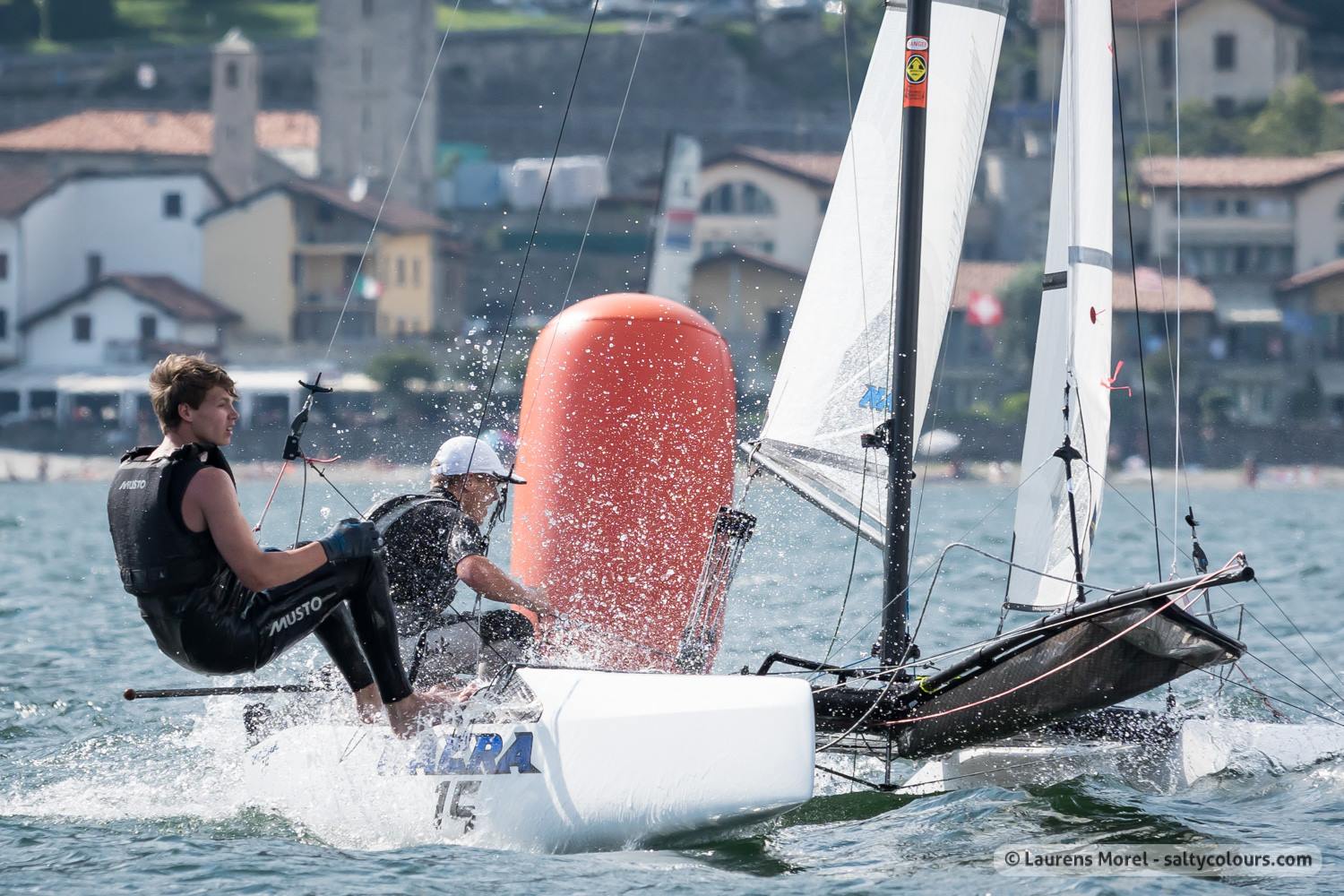 The Nacra 15 will make its debut at the 2016 Youth Worlds in Auckland. Photo Laurens Morel.

When the 2016 Aon Youth Sailing World Championships gets underway there will be a new class and a new opportunity for the young sailors to prove themselves in.

The Nacra 15 multihull will make its debut at the 2016 Youth Worlds, to be held in Auckland, New Zealand from 14 – 20 December, and it has got a former medallist very excited for the new challenge ahead.

Sailing with Nick Egnot Johnson at the 2015 Youth Worlds in Langkawi, Malaysia, Jackson Keon won a silver medal in the 29er, but with Johnson now too old to compete, Keon had to look elsewhere to continue his Youth Worlds adventure.

“This year I'm with a different crew,” explained Keon, “and we placed second in the 29er class [trials]. As New Zealand didn't have a Nacra 15 team we got the Youth spot in the Nacra class and get to sail and train in the catamaran.”

Keon's new team mate is Tom Fyfe who will now join him in his assault on another Youth Worlds medal. For Keon though, he is just happy to be at the pinnacle youth event again and sees it as a step to bigger things in sailing, “It's cool to come to another Youth Worlds and the America's Cup is cats now. I could see myself sailing catamarans at that level or in the Olympic classes.”

The introduction of the Nacra 15, the precursor to the Olympic class Nacra 17, and Keon's entry to this year's fleet has given the young sailor something to think about, especially with the well known duo of Pete Burling and Blair Tuke setting the bar so high in the 49er, “There is a lot of competition in the 29er and leading in to the 49ers, so for just one spot it's quite a struggle for people to jump straight in to the class. There are also people who will be in that class for a long time. Maybe cat sailing isn't such a bad idea.”

Time will tell if 'cat' sailing is a good idea or not for Keon, but for the immediate future he has the Youth Worlds in his home nation to compete at, “A medal would be ideal. But it is new and we don't know much about our competitors, they could have sailed it less than us, we just don't know. If we could come away with a medal it would be an awesome thing to tick off.”

If Keon and Fyfe are to get a medal they will have to get past a French team which has last year's multihull (SL16) gold medallist as crew. Charles Dorange won 14 of the 15 races in the 2015 edition with then helm Louis Flament, and even with a new team mate, Tim Mourniac, you can't help but feel there will be another strong French multihull challenge.

Elsewhere in the fleet, Great Britain's Jack Butters and James King and Italy's Gianluigi Ugolini and Maria Giubilei return to the Youth Worlds in the multihull hoping to take the lessons learned from Langkawi and apply them to the waters off Torbay Sailing Club in Auckland.

Also trying his hand at the new class is USA's Romain Screve who sailed against Keon in the 29er at the 2015 Youth Worlds. Screve teams up with Ian Brill this time around.

The Nacra 15 will begin at 12:55 local time on 16 December with three races scheduled for the Open Two Person Multihull.