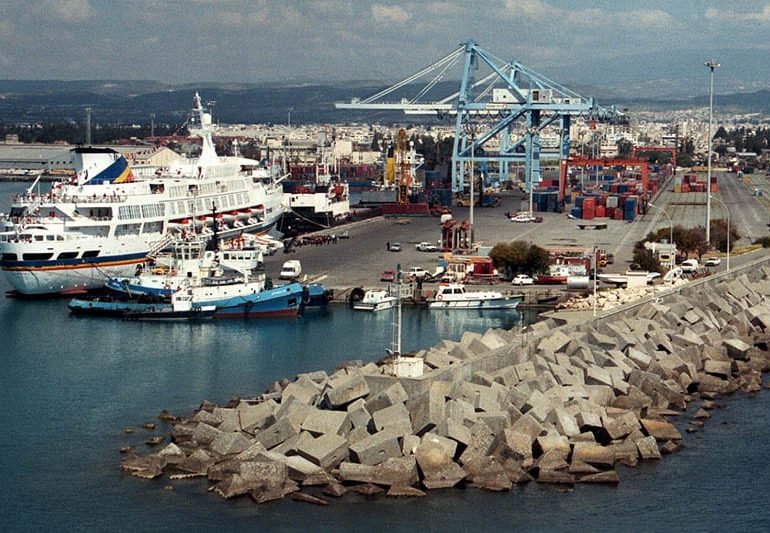 Angelos Anastasiou of the Cyprus Mail Online reports a strange case of a sailboat with a broken mast and no crew:

A crewless sailboat, which had been spotted some 90 miles south of Limassol two weeks ago but not found by a tug-boat dispatched to bring it to the Limassol port, was eventually towed ashore on Monday night, and police are investigating the circumstances under which it came to float in the region, the Cyprus Mail has learnt.

The Cyprus Joint Rescue Coordination Centre was first notified of the existence of the vessel floating without a crew to the south of Limassol on July 16 by a US aircraft.

In a statement the next day, the JRCC said it had dispatched a military helicopter, which located the sailboat and confirmed it carried no crew.

The helicopter operator also reported that no people were spotted in the sea area around the boat.

Next, Limassol-based shipping logistics company EDT was contacted by the JRCC to send one of its tugboats out to tow the sailboat back but it appeared to have drifted away and the tugboat was unable to find it.

The sailboat resurfaced again on Monday morning, and EDT sent out its tugboat again.

“We found it some 90 miles to the south of Limassol,” EDT operations manager Mike Socratous told the Cyprus Mail.

“We could see it had a broken mast and some other minor damage, suggesting it had been in some accident, maybe weather-related.”

The boat is now in the Limassol port and police are searching for clues regarding its owners and how it came to float around near Cyprus.

“It’s in our shipyard and covered in police,” Socratous joked.

Limassol CID chief Ioannis Soteriades confirmed that the boat is being examined, but noted that no evidence of foul play has been found.

“We are investigating this case in collaboration with the Merchant Shipping Department and the Cyprus Ports Authority,” he said.

“We have sent out the appropriate notices via Interpol.”

According to Soteriades, the boat appears to have been registered in an Arabic country but the owner has not yet been located.

“We have conducted all the relevant investigations and there has been no evidence of any criminal activity surrounding this boat,” he said.