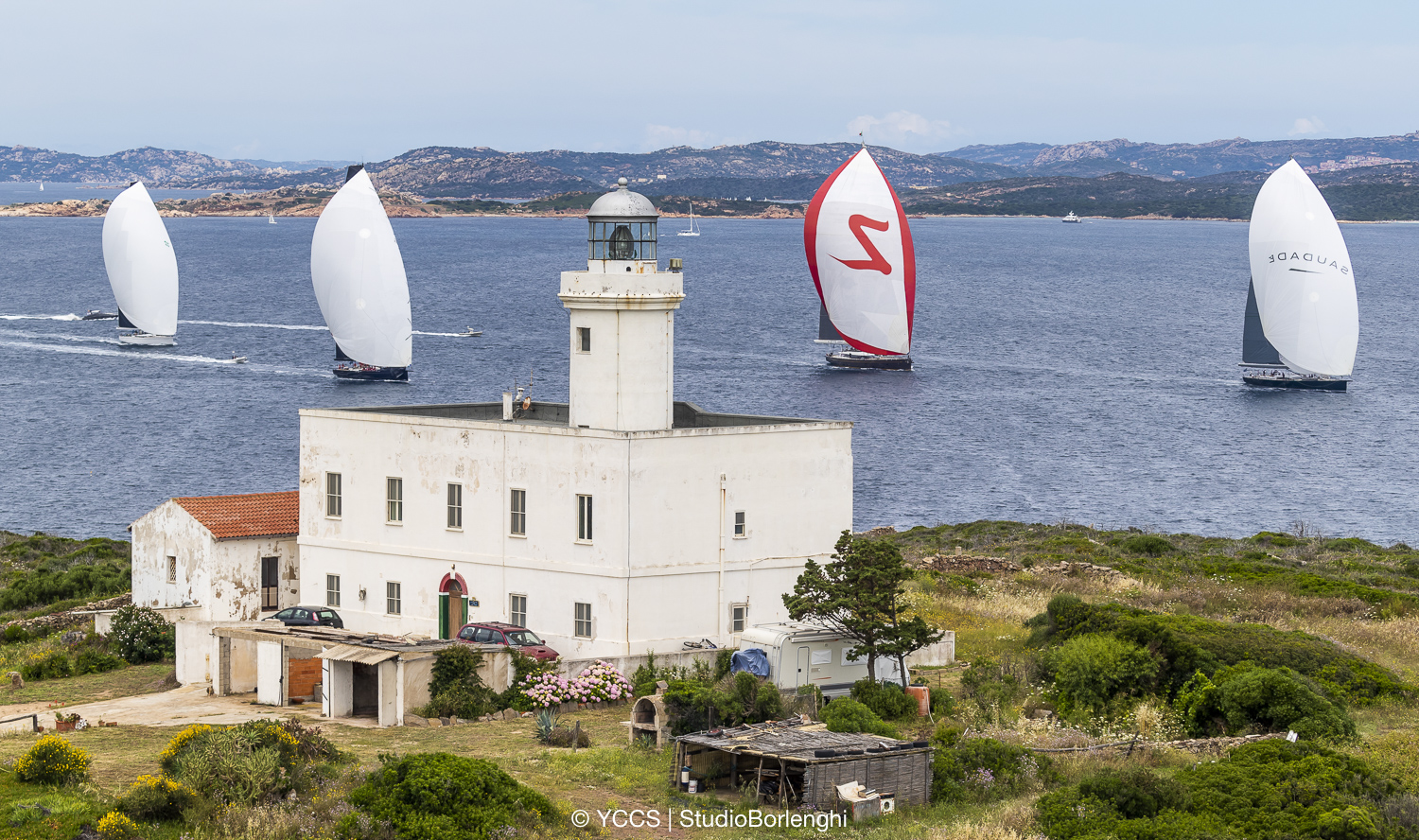 Porto Cervo, Italy: Sardinia put on her best show today, providing sunshine and a mistral wind for the final day of the 11th Loro Piana Superyacht Regatta, organised by the Yacht Club Costa Smeralda with the support of title sponsor Loro Piana.

My Song triumphed in class A and Savannah, on her debut in this regatta, took victory in class B.

As scheduled, at 11.30 a.m. on the waters off Porto Cervo the Race Committee, led by Peter Craig, began the starting sequence starting for the coastal race of about 31 miles around the islands of the La Maddalena archipelago.

A mistral wind was blowing at 22 knots which fell slightly to 20 knots over the course of the race. The superyachts started from Porto Cervo, circumnavigated the islands of Caprera and La Maddalena to port and left the Secca di Tre Monti to port before leaving the Monaci islets to starboard and returning to Porto Cervo.

There was a spirited battle in Class B, where the ‘little’ Savannah, an elegant Spirit of Tradition yacht of 27 metres, scored a hat-trick, beating the 46-metre Ganesha once again, this time by just 33 seconds.

“It's great to win, it's a wonderful regatta and the best location in the world.” commented Savannah's owner, Hugh Morrison. “We had very good breeze today, very good conditions, flat seas and it was really very impressive to see all the other boats catching up with us.” Third place in class B went to Escapade.

Ganesha crossed the finish line first in real time followed by My Song by just 1 minute and 53 seconds, who had started 15 minutes behind Ganesha due to being the fastest boat in the fleet and therefore the final one in the starting sequence.

Class A also saw a hat-trick as My Song notched up her third victory today while her direct rivals suffered various problems and equipment failures. The 148-footer Saudade withdrew just minutes from the start due to a problem with her foresails, while Inoui remained in port. Highland Fling, which yesterday collided with a submerged, unmapped rock, today sailed for Palma de Mallorca for the necessary assessments.

In class A, My Song was joined on the podium by Marco Vogele's Inoui and Saudade, owned by Albert Buell. The Silver Jubilee Trophy, reserved for the top superyacht from both classes over 100 feet long, went to My Song, which also claimed the award for the top placed yacht owned by a YCCS member.

The Loro Piana Superyacht Regatta 2018 ended with the prize giving in Piazza Azzurra attended by Princess Zahra Aga Khan, President of the YCCS and One Ocean Boards of Directors. Yesterday, on World Oceans Day, the Princess took part in the YCCS Clean Beach Day, removing refuse from the Tre Monti beach together with school children from Arzachena and Cannigione.

Princess Zahra Aga Khan declared: “This year we started the One Ocean foundation which is one of the most recent additions to ocean conservation. There are many people doing this already but we thought we'd add our little contribution to maintaining the health of the marine environment.

“Thank you all for being here, sailing is so representative of a clean, healthy approach to living on and honouring the sea.”

YCCS Commodore Riccardo Bonadeo stated: “We had to wait a few days, but in the end the typical mistral wind and the Sardinian sunshine made this final day of the 11th edition of the Loro Piana Superyacht Regatta unique.

“Warm congratulations go to our member and friend Pier Luigi Loro Piana for his win and to the team on Savannah, who took victory in their class on their debut at this regatta. I would like to thank all the participants, the Race Committee and the YCCS staff together with the title sponsor Loro Piana who has worked alongside us for years on this exclusive event which represents the perfect combination of sporting action and social events.”

Pier Luigi Loro Piana, owner of My Song: “Almost paradoxically I'm sad because such a great event has come to an end. Sardinia in this season is always fantastic, and today has made up to everyone present for the uncertainties of the first few days.

“I'm also sorry for the many owners who were unable to be present for this edition, and I would like to take this opportunity to invite them here for the next one. Finally, I want to thank my crew for the great job they did on tuning the boat, they deserve the credit for this victory.”

The next event organised by the Yacht Club Costa Smeralda will be the Audi Invitational Team Racing Challenge from 21 to 23 June.