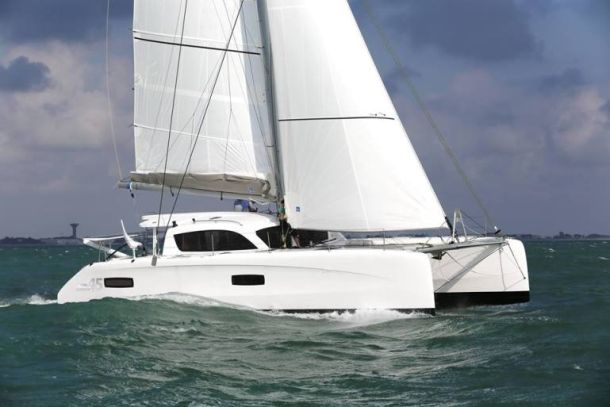 Outremer Yachts have announced Australian distributors, Multihull Central, as its 'dealer of the year' for 2014 at the Dusseldorf Boat Show.

Several new boats recently sold following the Outremer brand being exposed to the Australian market after its debut at Sanctuary Cove and Sydney boat shows last year by Multihull Central. Multihull Central’s Victorian sales representative, Terry Jones, was on hand at Dusseldorf to receive the award.

With a 30 year heritage of building performance blue water production catamarans in the south of France, Outremer have had a following in the northern hemisphere and with the help of Multihull Central, Australia is now discovering the brand. In 2010 Outremer was launched with the Outremer 49 which subsequently won 'European boat of the year'. This success was followed with the launch of the 59ft Outremer 5x which won 'European boat of the year' in 2013.

In 2014 the Outremer 45 was unveiled and strong orders ensued.

“The range of Outremer catamarans are world class are setting the bar for performance in production catamarans,” said Brent Vaughan, director of Multihull Central, “we are delighted to be selling these exciting boats and working with such professional people at Outremer”.

Multihull Central have grown in the past couple of years, having merged with long established Multihull Yacht Sales Australia based in Manly, QLD plus agents in Airlie Beach, Melbourne and Perth. Multihull Central is providing an alternative for selling and buying catamarans and trimarans with a large range of preowned multihulls for sale in  Australia.