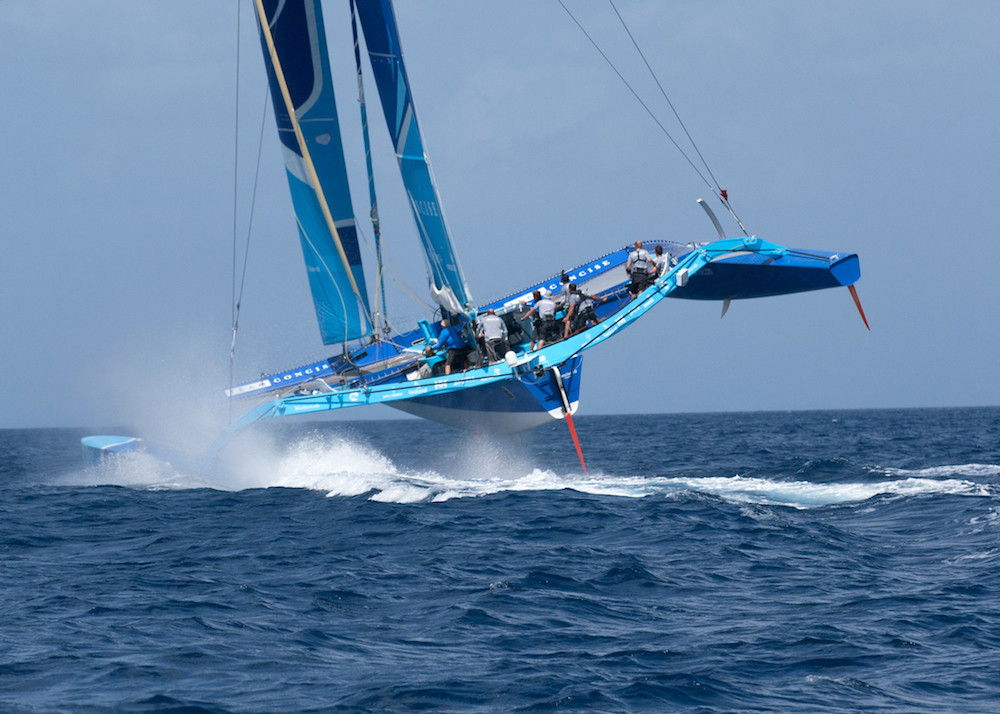 Bridgetown, Barbados (24 August, 2017): As the European summer regatta circuit begins to draw to a close, the Caribbean vibe in Barbados is beginning to rumble with plans already in place for the annual Mount Gay Round Barbados Race Series – 16-24 January 2018.

The 82nd edition of this Caribbean season opening Mount Gay Round Barbados Race Series regatta, organised by Barbados Cruising Club in association with Barbados Tourism Marketing Inc, and Mount Gay, is now one of the most popular events on the circuit. With direct, regular flights from London to Barbados, now could be the time to consider a midwinter charter option or, for those planning a transatlantic crossing in the next few months, consider a rewarding trip to beautiful island of Barbados during regatta time.

Other than three days of coastal racing, one of the main draws is the headline event – the 60nm Round Barbados Race – which offers speed sailing enthusiasts not only a chance to enjoy spectacular sailing on a race circuit with uninterrupted winds, but also a chance to win their skipper’s weight in rum if any of the 20 records are broken.

Tony Lawson’s MOD70, MS Barbados Concise10 thatcurrently holds the record for the fastest time ever recorded/the Absolute Multihull (2 hours, 37 minutes, 38 seconds) pipped Lloyd Thornburg’s MOD70 Phaedo3 to the post by just 12 seconds in 2016. Skippered by Ned Collier Wakefield and team from the UK, MS Barbados Concise10 will be back on the racetrack in January to defend her title.

The 60nm sprint around the island of Barbados is also the perfect playground for big classic yachts such as the three-masted 65m schooner Adix, and the 55m A Class Schooner Elena – the yacht that holds the Classic record of 6 hours, 11 minutes, 19 seconds. To celebrate the heritage of this historic regatta that dates back to schooner racing in 1936, thousands of spectators gather annually at vantage points around the island to watch these glorious yachts under sail.

In total contrast is the growing smallboat sector. As well as a Multihull Doublehanded record established this year by Bryn Palmer and Evan Walker on the RC30 catamaran Silver Bullet, anAbsolute Foiling Monohull record was established, which means for those who believe they can better Andy Budgen’s Mach 2 foiling International Moth time of 4 hours, 23 minutes, 18 seconds, the gloves are most definitely off.

Interestingly winning the skippers’ weight in rum by breaking one of the established records is not all about out-and-out racing machines, which is one of the reasons why the event also appeals to club sailors and the charter sector.Sailing his Dufour 44 – Luna – Andreas BergfromGermany circumnavigated the Island in 8 hours, 7 minutes, 31 seconds and in doing so set a new benchmark time for the Singlehanded record.

The Mount Gay Round Barbados Regatta Series is based off the Barbados Cruising Club beach at the south-west corner of the Island in Carlisle Bay where there is plenty of mooring space. However, demand is starting to increase for space in the recently completed, and conveniently located marina facilities that includes online clearance through Sail Clear, plus washing facilities and Wi-Fi.

Finally, a visit to the regatta and the home of Mount Gay wouldn’t be complete without experiencing the legendary Mount Gay Rum Red Cap party. There is even a tour/tasting session at the Mount Gay Distillery and, on layday, there’s a chance to enjoy the specially laid-on exhibition polo match… with more rum… naturally.