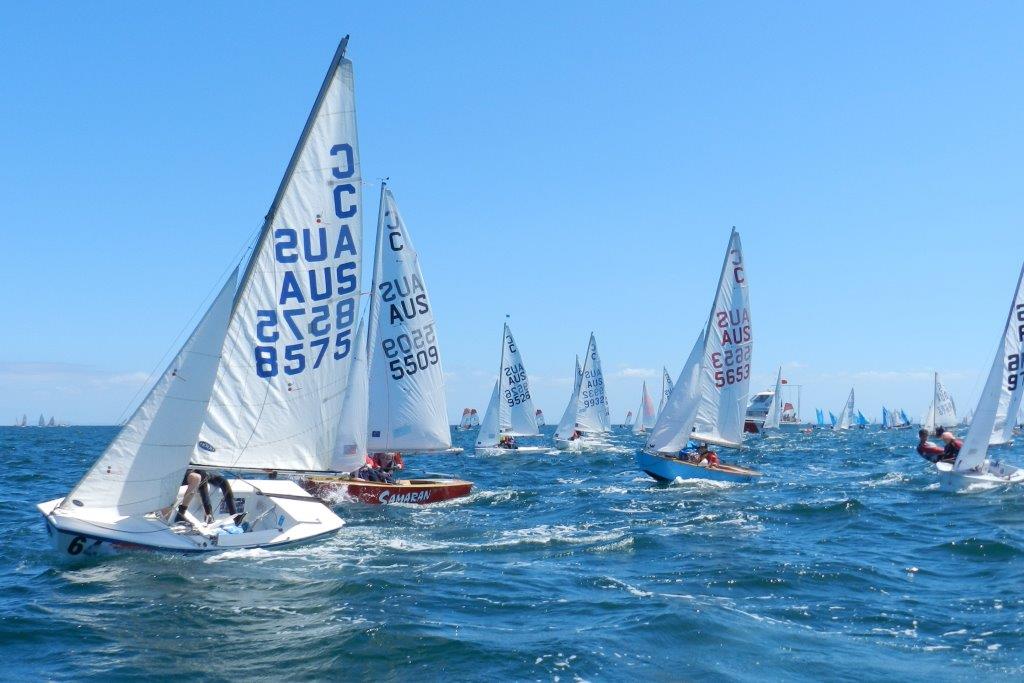 11/10/2018
More than 250 sailors are set to descend on Sandringham Yacht Club this weekend as the two-day Sail Sandy Regatta gets underway on Saturday.
Entries have already surpassed last year's numbers of 160 boats with more than 170 entries as of today, however even more are expected to flow through before the event starts.
Sail Sandy has a great mix of classes, both single and double-handed, juniors and seniors, with the Optimists and the International Cadets leading the way in terms of fleet numbers.
The incredibly strong Victorian International Cadet fleet will be on show at one of its key strongholds of Sandringham, with 29 boats and 58 sailors already registered. Among the fleet are some top contenders including recent World Championship competitors Jarrah Harris Moore and Elliot Hughes, both from the Royal Geelong Yacht Club.
The Optimist fleet is showing a lot of strength as well with 31 competitors in the Open and Intermediate fleets, along with another eight racing in the Green Fleet.
There are plenty of other junior classes involved and showing strong fleets as well, with the 29ers, 420s, Lasers, Minnows and Open Bics all with large fleets already entered.
While Sail Sandy is a massive event on the youth calendar in Victoria, there are also a number of senior classes involved and using it as a chance to kick off their 2018/19 seasons.
The Waszp one-design foiling fleet, which is going from strength the strength in Victoria, will have a strong presence this weekend and is expecting about 10-12 boats in attendance.
The Victorian Waszp fleet is kick starting its season at Sail Sandy in what will be a massive season for the class, culminating at the 2019 International WASZP Games in Perth. Numbers are expected to grow throughout the season as more boats get shipped into the country.
This year's Sail Sandy also includes some star entries such as reigning national Laser Radial champion Rhett Gowans, who is hopping back in the boat to show everyone how it's done, as well as a fleet of foiling kites involved as part of their state championship.
Alistair Murray is one of the top contenders in the 12-strong Tasar fleet, which is also showing awesome growth throughout Victoria.
Finns, 49ers and a range of catamarans are also involved in what is sure to be a cracking event.
For more information, or to register for Sail Sandy, head to the event website http://syc.com.au/sail-sandy/
– Harry Fisher