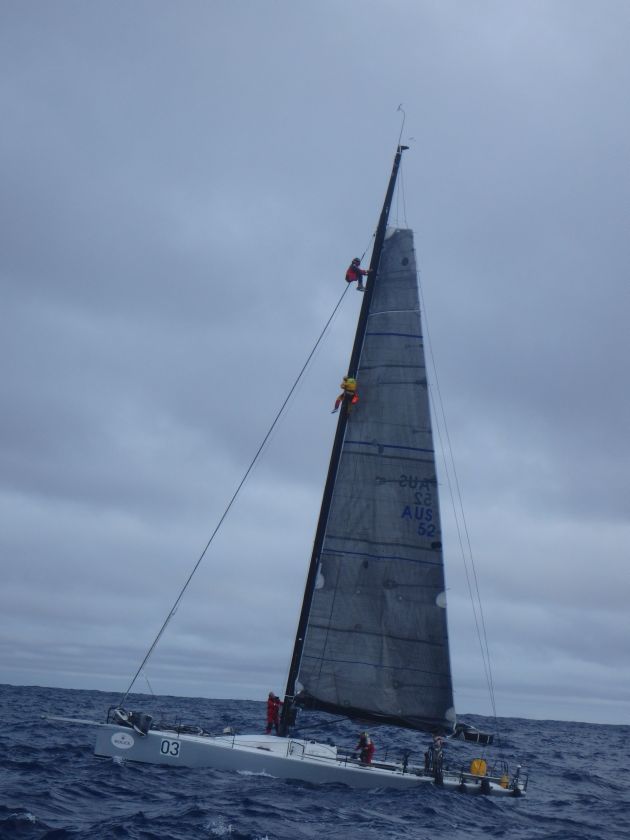 As the Clipper 2015-16 Round the World Yacht Race teams returned to the UK capital at the weekend one of the twelve teams was presented with a very special award. Following its 40,000 nautical mile, eleven month long challenge of a lifetime, the Mission Performance team was announced as the winners of the Henri Lloyd Clipper Race Seamanship Award.

Mission Performance crew member Gavin Reid and his team were presented with the honour by Henri Lloyd joint CEO Paul Strzelecki. The award was voted for by the public after the team went to the assistance of a yacht in distress during Race 6: The Henri Lloyd Hobart to Whitsundays Race.

The team discovered the M3 yacht (a non Clipper Race vessel) with a wrapped propeller, a damaged mainsail and a sailor stuck at the top of the mast, and the team suspended racing to go to its assistance.

Crew member Gavin Reid, a 28 year-old Supply Chain Coordinator living in Devon had no previous sailing experience before signing up for the race. Born deaf, Gavin never let his impairment hold him back – growing up in Scotland he played several international matches for Scotland’s deaf Rugby Union team. During the rescue, he climbed the vessel’s mast and took two hours to free the yacht’s crewman, who had been trapped for nine hours. During the time on task the boat was buffeted by a heavy sea state making the ordeal hazardous, exhausting and mentally challenging. Mission Performance additionally made its on board medic available to the M3 crew.

Receiving the award, Gavin said: “It’s all a bit of a blur really, it’s never something I would have expected to win after the event, at the time it was just something I felt I had to do and am honoured to have been recognised for it. I can’t believe I have completed my circumnavigation, it’s a bit of a whirlwind. It has been an unbelievable experience there are no words that can describe it.”

Ocean racing is an extreme sport and the rules of the Clipper Race are designed to encourage the crews to sail their yachts hard whilst promoting excellent seamanship with safety at the forefront. Congratulating Mission Performance, Clipper Race Chairman and founder Sir Robin Knox-Johnston said: “I am enormously proud of Gavin and Mission Performance, who put the desire to win to one side and suspended racing to go to the aid of another vessel that wasn’t a member of the race fleet in tough weather conditions. This is in the spirit of true seamanship and Gavin and the team should be justly proud of themselves too.”

Henri Lloyd has pioneered the development of all modern technical sailing apparel for more than 50 years and understands the value of such abilities. Henri Lloyd joint CEO Paul Strzelecki said: “Gavin’s actions show the willingness of the crew to put others before themselves and it is an honour to celebrate the spirit of ocean racing by awarding Mission Performance with this award.”

Gavin and the Mission Performance team were awarded with the Henri Lloyd Clipper Race Seamanship Award trophy and £250 in Henri Lloyd vouchers.