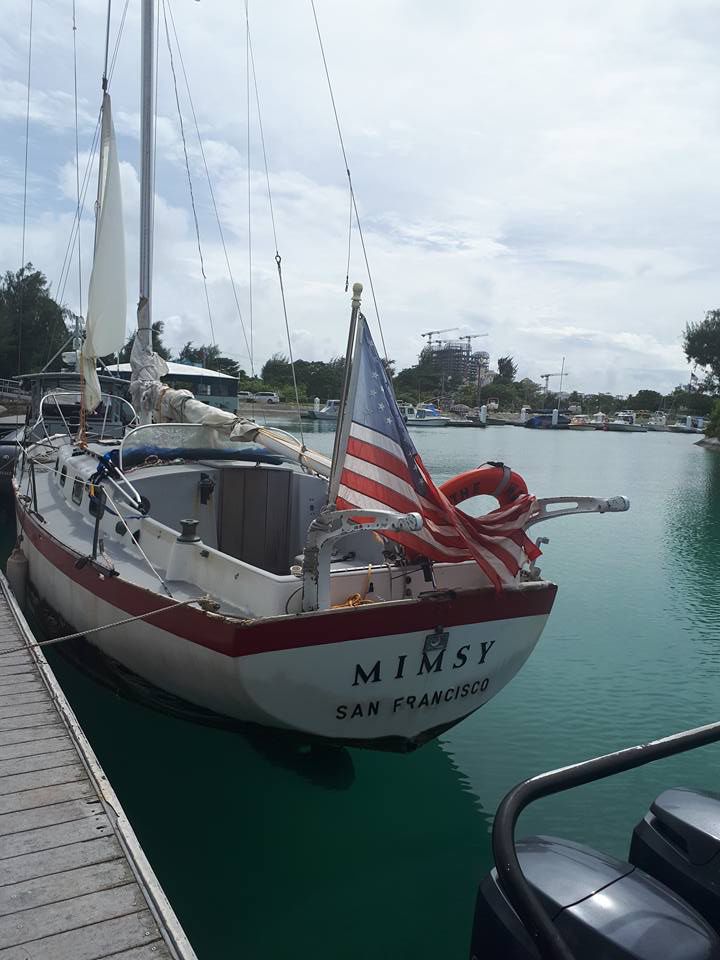 One thing you can say about Rimas Meleshyus: He's definitely persistent.

Meleshyus, who is in his mid-60s, departed Hilo, Hawaii, aboard his 30-foot sailboat Mimsy in June and was rescued a few days ago off Saipan, a U.S. territory north of Guam.

His satellite communicator failed. He had to jury-rig a sail out of a bedsheet after he said the boat's mainsail broke. His last plaintive message sent via satellite tracker was a short text to anyone following his voyage: “No response from fiji coast guard yet. My tilles broken no contrals for boat its dangerous current pushing unknoow strong gale was couple daays ago at night,” he wrote, apparently referring to the “tiller” on his small boat.

He finally managed to contact the U.S. Coast Guard by radio and was towed into harbor 137 days after leaving Hilo. It's a journey of some 3,300 nautical miles that adventurous small-boat sailors typically make in a little more than a month.

As emotional as it must have been, it was pretty much old hat for Meleshyus, a Soviet emigrant who left the USSR in 1988 and became a naturalized U.S. citizen.

This is what he had to say when he was rescued by the fire department off Hawaii in May 2016 after a 46-day drift from California with limited supplies aboard: “You dream about food, you dream about water. You cannot image no water no food,” he told Hawaii News Now.

Read more about his first rescue and watch a video interview at NPR News.