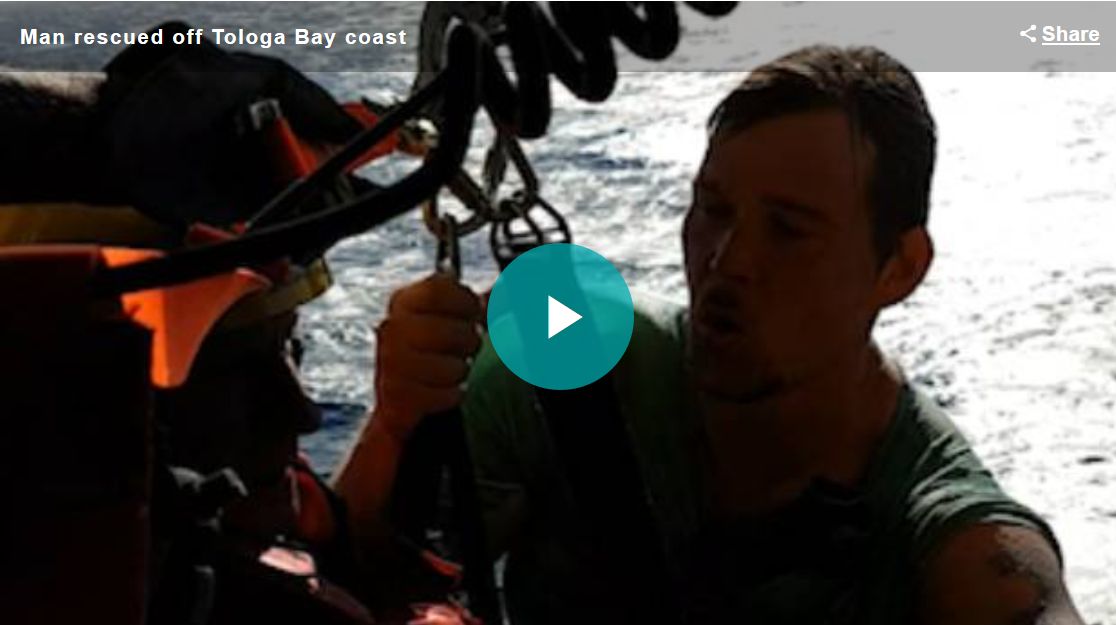 A 35-year-old German man who had been missing after he fell overboard from a yacht off New Zealand's East Coast has been found alive and well, New Zealand Police report.

A search had been under way for the man, who fell from a 10-metre vessel about 28 kilometres east of Tolaga Bay on Wednesday afternoon.

The other person on board the yacht contacted Maritime New Zealand to ask for help.

Air component commander Air Commodore Tim Walshe said an Orion had been deployed from Auckland to help, following a request from the Rescue Coordination Centre New Zealand. The air search was called off when the man was located in the water.

A Rescue Coordination Centre New Zealand spokesman said the man was rescued by helicopter in an “okay but hyperthermic” condition. He had not been wearing a lifejacket but had managed to tread water for 2.5 hours in a sizeable swell until he was found

For an update and a video of the helicopter rescue, go to Stuff.co.nz.