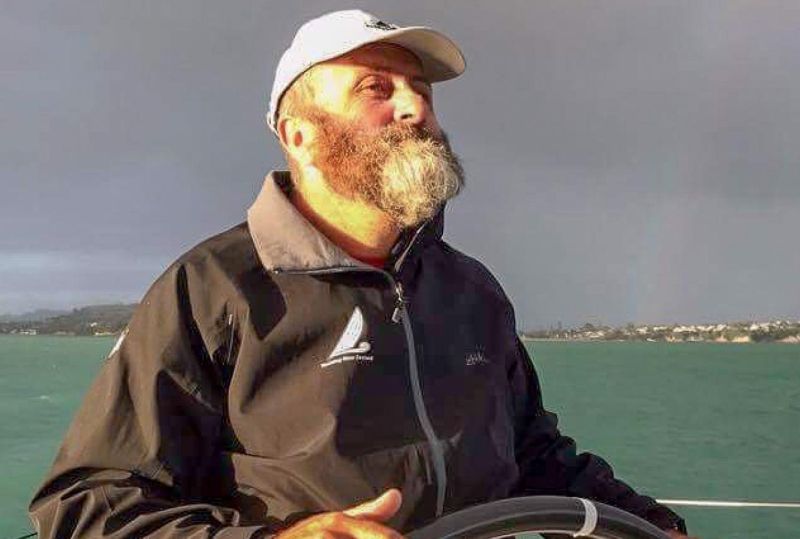 The recent report in the fatal accident involving Imedi during the Chicago Yacht Club Race to Mackinac highlighted a number of things all keelboat sailors should be aware of.

The most notable things to come out of the report was the need to practice for man overboard situations and ensure you check equipment is functioning and know how to use it.

Jon Santarelli died when he fell overboard during the 110th running of the race to Mackinac, prompting the Chicago Yacht Club to review the incident and make recommendations.

To remind you of the incident, or inform others who might not have heard about it, here is an excerpt from the report:

On July 21, 2018, at approximately 14:26 CDT, Jon Santarelli, slipped overboard from the cockpit of the TP 52, Imedi, as she sailed northeast from the 14:00 start of the Race to Mackinac. The Imedi crew immediately tacked and circled back to Jon’s position in the water, never losing visual track of him, but were unable to stop the boat close enough to retrieve Jon, due to the 20-25 knot winds and 6-8’ seas. They circled again and came closer to Jon on the second attempt, this time with the engine running, but just as they got close to Jon, a wave forced the boat up and over Jon and he went under the boat from starboard to port. Imedi circled a third time, and this time they were able to stop the boat very close to Jon, but as they tossed Jon a line and he raised his arms, he sank below the water and was not seen again. His life jacket, which was reported as set for automatic inflation, never inflated and he was never seen to try to manually inflate it. In the subsequent search, Imedi was joined by the Coast Guard, CFD, CPD, three helicopters, several other power boats and eight Race to Mackinac entrants who had stopped racing to help search. The search was called off at 4 dark, after five hours with no results. A week later, on July 28th, Jon’s body was found floating 4 nautical miles east of the Chicago Harbor Entrance.

As a result of the committee’s investigation, it became clear there are lessons to be learned from this incident with respect to malfunctioning personal safety gear, use of additional safety equipment on board, and vessel control under challenging conditions.

Safety issues to be examined in this report include:

The full report can be read here

In New Zealand, we like to think that we are different from the rest of the world, however, there is no question that the same issues are common across the yachting world.

The Safety Regulations of Sailing are unique to New Zealand rather than adopting the World Sailing Special Regulations.

This delegated authority is then sub-delegated to the yacht inspectors so, when they are inspecting a yacht for a category 1 safety certificate, they are in effect ‘standing in the director's shoes’.

This legal framework is unique to New Zealand hence the independent setting of the Safety Regulations of Sailing that is undertaken as a collaboration between Yachting New Zealand and Maritime New Zealand.

The 2017-20 Safety Regulations of Sailing reflect the lessons learned following the tragic loss of two yachtsmen on the Platino in 2016.

Under the regulations, the vessel must have a manual (the details of which can be found here in Appendix 5), have documented procedures in place for man overboard, firefighting, abandon ship, emergency steering, rigging and the use of storm sails, rig disposal, water ingress management etc and satisfy the inspectors that adequate drills have been undertaken.

Fundamentally, if the crew haven’t tried the equipment, both personal and for the boat, and practised the drill in a high-stress environment, they are unlikely to be able to function.

The requirement to have undertaken sea survival and offshore medics courses within the last five years is part of this process.

With the convenience of modern safety equipment such as inflatable life jackets, inflatable man overboard modules and inflatable dan buoys comes a service requirement. The failure rate on this equipment is somewhat surprising, so the best chance that it is going to function correctly is to ensure it's within service.

The Yachting New Zealand yacht inspectors are all very experienced sailors and, apart from their requirement to administer the regulations, they are passionate about what they do and are there to help.

The regulations have been formulated to reasonably meet the legal requirements, ensuring that all vessels are adequately built, maintained, equipped and crewed for the intended voyage.

If you have any queries or are unclear on any details please don’t hesitate to get in touch with your inspector. You can also see here for more on safety inspections.