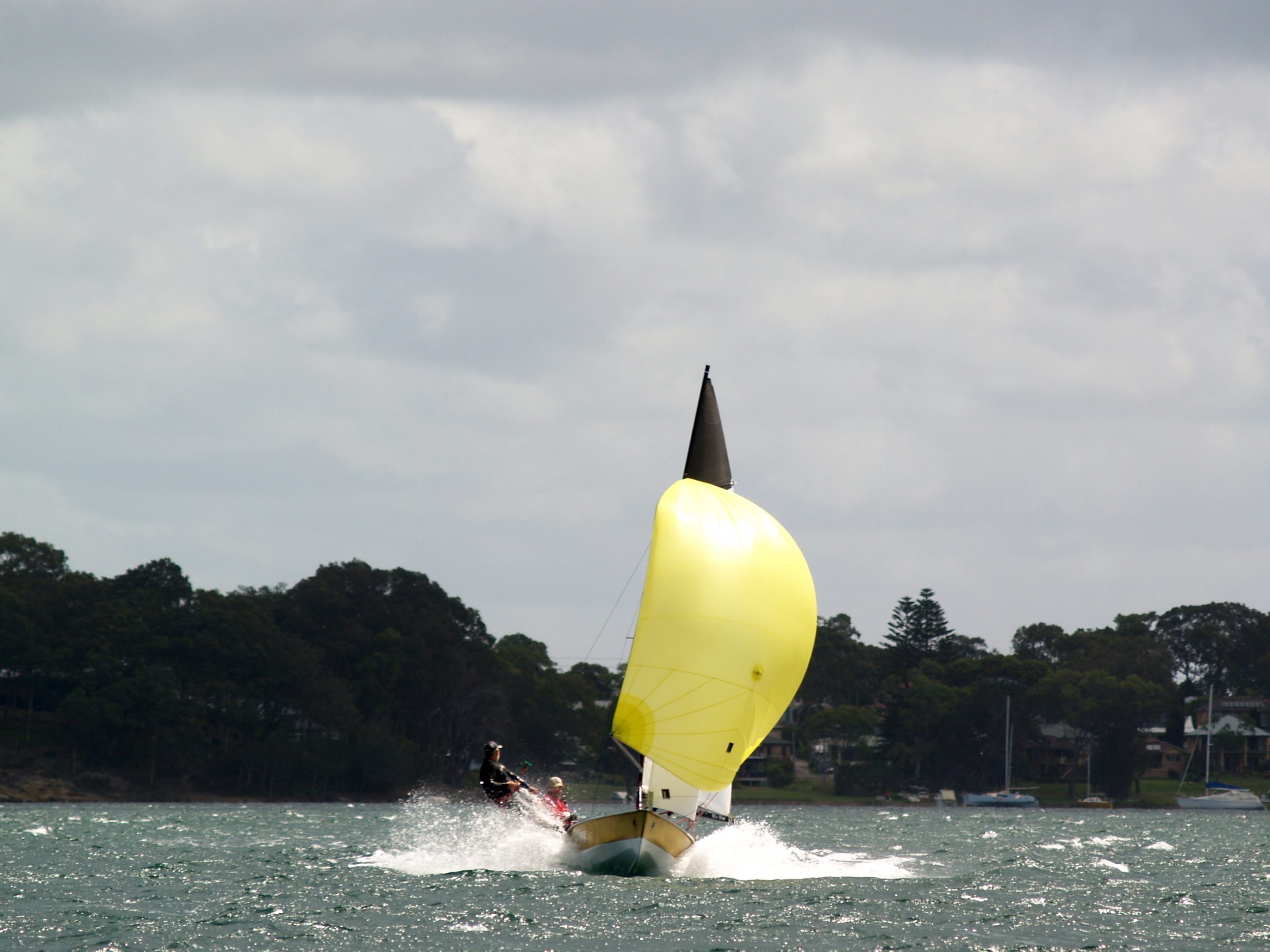 Lake Macquarie lived up to its reputation as a great sailing venue for this season’s National E Australian Championship averaging 15 knot winds and fine conditions for the 10 race series over 5 days at Wangi RSL Amateur Sailing Club. The class is continuing to attract dinghy sailors of all ages and capabilities. This was highlighted at Wangi with  the ages of competitors ranging from three under 20 to three over 75 years old. It is a true family class with a number of family groupings sailing at this event. The boat was originally conceived as a plywood boat designed by the well known English designer Jack Holt. It remains a strictly one design class although over its 51 year history in Australia it has evolved into a fiberglass boat.  Its performance is relatively unaffected by significant variations in crew weight partly due to the trapeze used by the crew and the challenge of sailing with a spinnaker.  All ages of boats and crew can be competitive. It was wonderful to see the all plywood boat Santoy, built over 35 years ago, finish in second place.

The championship was a closely fought series with the top three boats within 1 point of each other up to the final race. Miss Bling sailed by Dan Osinga and Craig Finger from Victoria handled the brisk conditions flawlessly to finish first. Close behind was Santoy sailed by David and Jaya Taylor (father and son) from Queensland and in third place was Ruthless from South Australia sailed by David Wise and Jed Fatches. Dan and Craig had been the runner- up in the last series at Yarrawonga and this was a first time win for them.

The next Australian Championships will be held in January 2018 in Portarlington VIC. Please contact secretary@nationale.org.au for further information on how to get involved.