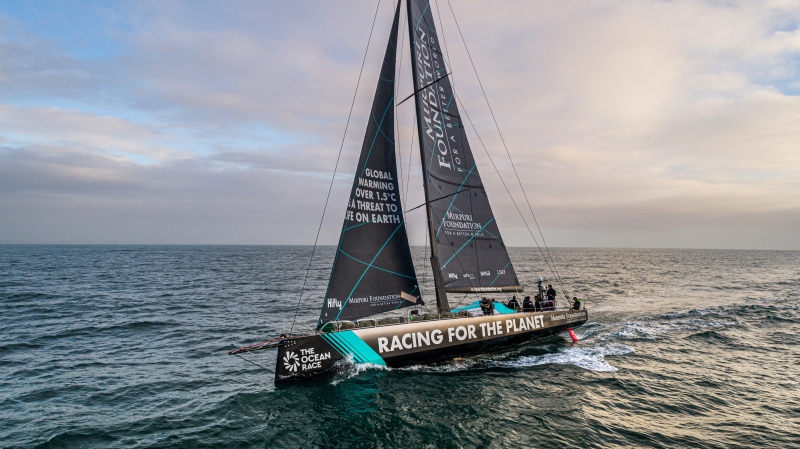 The Mirpuri Foundation Racing Team officially unveiled its Racing For The Planet campaign on Friday at a packed event in Cascais, Lisbon.

The team – which will race in a VO65 in the 2021-22 edition – has placed “climate change” at the heart of its campaign, building on the foundation's partnership with Turn the Tide on Plastic in 2017-18.

“This is a wonderful day for the Mirpuri Foundation,” said Paulo Mirpuri, President of the Mirpuri Foundation in a speech at the boat's launch. “We are excited to present to you and to the world, for the first time ever, our new boat that will race the next edition of The Ocean Race. The name of our boat and of our campaign is ‘Racing for the Planet’.

He added: “As a team, this is a race that we want to win – but as a foundation, with the goal of passing a better world on to our children, this is a race we simply cannot afford to lose.”

“It’s fantastic to see The Mirpuri Foundation return to The Ocean Race, with a team in the VO65 class, and with such an important message at the heart of its campaign – Racing For The Planet,” said Richard Brisius, President of The Ocean Race.

“Together in 2017-18, we sparked a global movement against plastic pollution – and The Ocean Race remains more committed than ever to ocean health restoration.

“On the water, the best performing teams in this race share common values: immaculate preparation, passionate and skilled people, and a desire for success. Today, it’s clear that those qualities are present in abundance, as we mark the beginning of an exciting journey for the Mirpuri Foundation Racing Team.”

More details on crew and the team's preparation will follow.