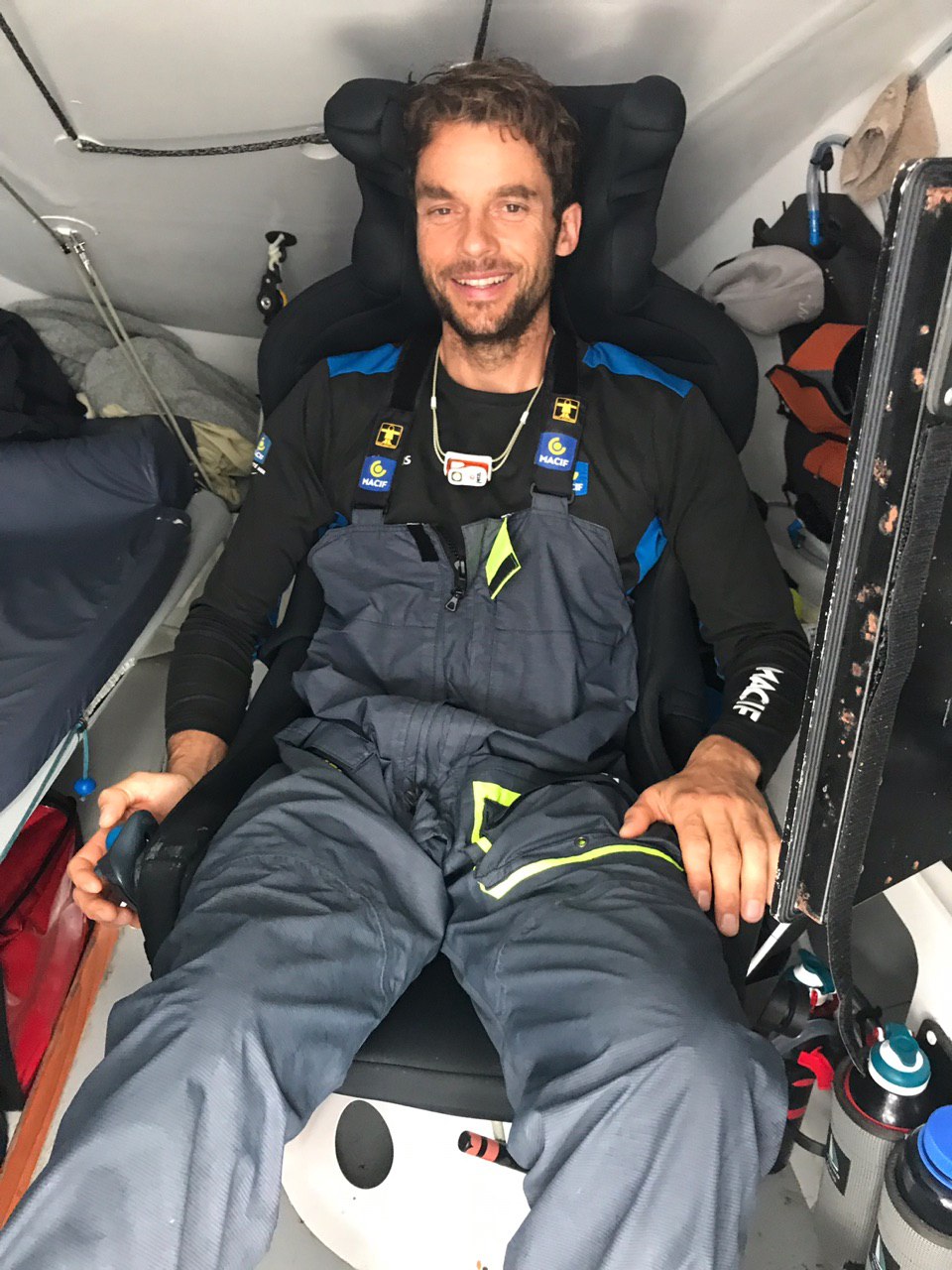 Having emerged unscathed from the past 24 hours of very strong winds and particularly rough head-on seas, the four Ultim 32/23 class trimarans continue their descent of the South Atlantic in upwind conditions averaging around 30 knots for the fastest, on course for Gough Island, located at the edge of the ice zone.

The worse bit of this second part of the ‘Brest Atlantiques’ is over for the fleet, which has been sailing upwind in 25 to 30 knots, gusting to 40, sailing against rough seas for the past 24 hours. It has been particularly punishing on both the boats and the sailors.

Images sent by the on-board media reporters, who are enduring well in the tough weather, need to be given credit for filming and editing in what have been really trying working conditions.

The crashes can be very violent when the trimarans come off steep waves and the sailors have to hold on at all times to not get thrown across the cockpit or settle in their bunk when they try to sleep.

Despite this, average speeds remain high and particularly for the leader, Maxi Edmond de Rothschild (Franck Cammas and Charles Caudrelier), which in seas of up to 3 metres, is able to literally fly over them.

With peaks at over 30 knots between the 4am and 8am rankings this Saturday, Cammas and Caudrelier eased slightly between noon and 4pm (28 knots). It enabled trimaran, MACIF (François Gabart/Gwénolé Gahinet), and Sodebo Ultim 3 (Thomas Coville/Jean-Luc Nélias), to reduce the gap (107 and 215 miles at 4pm).

Behind them, Actual Leader (Yves Le Blevec/Alex Pella), 489 miles away, is holding on (at an average of over 24 knots over the last four hours), aware of the need to go fast to stay in the same weather system as the others.

“They have a little pressure because they're on the edge of the front, 35 miles from the wind shift. They have to be able to stay with the low going down to the south-east, but for now, they're keeping up the pace. The risk for them is to go to the wrong side of the depression, and in this case, their delay in Cape Town could go from about fifteen hours to at least two days,” explains Christian Dumard, the race director's weather consultant.

“They are still going down in a little less sea than yesterday, it's a little more manageable, but it's still very hard, they're going to have these conditions until Sunday night included. They are all on course for Gough Island, the island just at the edge of the ice zone, which they will leave to starboard before rounding the high which should be pretty fast,” Dumard continues.

According to the routing, the first boat could reach Gough Island between Sunday and Monday. The second and last mark they need to pass on in the race, Cape Town, should happen on Wednesday morning.