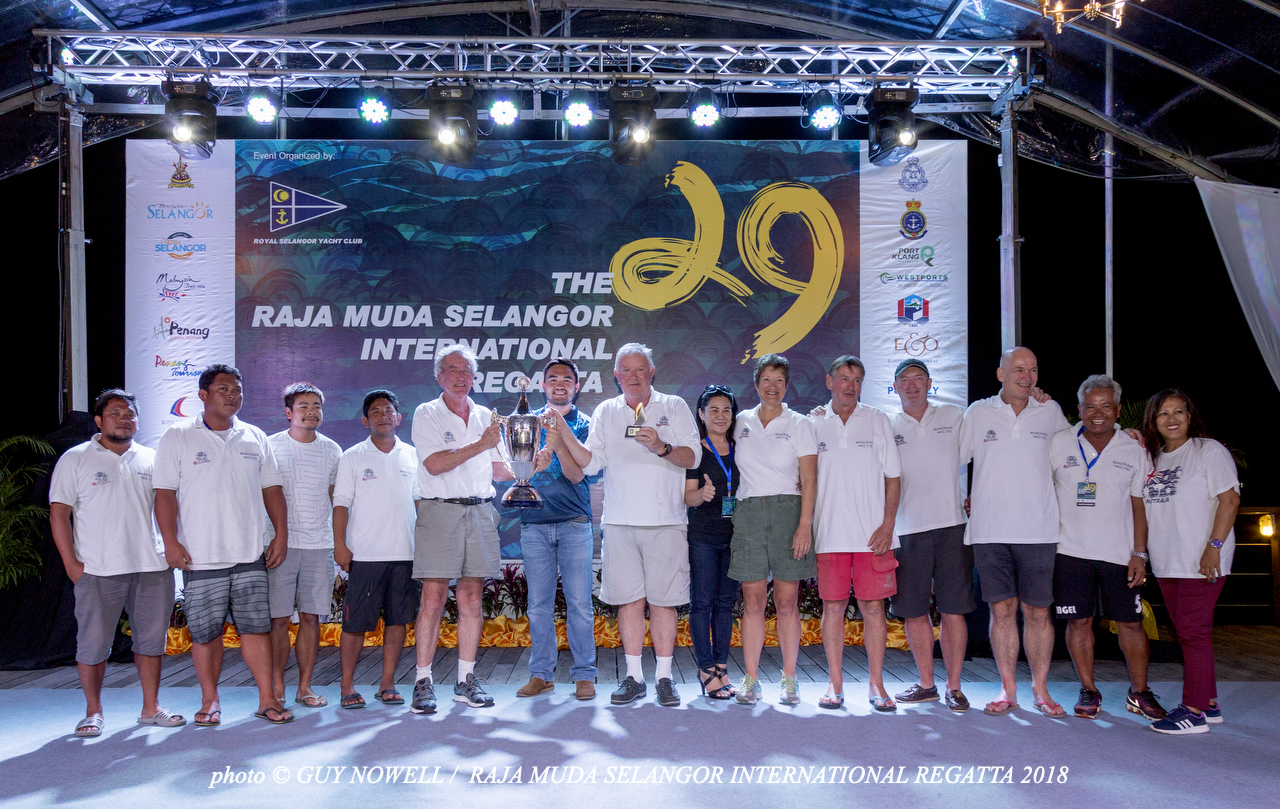 Port Klang, Malaysia: The Notice of Race for the 2019 Raja Muda Selangor International Regatta (RMSIR) was issued in April and registration is still open for the 30th edition which will run from 15 to 23 November and retain the regular course along Malaysia’s west coast.

This year’s regatta offers seven event classes – Class Zero to Class Seven. Participating boats will push onwards from the start point at Port Klang and make their way – via the Straits of Malacca – to the various checkpoints at the islands of Pangkor, Penang and Langkawi in an attempt to win the prestigious Raja Muda Cup, among other prizes.

The RMSIR is organised annually by the RSYC in association with the Royal Ocean Racing Club (RORC) and the Malaysia Sailing Association; assisted by the Royal Malaysia Police (RMP) and Royal Malaysian Navy (RMN). The RMP’s Marine Police play an instrumental role in escorting the boats out to the starting points and back to the finish line in the whole regatta.

Simon James takes over from RMSIR veteran Jerry Rollin as the Principal Race Officer this year while Malaysia’s Leonard Chin returns to head the International Jury. The Yellow Brick (YB) Yacht Tracking system will be used once again for live tracking of the overnight passage races from Port Klang to Pangkor, then Penang and finally Langkawi.

The Raja Muda Cup is the coveted prize of the Raja Muda Selangor International Regatta organised by the Royal Selangor Yacht Club (RSYC).

This magnificent perpetual trophy usually resides in a heavily padlocked display case until it makes its annual pilgrimage to Langkawi in a stout locked wooden box for the RMSIR awards ceremony. The trophy is symbolically presented to the Class One victor and is then returned to the Selangor palace for safekeeping.

A fine piece of silverware, the Raja Muda Cup was originally commissioned by the RSYC’s Royal Patron, the Sultan of Selangor HRH Sultan Sharafuddin Idris Shah (who was then Raja Muda Selangor) in 1994 and fashioned by Garrard, The Crown Jewellers.

The two-handled cup with cover stands on a sodalite plinth which has an inscription band bearing the RSYC emblem. The cup is fluted at its base and richly engraved with a seascape around the rim.

On the front of the trophy is a silver gilt badge with the regatta logo while the other side is engraved with the Sultan’s royal crest. The handles of the cup are decorated with an anchor and shell motif whilst the finial displays a compass, and parcel gilt throughout.

Selangor Tourism has continued as a main sponsor, along with container port Westports Malaysia. Scottish whisky brand Old Pulteney will provide bottles of their famous malt for prize winners. Other sponsors include UK Sails, the Port Klang Authority and the Langkawi Development Authority (LADA)

Notice of Race and Sailing Instructions for the 2019 RMSIR can be downloaded at: www.rmsir.com