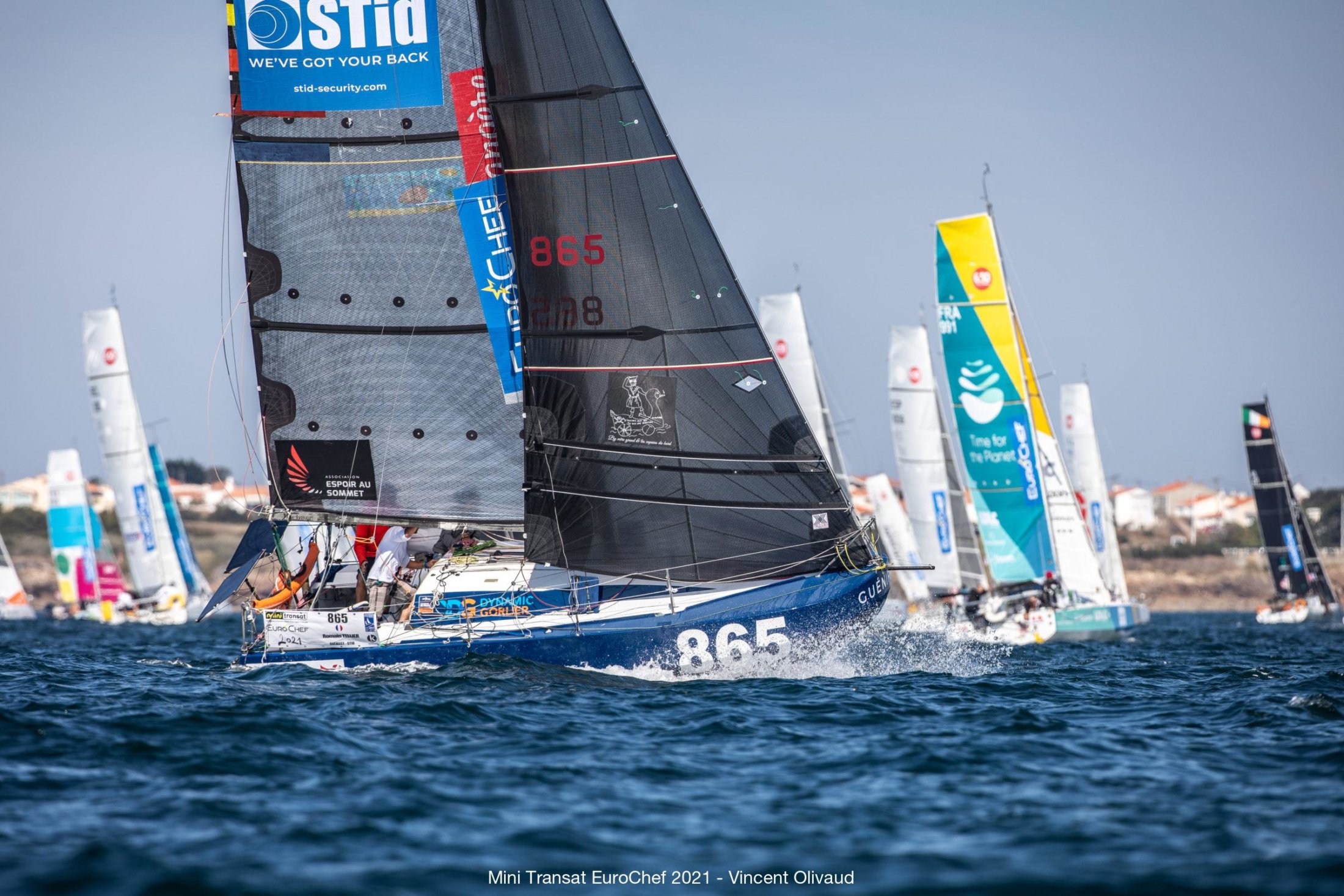 Whilst making headway offshore off the coast fringing the Western Sahara, the fleet competing in the 23rd Mini Transat EuroChef has scattered every which way.

Indeed, it now spans over 180 miles in latitude and 130 miles in longitude, evidence that the 84 competitors still out on the racetrack are each sailing their own race. Some of them will head due south where they can rack up good speeds, whilst others are opting to zigzag their way down the Atlantic so as to gradually reposition themselves over to the west. Australian Christiaan Durrant (1015 – Little Rippa), has clearly targeted the shortest route by sticking as closely as possible to the great circle route, which in theory should give him a place on the leaderboard.

The current pattern in the North Atlantic between the Canaries and Cape Verde is fairly simple: there is breeze to the south and very little to the north. The  they are diverging, as evidenced by the substantial gaps that have opened up in the past 24 hours. Indeed, the bulk of the chasing pack is continuing to zigzag its way southwards down the Atlantic by linking together a series of gybes in line with the slight variations in the breeze.

The further along the racetrack they get, positioning themselves over to the west in the process, the more they’re benefiting from a little more E’ly wind, which is enabling them to reduce the distance to sail whilst benefiting from more pressure. Though this would appear to be the wisest tactic, there is nothing today to confirm whether or not it will succeed.

Meanwhile the competitors who have opted for a ‘straight-line’ course, due south, are clearly enjoying more pressure, which might well enable them to make up for the extra distance covered. In this regard, it’s worth keeping an eye on the Austrian Christian Kargl (980 – All Hands on Deck), way out to the west, who is currently creaming along at over ten knots.

Whilst the leaders at the 13:00 UTC position report among the production boats, namely Federico Waksman (912 – Little Crazy) from Uruguay, Léo Debiesse (916 – Les Alphas) and Léandre de Schrynmakers (906 – Drago), positioned on the opposite side of the race zone, are racking up an average speed fluctuating between 5 and 6 knots.

Speed versus the shortest route
It’s a very similar scenario amongst the prototypes with Romain Tellier (865 – Guénify-Stid). As he bombs along at 11.9 knots some 160 miles offshore of the African coast, his rivals positioned between 75 and 100 miles further east may have less ground to cover, but they’re half as quick.

So will speed be key in this leg? Australian Christiaan Durrant appears to be convinced that the reverse is true as he’s placed all his chips on the shortest possible trajectory rather than the fastest. Opting for the great circle route is a bold move, but certain routing seems to indicate that it’s not as crazy as all that. As we wait to get a look at the bigger picture in a few days’ time, the skipper of Little Rippa will soon naturally reap the rewards on the leader board.

Things should become a tad clearer in around three days. Indeed, this coming Wednesday, roughly 100-150 miles to the north-west of the Cape Verde archipelago, the bulk of the fleet should begin to hang a right. In the meantime: it’s worth noting that Romain Bigot (802 – Impulso) has been forced to climb to the top of his mast to resolve an issue whilst Lucas Valenza-Troubat (606 – Six Saucisses), who reported that he had a touch of sunstroke yesterday, is now much improved.