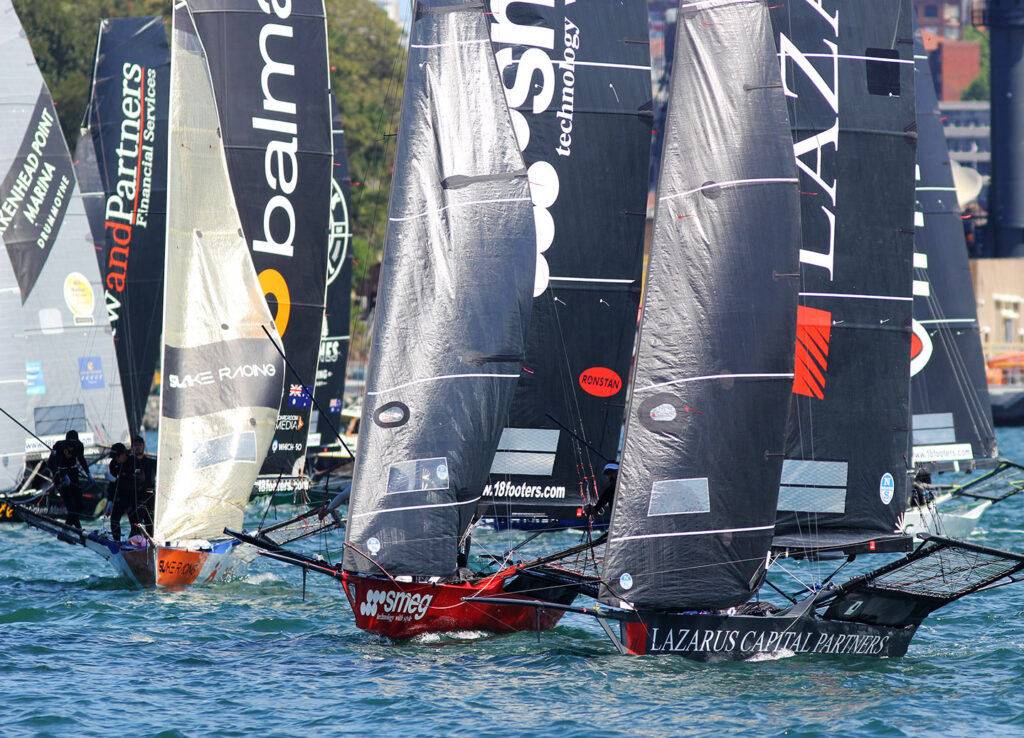 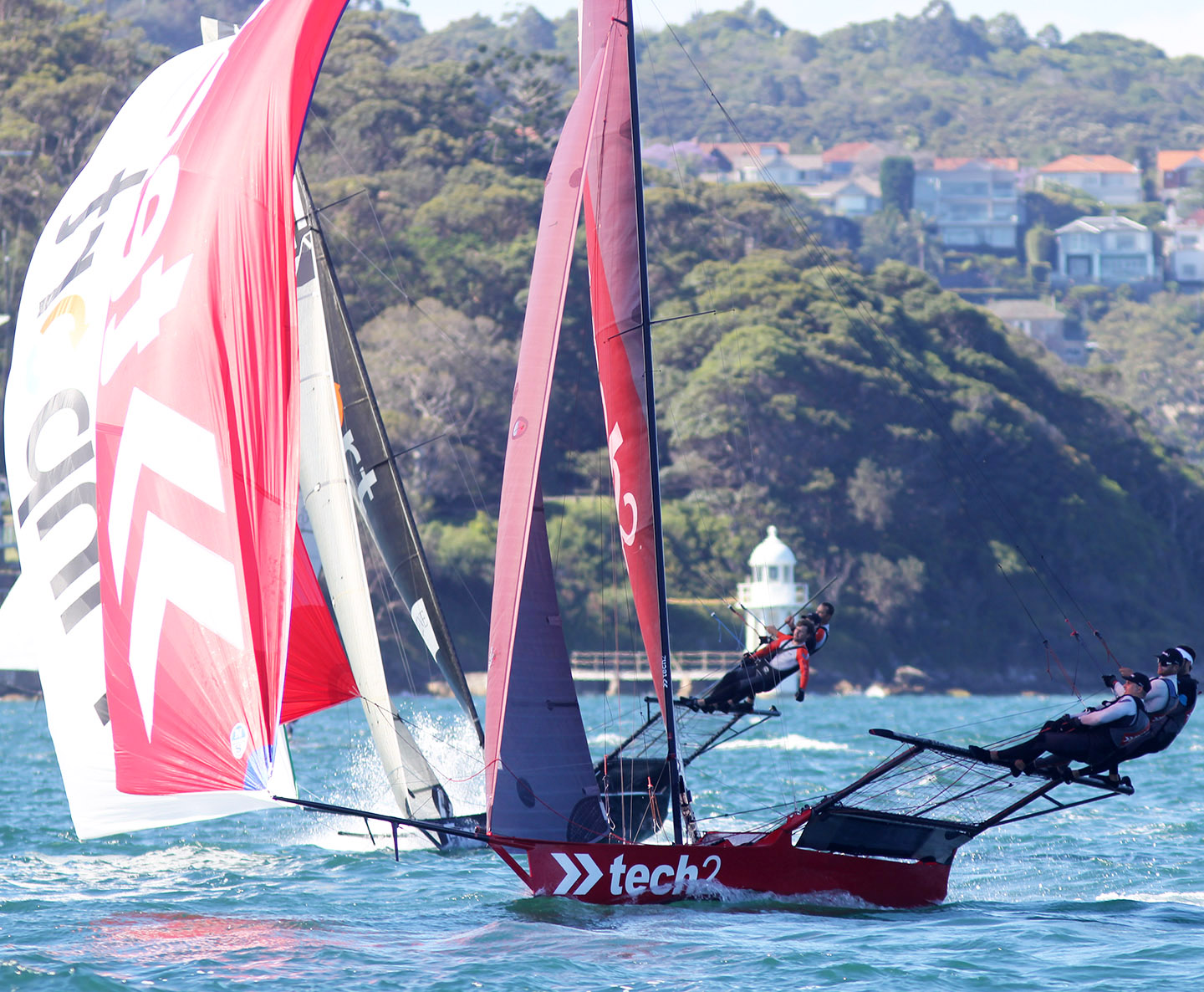 Tech2 secured the win in the last few metres of the course. Pic - 18ft skiff 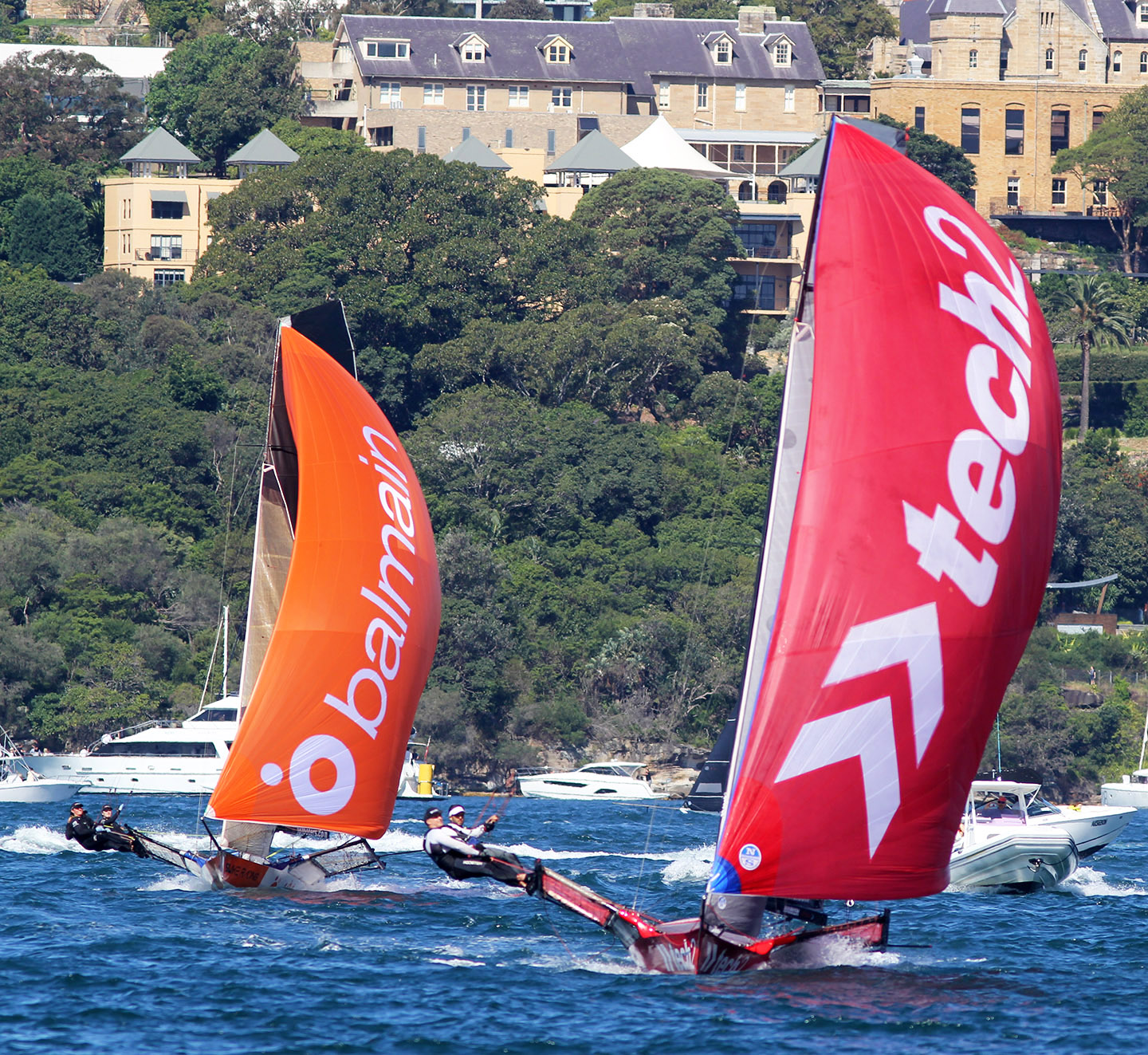 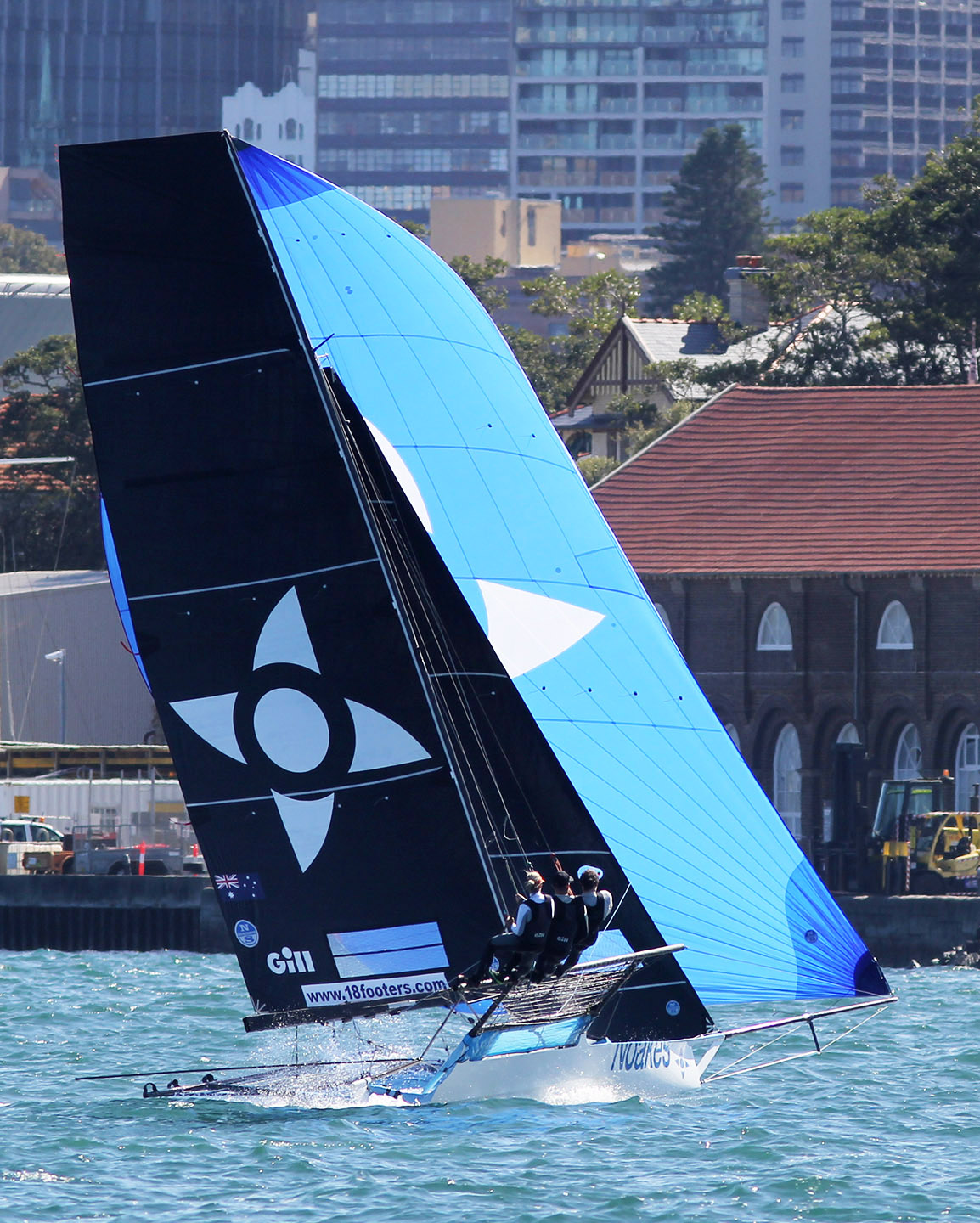 Noakes Blue on the tight spinnaker run on lap one of the course. Pic - 18ft skiff 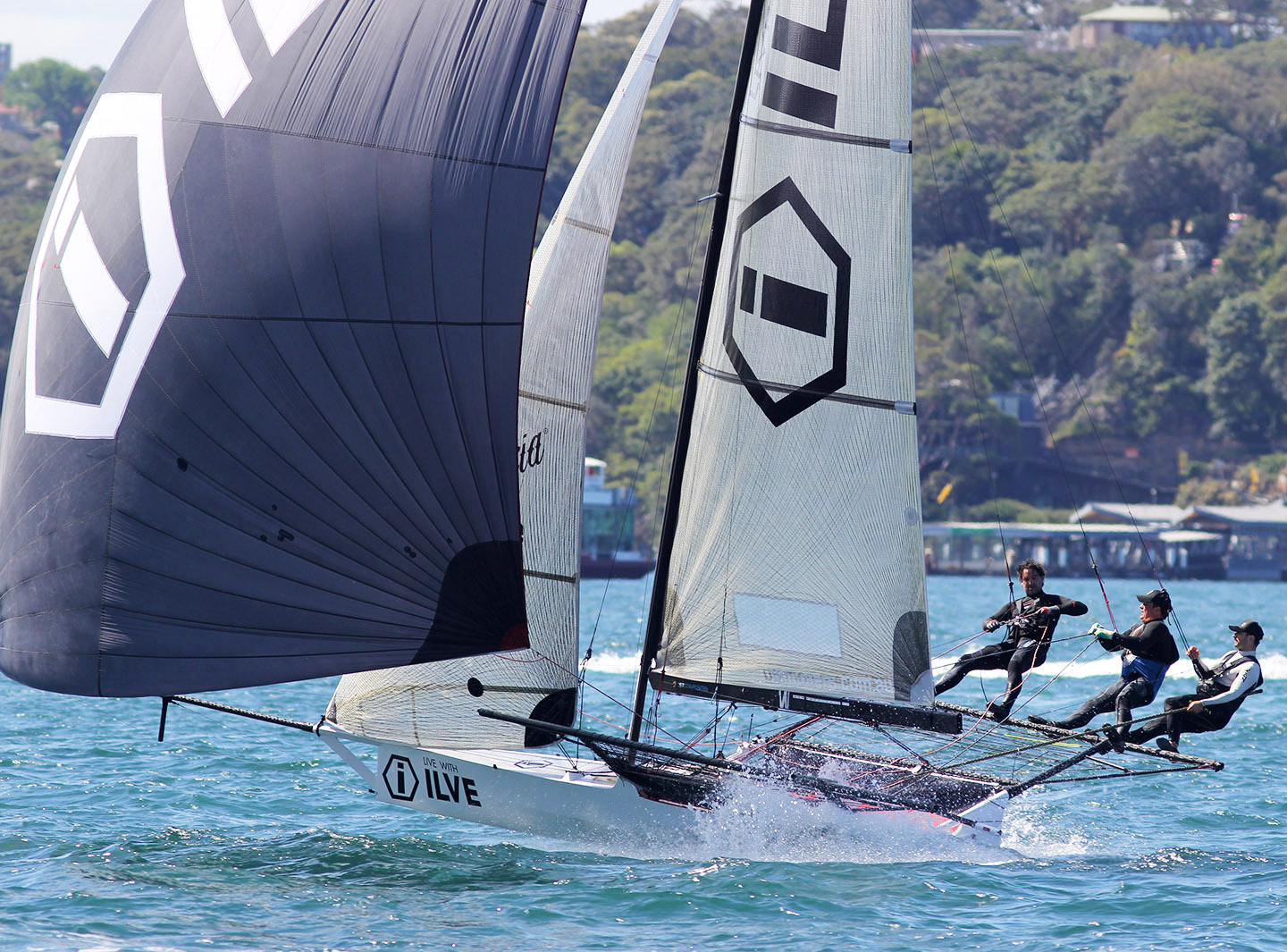 Ilve in good form before a gear problem forced the skiff to retire. Pic - 18ft skiff

When John Winning’s Yandoo capsized after hitting the wake of a power boat on the run to the finish, Finport Finance (Keagan York, Bryce Edwards, Phil Marshall) headed for the finish line narrowly ahead of Tech2 and still looked likely to secure the honours as the two skiffs set for the final gybe.

Tech2 gybed first while the Finport Finance team elected to carry on further.  It was a costly move as Tech2 sailed straight for the finish line and won by 13 seconds.

Prior to the dramas on the final leg of the course, the shifting, gusty ENE breeze produced difficult conditions for the fleet.

Simon Nearn’s Burrawang-Young Henrys won the start but Yandoo was soon into the lead as the fleet worked its way from the start at Robertson Points on the north side of the harbour to Rose Bay in the east.

At the windward mark in Rose Bay, Yandoo held a 12 second lead over Finport Finance, with a large group headed by Ilve (James Dorron) more than 30 seconds behind the top group.

On the spinnaker run to the wing mark off Clark Island and the following run back to Robertson Point, Yandoo increased her lead. But the race for the next six placings held much interest for the spectator fleet as the teams struggled to find the better breeze.

John Winning, Fang Warren and Mike Kennedy were superb in the conditions and opened up a lead of more than one minute on the following windward leg back to Rose Bay. Smeg had edged ahead of Finport Finance, Balmain Slake (Henry Larkings), Tech2 and Lazarus Capital Partners and Fisher & Paykel.

Over the final lap of the course, Yandoo sailed even further ahead and looked absolutely certain of victory before the unfortunate incident that cost the team victory.

While today’s conditions weren’t a true guide to form, there is every indication that this could be one of the closest races at the top end of the fleet for several seasons.

Races 4 and 5 of the Spring Championship will be conducted next Sunday.  Spectators can follow the racing on board the club’s spectator ferry, however due to the COVID-19 policy, numbers are limited.

Booking online through the club’s website www.18footers.com is essential.

Follow all the club’s racing throughout the 2021-2022 Racing Season: www.18footers.com