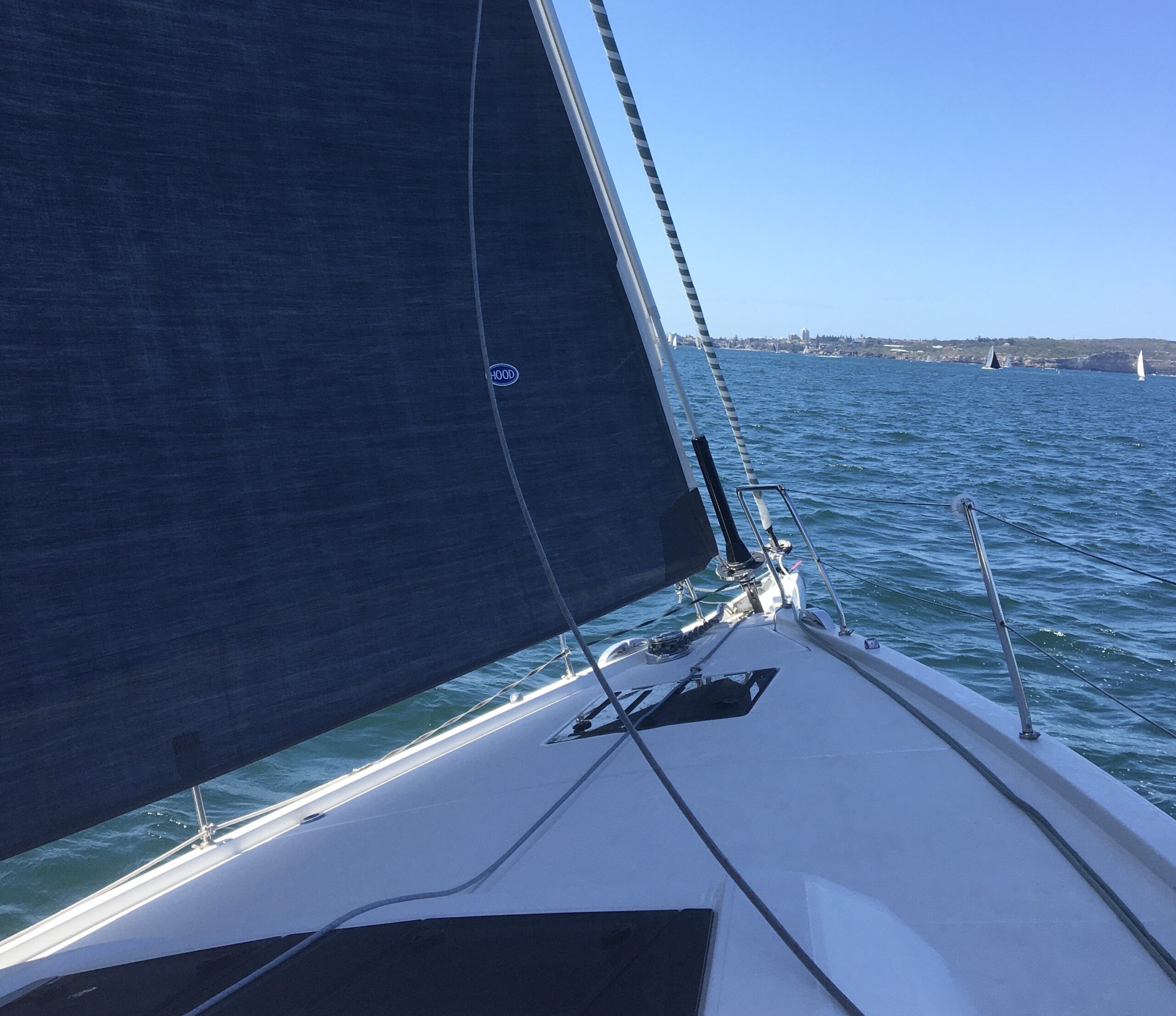 Ideal weather conditions for the first race of the 2021/22 Sydney Harbour Women’s Keelboat Series helped competitors dust off the cobwebs after many hit the water for the first time in months following the NSW Covid-19 lockdown.

The series is back for its second year off the back of a successful 2020/21 inaugural series. It is a great opportunity for female sailors to shine and improve their skills in a fun and competitive racing environment.

On Sunday, the wind exceeded the extremely light weather forecast, averaging 10 knots around the harbour course and at times reaching 13-15 knots.

The first race run by the CYCA, took the fleet of 12 from Potts Point to Manly and then on a steady kite reach to Clarke Island, followed by another half lap to Lady Bay and back.

It was almost a one-tack work to the first mark, giving the competitors who nailed the start an easy advantage which in light-to-moderate winds, was hard to lose.

On scratch, Azuree 46 Kayimai (MHYC) with Liz Charles at the helm, followed up a successful 2020/21 Keelboat Series (third place overall on PHS) with another race win. Second went to Seaquest RP36 Whistling Kite (RSYS) skippered by Nicola Wakefield Evans and third to Payne 3 It Happens (CYCA) skippered by Bridget Canham.

Offshore sailing expert Wendy Tuck proved that she is just as good at harbour sailing on the J/24. On PHS, Tuck and crew finished first in the Full Female Crew (Spinnaker) division on Pacatack (CYCA).

The J/24 Kaotic is a boat to keep an eye on. The team tops the leaderboard in the Female Skipper (Spinnaker) PHS division, followed by Kayimai and Whistling Kite.

CYCA’s Katy MacDonald and the Wilde Rush team of 12 are back, after having a ball in the inaugural series. MacDonald, an RYA Yachtmaster and die-hard sailor at the CYCA said she was thankful to get back on the water, wind or no wind.

“It’s been great. I for one was fairly rusty, so really enjoyed getting out here,” MacDonald said. “Probably a good thing that it wasn’t so breezy, otherwise we may have had a bit too much on. But it’s just so good to be back out again and warming up the muscles in time for summer.”

The Beneteau Oceanis 51.1 came 10th out of 12 on PHS and third in the Full Female Crew (Spinnaker) division. But the team plans to work on achieving a better result in the next race hosted by Middle Harbour Yacht Club on November 21.

“With the remaining four races, we’ve got a good starting off point to work on,” MacDonald said. “We know the boats we have got to beat and keep up with, so it’s something to look forward to.