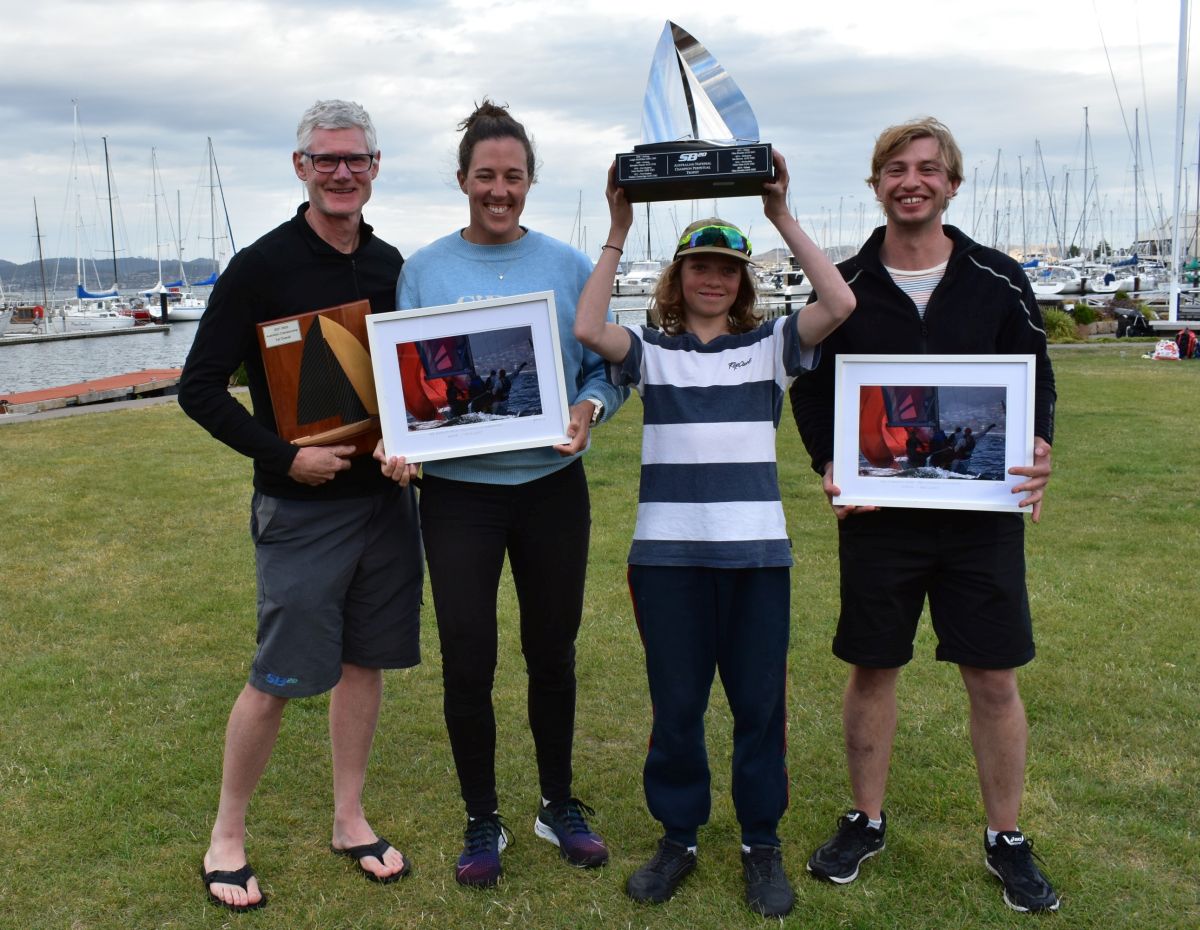 The Tasmanian team Mind Games, skippered by Phil Reid, and with Rohan Langford, Amelia Catt and Harry Gregory as crew, was crowned the 2021 SB20 Australian Champion in Hobart today.

Skipper Reid, a popular winner, said the team had been working 11 years to reach the pinnacle of SB20 sailing in Australia and was delighted with the result.

“I’d like to thank all the people that have sailed with me over this journey, particularly Andre “Honda” Declerck and Sam Ibbott, and my fantastic crew in this regatta, who got me across the line. What makes it even more sweet is the top quality of the Australian fleet which makes it one to remember,” said Reid.

Reid’s game plan on the last day was simple. “Rohan [Langford] had all the numbers in his head, but the message was to keep on sailing just as we had in the last two days and Amelia [Catt] was a very calm influence on the boat,” said Reid.

It is the second national title in a row for Friends’ School student Harry Gregory (14 years), after winning on the Taz Racing Team in 2020. “I’m really stoked… I never thought I would win one let alone two national championships,” said Gregory. The young sailor has been described by his peers as the ‘secret weapon’ and will be a sought-after crew member for upcoming regattas.

Mind Games went into the last race on the final day one point behind leader Export Roo (Michael Cooper), and on equal points with Ambition Sailing (Chris Dare) and sailed an exceptionally consistent and tactical race to win the regatta on 26 points. Cooper finished in second place on 27 points and Dare in third on 30 points.

Winner of the Masters Division was Karabos (Nick Rogers) sailing with Will Keyes and Simon Burrows, while the Taz Racing Team of Will Sargent, Eddie Reid, Ed Broadby and Hugo Allison, defended their 2020 Youth title. Brainwave, skippered by Clare Brown, sailing with Scott Brain and Jacinta Cooper, won the Women’s Division.