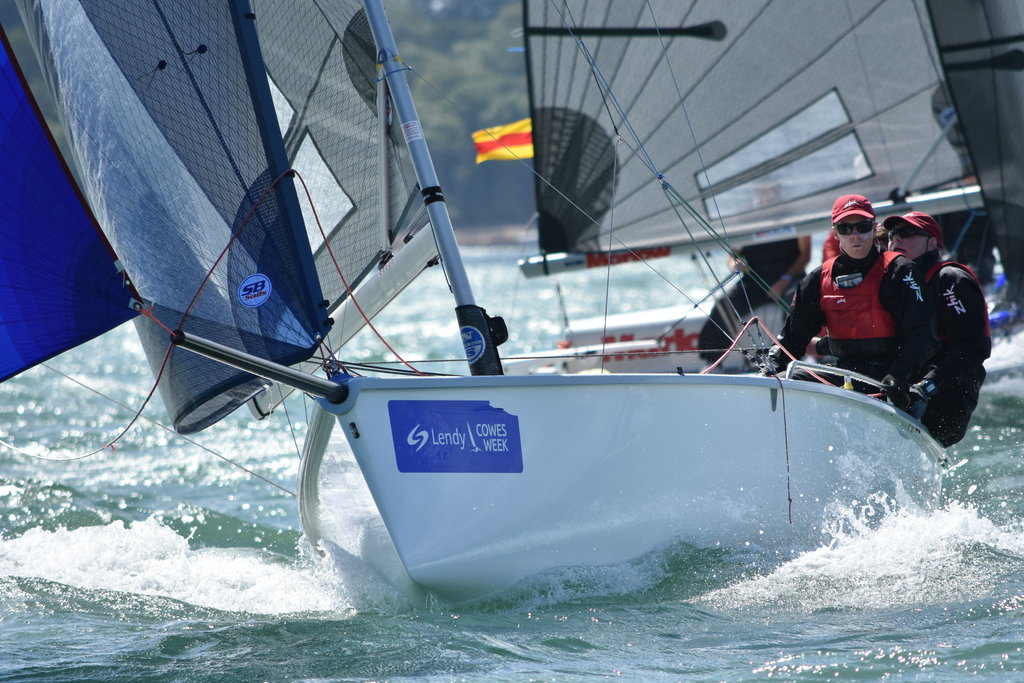 A ‘men overboard’ situation has cost the Tasmanian crew of Porco Rosso a potential victory in the SB20 class UK championship on The Solent, off the south coast of England.

Both helmsman Elliott Noye and mainsheet hand and boat owner Paul McCartney slipped off the stern of their boat as it broached approaching the leeward rounding marks, leaving bowman Edward Snowball the sole occupant.

“Apparently, Snowball gained control of the boat in the fresh to strong wind and choppy waters, and Noye and McCartney got back aboard,” SB20 Australia’s Jane Austin reported.

“The Tasmanian champions then continued the race and crossed the finish line in 10th place to win the bronze medal, with reigning British champion Xcellent (John Pollard) retaining the title.

Going into the final race the Tasmanians needed to win with Xcellent fourth or worse and, until the ‘men overboard’ incident, looked a strong chance with greater downwind speed.

Porco Rosso and her crew are now on their way (by road) to Cascais for the Portuguese SB20 championship.

“The six wins out of ten races they had on The Solent his week augers well for their European campaign leading up to the Worlds at Hyeres later in the Northern Hemisphere summer,” Austin added.

The Tasmanian SB20 fleet will be represented by four skippers and their crews at the worlds: Elliott Noye, Brett Cooper, Andrew Smith and a female youth crew headed by Anna Reid.