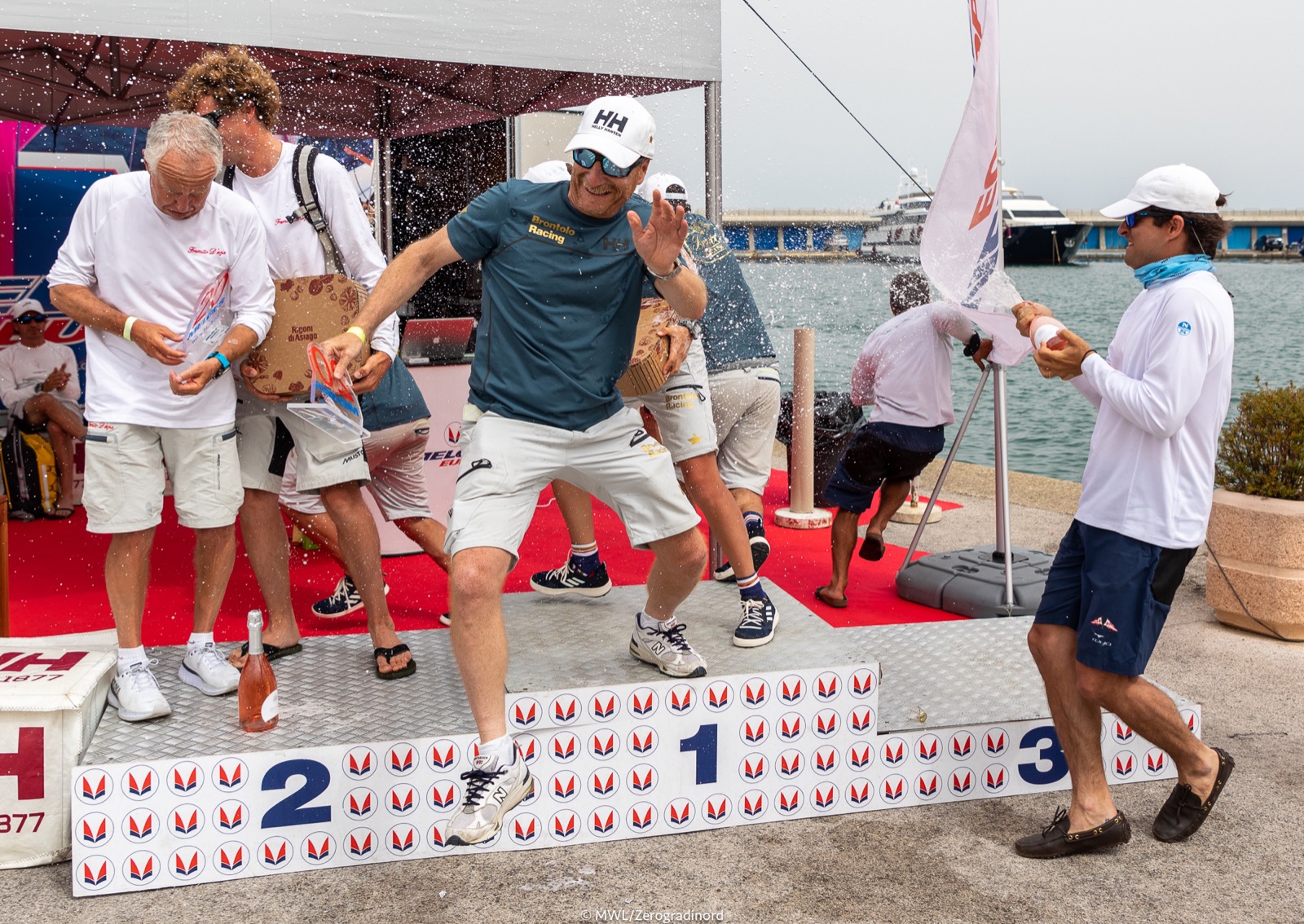 A spray of champagne for the top three

Cala Galera, Italy: The battle for the Melges 20 title was open until the last day, when Filippo Pacinotti and his reigning world champion crew of Brontolo crew established themselves as the winners.

In the Corinthian fleet, reserved for non-professionals, the victory went to Neodent (Marco Giannini), followed by B.Lex (Benedetta Iovane) and Mojito, with a very young helm in Elena Rixner.

In the Melges 14, Davide Di Maio remained consistent throughout to win the title. Second place went to Alessio Muciaccia, among the most experienced sailors of the Melges 14, with third place going to Gustavo Vianna from Brazil.

Despite light wind, the Melges 20 and 14 fleets completed a series of eight and six races respectively, the maximum in the Notice of Race. Thanks go to the excellent on-water organisation coordinated by PROs Maria Torrijo and Gabriella Gabrielli, with support from Melges Europe, Circolo Nautico e della Vela Argentario and Marina di Cala Galera.

The curtain fell on the Argentario Rally, the second event of the international Melges World League circuit, which over the weekend attracted over 40 crews representing eleven nations to the race course of Cala Galera.