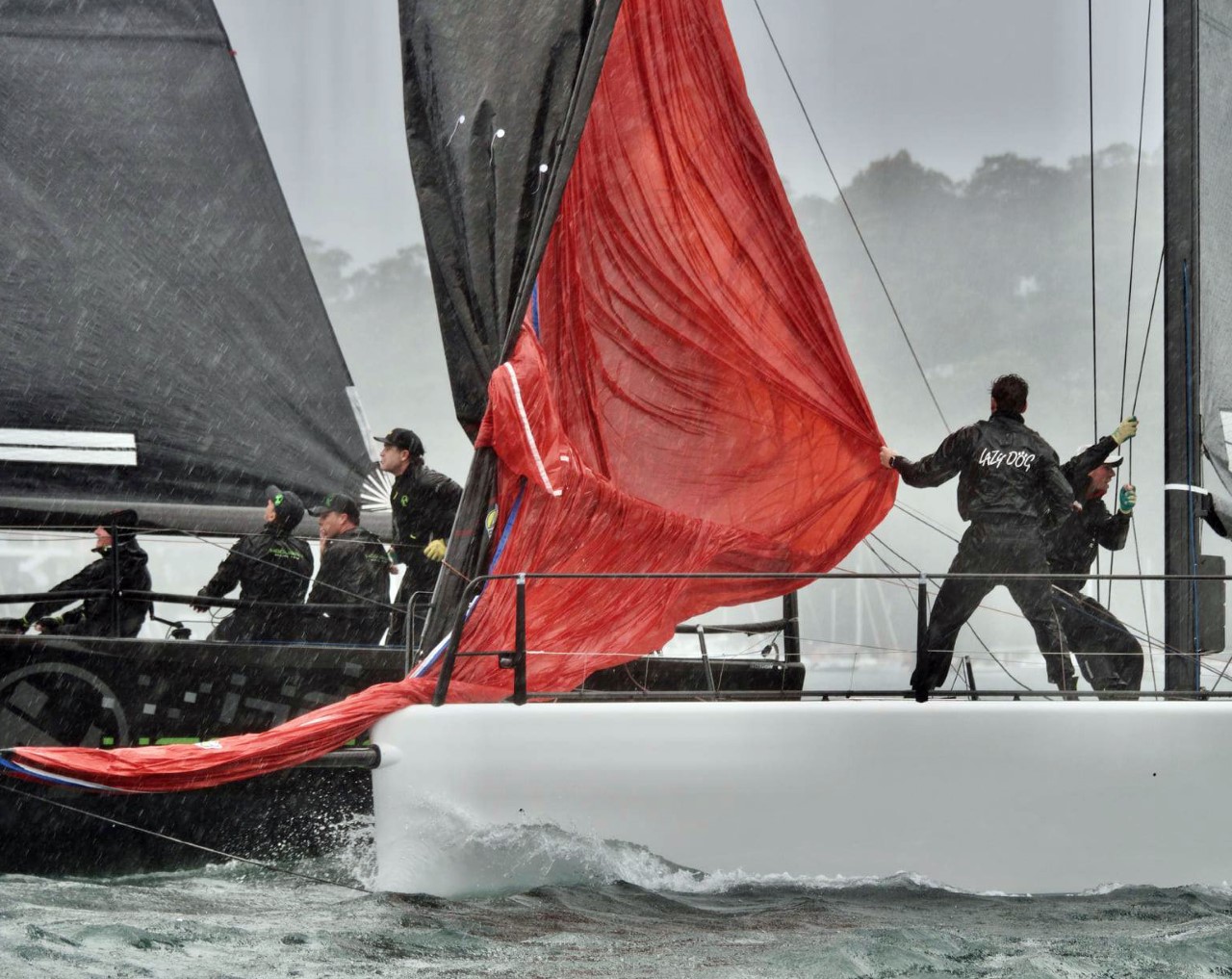 Sydney dumped an ice-bucket on MC38 crews racing on Pittwater in Act 3 of the season, but Marcus Blackmore’s local Hooligan crew shook off the dismal winter conditions and their class rivals, to land back on top of the one-design class podium for the first time in a while.

“Marcus has a great team and he was pumped with the result,” Turner said.

“While it was a cold and wet Pittwater weekend, we all agreed it was still better than a Pittwater non-event, with no wind.

“We managed to avoid the scenario of ending up on our side in the gusts on Saturday. Really, we just tried to stay clear of Joe Turner, otherwise there would have been serious words at our next Christmas gathering,” the stand-in helm joked.

“Saturday was pretty fresh – south-south-westerly 20 knots up to 26 knots. Full credit to Merro (Steve Merrington, race officer) and his team for getting us out there and amongst it,” Turner added.

There was a question mark over Saturday’s program, with a severe weather warning issued on Friday afternoon for the following day on Sydney’s northern beaches. MC38 owners and the race committee deemed Saturday morning’s 20-25 knots manageable and racing commenced.

Breeze in the upper range led to minor breakages and several knockdowns among the six-boat fleet. Across four races, Lazy Dog scrambled to recover from a shredded kite, blown winch and a jib failure, that meant they were way more than fashionably late to one start. Amazingly, Lane and Stewart’s canny team climbed their way back to second by the finish.

“There was a lot of pressure to cancel the series early, but things turned out in our favour,” said Lane, co-owner/skipper of Lazy Dog and the MC38 Australian Class president.

“Merro and the guys were amazing; races went off without a hiccup and the racing was pretty clean. Conditions like that are what the boats are made for.”

Cold southerlies moderated on Sunday June 20, instead a 15 knot south-westerly gusting to 20 as plenty more rain saturated crews for a second day.

The class thanks the Royal Prince Alfred Yacht Club’s staff and volunteers for another great regatta.

Act 4 of the MC38 season will be hosted by Middle Harbour Yacht Club from 24-25 July.