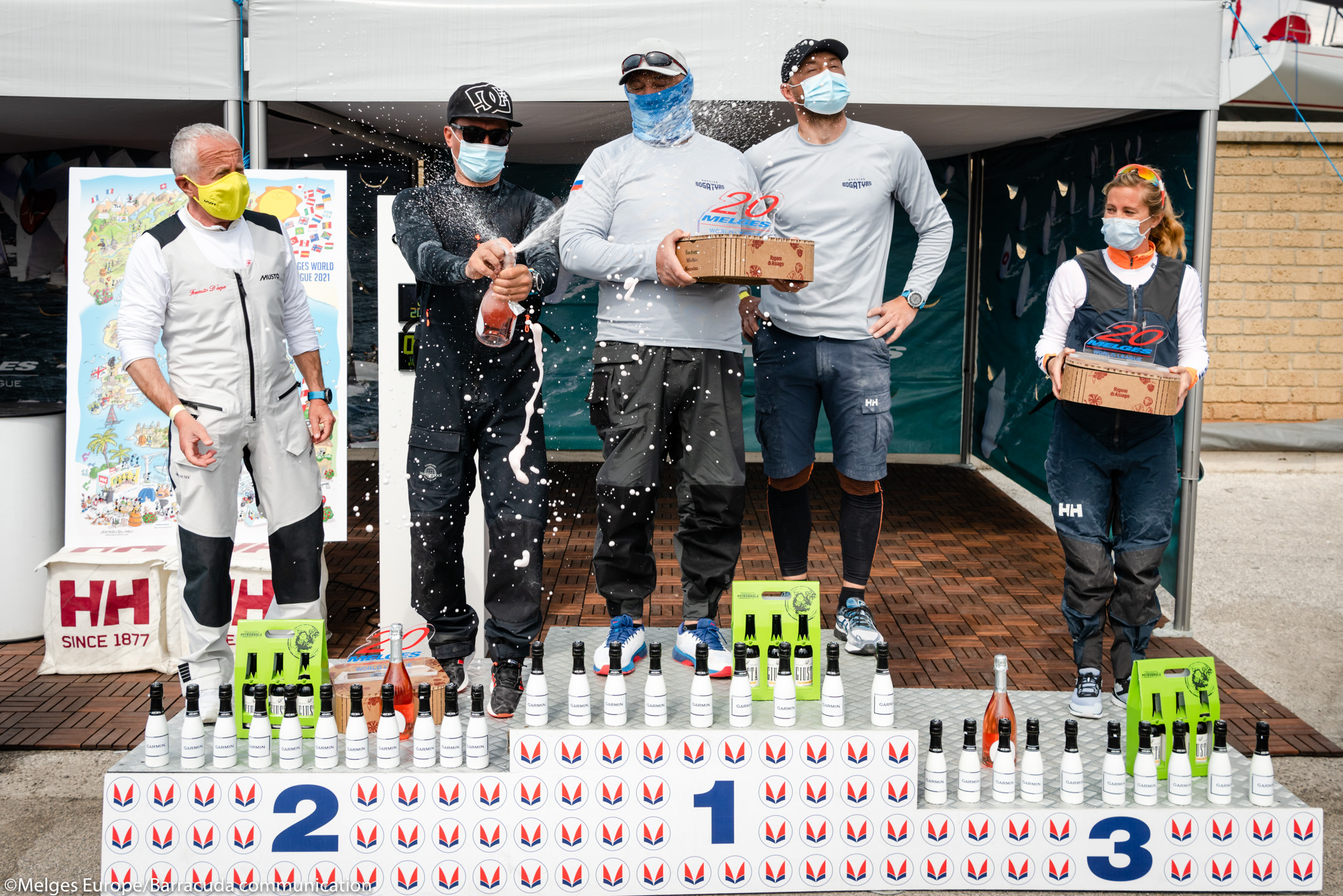 Top three on the podium

Cala Galera, Italy: Light breeze set the pace over the second event of the Melges World League, the Argentario Rally, and because of this, all crews were tested over the three days, with tacticians having to make complicated choices based on the fine line between light wind and persistent current.

In the Melges 32 fleet, the great experience gained over the years in this well-established one design, sealed the deal for Tavatuy (Pavel Kuznetsov) on this first leg of the Melges 32 World League 2021.

Tavatuy emerged with three wins and a trio of second places, but the remaining teams each scored at least a win or second place in the series, proving the balance of the Class and the possibility for everyone to reach the top.

Second place went to Arpad Schatz’s Farfallina, rookie of the Class in 2020, and undisputed leader of the final day when Schatz he won both races. He finished on equal points with Lasse Petterson’s Pippa which took third overall. In the Corinthian division, for non-professional sailors, the very young German crew aboard Heat claimed the victory.

With the Melges 32 competition complete, it was the second day of racing for the Melges 20 fleet, which completed just two races in today’s light breeze.

Dario Levi’s Fremito d’Arja, which won the first event of 2021 in Scarlino, won the first race of the day, while Matteo Marenghi Vaselli Raya won the second.

Adding to yesterday’s three races, Fremito d’Arja and Raya are at the top of the placings in first and second place respectively, followed by the reigning world champions on Filippo Pacinotti’s Brontolo.

Racing in the Melges 14 fleet also started today. In control of the ranking after the first three races is Davide Di Maio, followed by Alessio Muciaccia and Gustavo Vianna on equal points.

The Melges 20 and Melges 14 will race again tomorrow from 11am, to complete the last races of their respective series. Meanwhile, the Melges 32 fleet is preparing to leave after the prize giving ceremony, their crews are looking forward to racing in Malcesine, host location of the next stage of the Melges World League,

Each series is made up of eight races, directed by PRO Maria Torrijo, who ensures a competitive regatta for all.