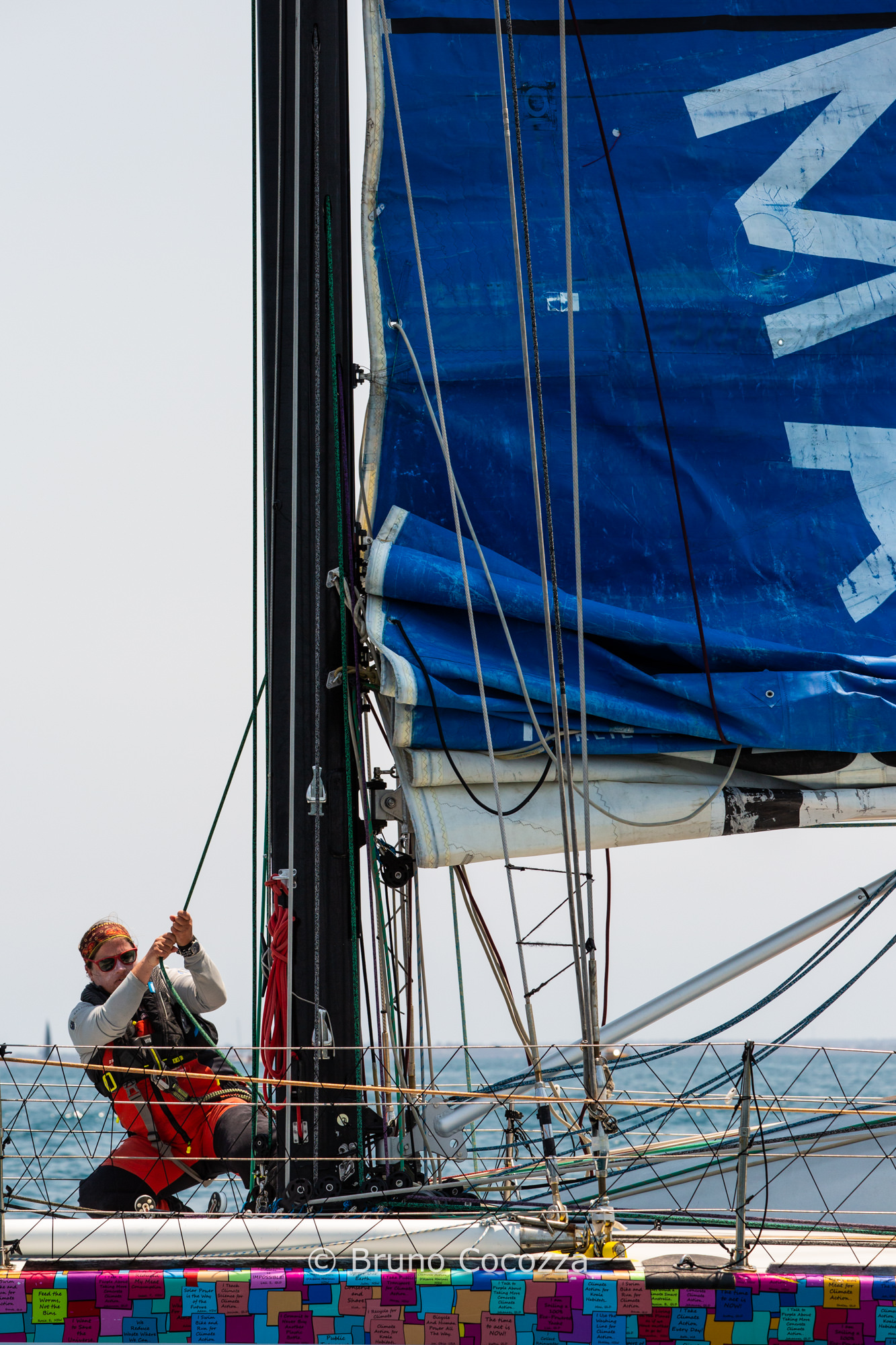 After limping along in light airs for over two days, there is finally some good news for the yachts contesting the Ocean Racing Club of Victoria’s Melbourne to Hobart Yacht Race via Tasmania’s west coast. However, there is also some bad news.

All crews were pleased to see more wind on the horizon as the sun came up on the third day of racing. It is forecast to strengthen to around 20 knots by midday and it is coming from the north-west – a perfect direction for yachts that are heading south.

The bad news is that the extra wind is being generated by a cold front, so wet weather gear will be called for.

Lord Jiminy still leads the fleet, with more than half the distance to Hobart under its keel. Guillaume Leroux and his crew have a little less than 150nm to sail and are expected in Hobart on the morning of New Year’s Eve. Jeff Sloan’s Archie, sitting in third place on the water, leads both handicap divisions.

The closest battle between boats is still that of Lisa Blair and Jackie Parry’s d’Albora’s Climate Action Now, which is locked in combat with the Allard family’s Saltair. Both boats are sailing short-handed – Climate Action Now in the double-handed division and Saltair, crewed by a husband and wife team with their two children, in four-plus-autohelm, a new concept pioneered by ORCV to encourage more skippers to sail offshore.

At 9am on Monday December 30, the two boats were a third of the way down Tasmania’s west coast, just off Meredith Range Regional Reserve and 225nm from Hobart.

Race Director Martin Vaughan said that the light airs the fleet has experienced have taken their toll on the sailors.

“It (light wind sailing) can be the hardest tactical, mental and physical thing that you can do,” he said. “But if you can get the jump on your fellow competitors you might get wind that they don’t get, and you’re off.”

Although the stronger winds will also test the sailing skills of the crews, Vaughan says they will provide welcome relief as speeds increase and the Hobart finish line gets closer.

Spectators can check up-to-the-minute positions of the boats by going to https://race.bluewatertracks.com/2019-orcv-melbourne-to-hobart-westcoaster