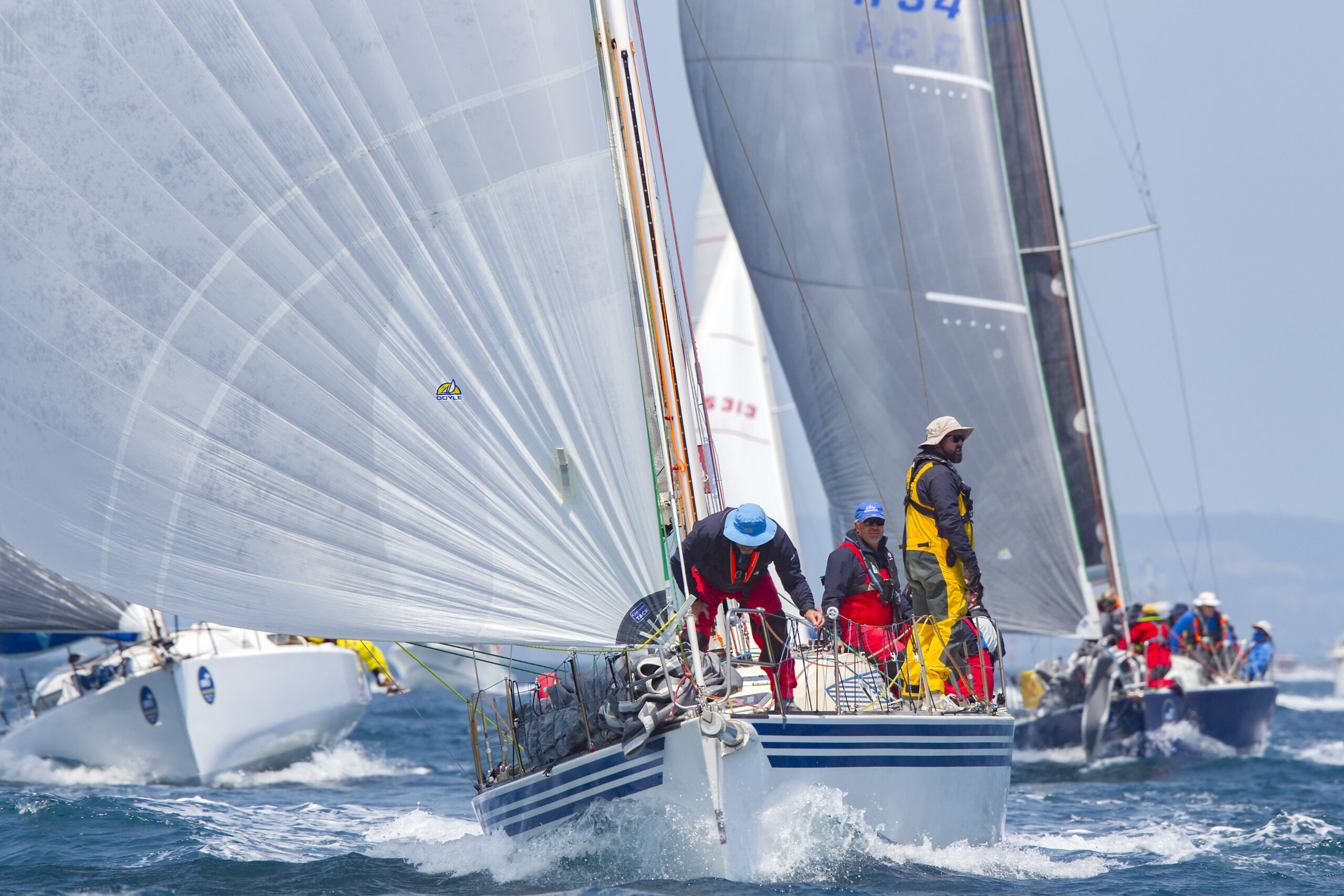 Yachts will set sail from Portsea on the afternoon of December 27 to Hobart and Devonport.

Preparation for long distance ocean races, particularly those that start in Bass Strait, is onerous in any year. In 2021, with multiple lockdowns and travel restrictions, it has been nearly impossible for many. However, some have managed to maintain and prepare their yachts and crew and eager to meet the challenges of sailing in Bass Strait.

Race officials are closely watching two high pressure systems that are set to dominate the early part of the races.  As the fleets enter Bass Strait, the predicted wind will be strengthening to 22 knots and then as the sun sets the fleet will be experiencing light winds.  Skippers and tacticians’ skills will be tested as the route plotted at this point will determine where you finish.

Brian Pattinson is a veteran of ocean racing, having completed multiple Tasmanian Melbourne to Osaka, Melbourne to Vanuatu and Melbourne to Mackay races.  He is in the early days sailing his new boat Gusto Solo, a Don Jones 42, and will be sailing double handed with his son Tristan.

Pattinson said, “It is a very exciting boat nothing like the previous two Gusto’s. We haven’t had much sailing time together between COVID restrictions and, when we have tried to hit the water, we have had some big blows that have stopped us.” He continued, “Unlike the other two boats it is lighter and comes up to speed more quickly.”

It is hard to see Pattinson and son Tristan not being the first yacht across the line in Devonport.  If they have a challenger, Alex Toomey in his Sayer 12 Ryujin would be it.  Toomey is sailing Ryujin fully crewed, but this boat was designed to be sailed short-handed on long ocean races and in the light air can be ‘driven’ with minimal crew movement.

Weather for the Hobart race is a little harder to predict this far out from the start. Naturally, they will benefit from the good starting conditions and, as they track closer to King Island, the prediction is that the wind will stay in for them longer.

Race Director Jeremy Walton even quipped, “Maybe this is the year to go to the west of King Island,’ a course that has been pursued in the past without good results.

“At the moment, the weather on the North part of the West Coast shows some good promise but with a lighter ‘hole’ towards the middle of the Coast around Strahan. Always a very tactical race the lighter breezes will challenge the crews, questions of whether to stay in and ‘rock hop’ the coast versus head out and hope for the change to push you back across to make the turn at Maatsuyker Island.”

Looking at the Line Honours possibilities, the Double Handed yacht, Alex-Team Macadie, a Jones/Hart 14 is one of the front runners. Jock Macadie is not just an experienced double handed sailor but indeed one of its pioneers and greatest proponents. For many years, his crew was his son and the two were a formidable force in every race they entered.Jock’s son has been in the USA for some years now and a new crew was not always easy to find.

Lord Jiminy, an Open 40 which is sailing shorthanded as ‘Four crew plus Auto Helm’, will be quick and dangerous. Skipper Guillaume Leroux is a wily competitor, and nobody can afford to let them out of their sight.

As much a sentimental favourite as beautifully sailed by an efficient team is Tevake ll. Both Tevake l and Tevake ll were fixtures of the ocean racing and club racing scene for decades.  Fletcher was the Commodore of the ORCV from 2004 – 2006 and was Ocean Racer of the Year in 2020.  Unfortunately, we lost Angus early in the year. Fletcher’s wife Holly has always been a fixture of the essential ‘ground crew’ supporting Tevake and she has supported this tight knot crew to continue in Angus’s memory.

Skipper Paul Neilson said, “It’s weird to be sailing without him. We now know how much paperwork is involved in Ocean Racing.  We have been so well supported by Holly.  She has had new rigging put in. She wants the boat raced and campaigned properly.

“We will be racing in Angus’ honour but it’s never going to be the same. We don’t really like the light weather that’s showing.  We would prefer the heavy stuff, but we will be giving it everything.”

No matter who is first across the line, all crews are grateful to have the opportunity once again to do what they love – ocean sail.