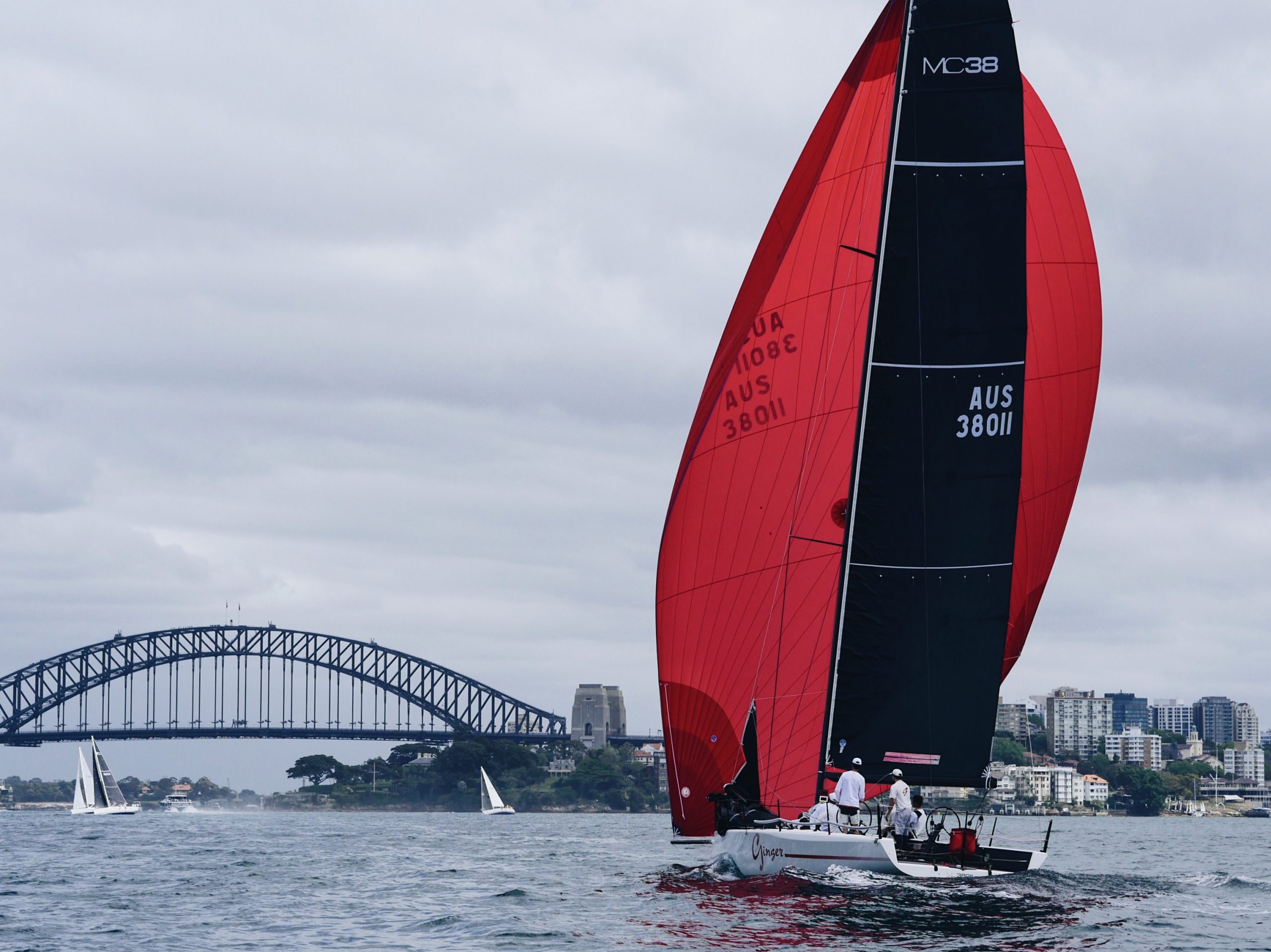 The rolling dominance of Leslie Green’s Ginger team extended to the opening act of the Summer Series for the 2017-18 season, the usual players stretching their day one lead to 10 points over three more races on Sydney Harbour.

ESE winds 8-11 knots on Sunday October 15 contrasted with the opening day’s 16 gusting to 25 knots of breeze out of Rose Bay on the harbour’s eastern shore. Regular Ginger (CYCA) strategist Julian Plante, who helmed for Green, agreed “Sunday was a change in tempo. It was pretty shifty out there with big pressure changes. You had to stick to your guns.

“In the first race we were in the lead, tried to be conservative and ended up fourth. We realised we needed to sail looser, which we did in the last two and came out with better results (two wins). The fleet lifted with the extra boats and the quality of people, which was great to see. It was tighter and tougher and the start lines were much busier. Leslie was following us keenly online and he’s very excited to get back out and do some sailing.”

Neville Crichton’s Maserati (CYCA/RNZYS), with Farr 40 owner Martin Hill driving, won the first race then followed up with two seconds, a performance good enough to warrant the North Sails boat of the day flag and move them into second in the series on a countback. “I haven’t beaten Tom Slingsby since 1992,” joked Maserati’s tactician Joe Turner of his good friend who went onto win an America’s Cup and an Olympic gold medal in sailing.

“With Neville unable to attend but watching on, I was pleased we got there against Hooligan,” Hill added. “It was a very windy first day then lighter for the second and once again fleet positions changed quite dramatically. In the Farr 40s you would expect to extend from a top mark lead as you wouldn’t get dirty air but with the asymmetric kites there’s a lot more to do and positions swap with the speeds of the boat downwind. It can be cruel racing.”

Tactician on third overall Hooligan (RPAYC), Tom Slingsby, said a couple of bad starts on a course off the Royal Sydney Yacht Squadron clubhouse up to a top gate at Point Piper, led to them playing catch up. “It was our first regatta with a few new to MC38s. Nine boats made it very competitive and Sunday’s light to moderate winds and flatwater was perfect for these boats.”

The next event for the one design class is act two of the Summer Series on Pittwater over the weekend of November 18-19.