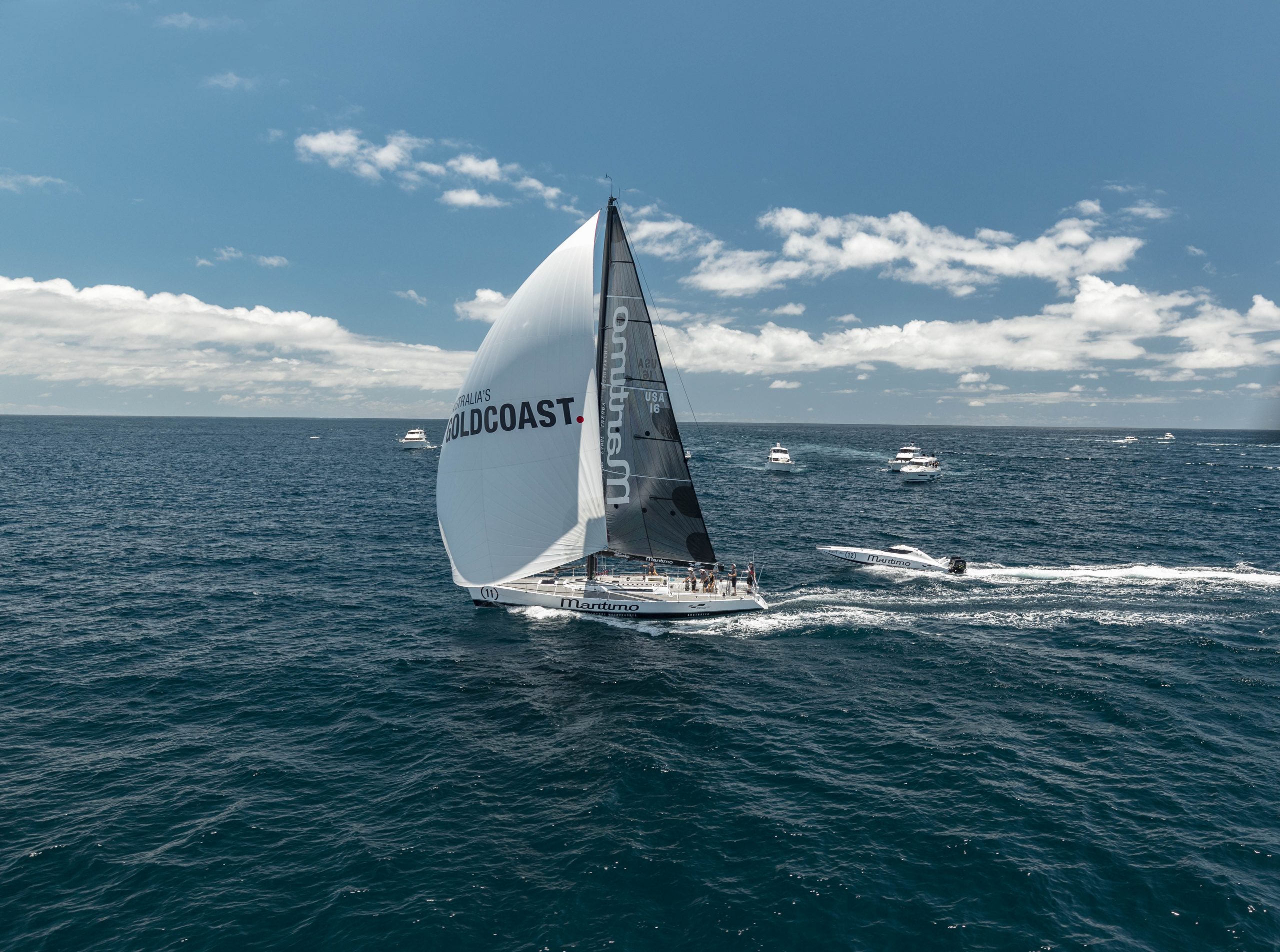 Bill Barry-Cotter’s newly refurbished Schumaker 54, Maritimo, has taken line honours in the 73rd Brisbane to Gladstone Yacht Race in her first major outing in Australia, following the dismasting of Peter Harburg’s super maxi, Black Jack and other yachts that went by the wayside with various failures.

Barry-Cotter, via his sailing master Michael ‘Spiesy’ Spies, bought the former well-performing Swiftsure II out of San Francisco last year hoping to perform well in the 2020 Rolex Sydney Hobart, which was cancelled due to COVID restrictions.

“There was plenty of pressure on Moreton Bay and it just got fresher and fresher, we saw up around 48 knots at one stage,” Spies said of the start after mooring in Gladstone today.

Spies said they arrived in Gladstone first because “we avoided major catastrophe while a lot of our opposition fell around us. We did a Steven Bradbury and lucked in,” he said with a big grin.

Barry Cotter, a well-known Queenslander, said Maritimo had been involved in a major battle with Mayfair (James Irvine’s recently purchased Rogers 46) “right from the start.”

Spies added: “They (Mayfair) passed us big time last night, but we made a better tactical move at Lady Elliot Island. They crossed our transom a couple of times, but I think they had issues with their main.”

Mayfair, also from Queensland, crossed the finish line shortly after Maritimo. Irvine and crew were pleased to finish and with their result of second over the line.