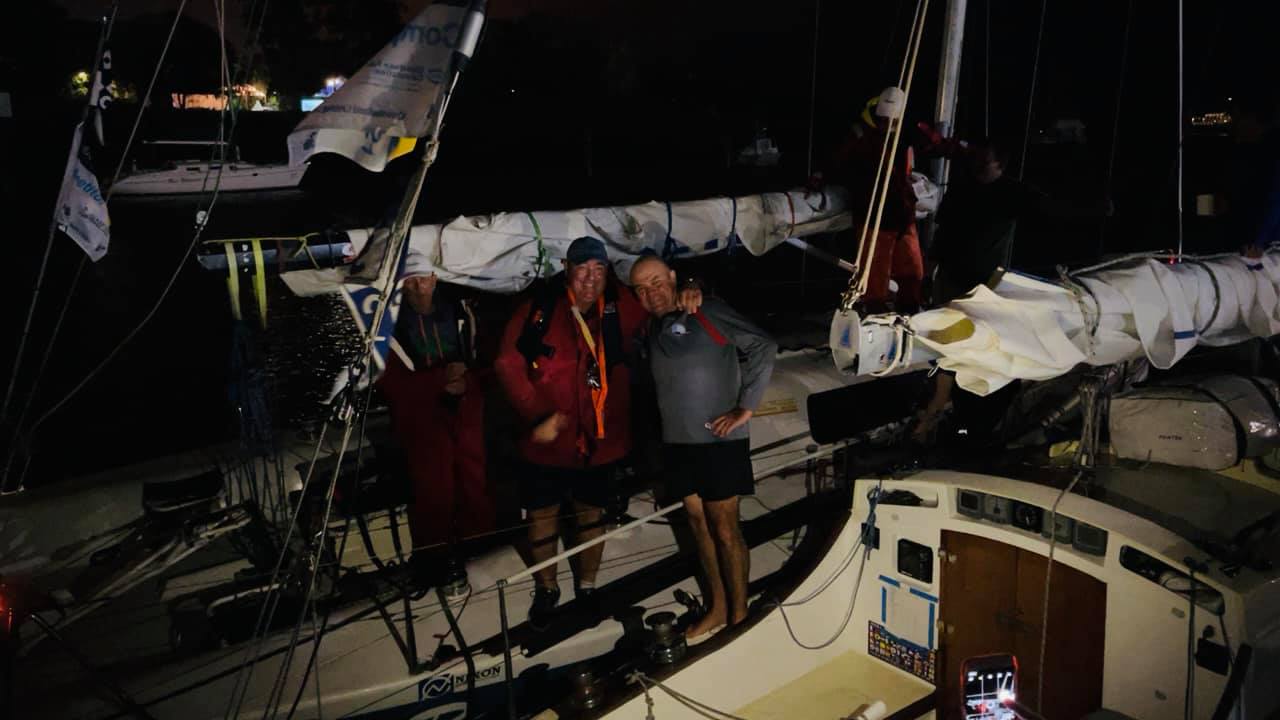 The 73rd Brisbane to Gladstone Yacht Race has come to a close as yachts continued to trickle into Gladstone throughout Saturday and into the early hours Sunday, and local favourite, Wistari, claimed overall honours and the Courier Mail Cup.

A crowd gathered in Gladstone welcome and congratulate one of their own, knowing Scott Patrick was close to being confirmed the overall winner of the race after sailing the 10.7 metre Patrick designed Wistari into dock after finishing at 20.42.27 hours last evening.

Once Wistari was the confirmed winner, it marked her and Patrick’s fifth overall win of the race and they will also become only one of two boats to claim victory times – joining Saltash II.

In finishing the race, Wistari, which represents Port Curtis Sailing Club (the finishing host of the race), also equals the record of Laurabada for the most starts – 51 in total. Both boats had last sailed in 2018, but Laurabada was not on the start line this year.

“I’m pretty dumfounded,” Patrick said laughing on being told he was the likely winner. “It’s all provisional though,” he said. (It has now been confirmed.)

Describing highlights of the race, Patrick said: “We broached pretty early on and ripped a winch out and Yours Truly smashed one of the windows. It was pretty hard out there, as you can gather from the amount of retirements.”

Patrick laughed when he recollected Wistari’s last win was in 1982, proving it pays dividends to keep contesting the race.

Patrick was on hand to welcome fellow Port Curtis Sailing Club member, John Ibell and his Cape 35, Restless to the dock in Gladstone. The two were as pleased as punch to see each other and to have finished the race at all.

Twelve of the 35 yachts entered retired from the race including Peter Harburg’s super maxi, Black Jack (Qld) and Phil Turner’s 2018 Rolex Sydney Hobart winner, the RP66, as conditions persisted in exacting their toll.