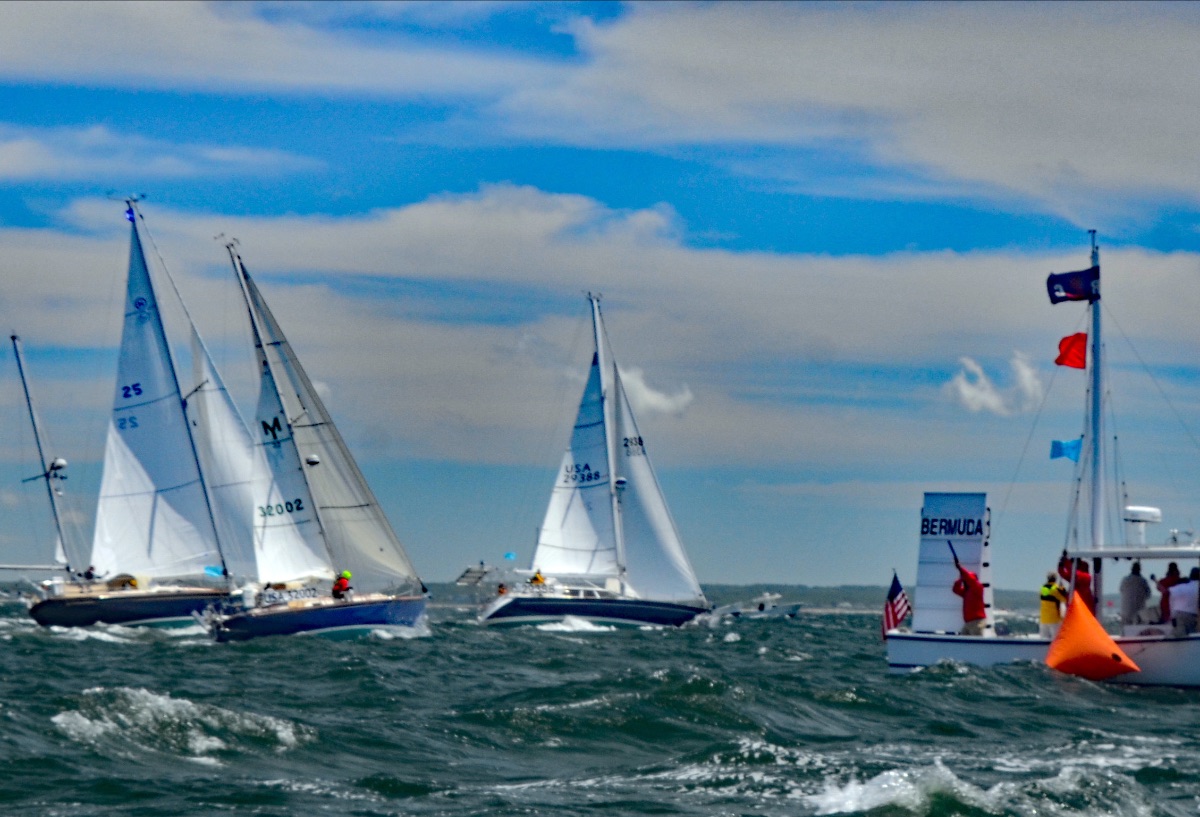 The fleet of 39 Marion Bermuda yachts is on its way to Bermuda and the first start between the classics,Tabor Boy and Spirit of Bermuda, set the pace with an aggressive move by Spirit running down the starting line, crossing close ahead of Tabor Boy.

But the manoeuvre didn’t pay off for the big black Bermuda Sloop. She ran the line in front of Tabor Boy clear ahead. Then when she got to the pin end of the line and hardened up into the wind, she actually sailed outside of the yellow pin, beyond the starting line.

Spirit did not start properly, but continued to sail the course southward on a beat out of Buzzards Bay. Failure to cross the starting line means that Spirit of Bermuda did not start.

Under the rules, Spirit had four hours after the class started to return to the line and actually start properly. Her class start time was 1210 hrs. When she did not return by 1610, she was ruled a non-starter, DNS, and will not be scored in the race.

Founders Division classes A (fastest) through D (slowest) started in reverse order after the classics. All went well. In the Class D start three of the boats had reefs in their mainsails.

By the time Class D started, winds had built to a steady 20 knots with gusts to 30. The tide flooding against the southwest wind made for lumpy going. Reefs were deep and headsails small.

Frolic, sailed by a crew of four with Beverly Yacht Club past Commodore Ray Cullum at the helm, got the best start in Class D. The Dixon 44 from Marion MA dug hard for the Eastern shore of the Bay.

The Class B leader off the line was NA24 Gallant. She’s a Pearson Composite Navy 44 skippered by Christian Hoffman. They looked very smart coming off the line.

Machbuster, the last boat to start in Class A, was flying an orange and white storm jib, prepared for the worst. She’s a Little Harbor 70 skippered by Eugene Berardi from Kingston, NY.