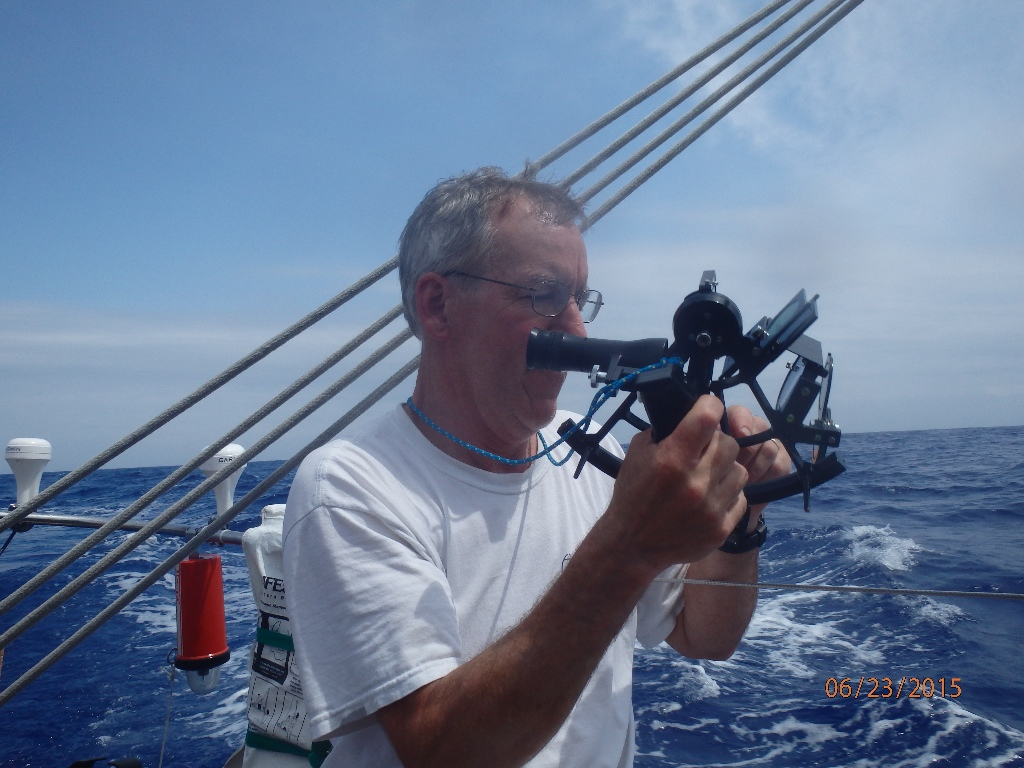 Marion MA, May 21, 2019: When the 2019 Marion Bermuda Race starts June 14, the Founders Division boats will be sailing under a unique, new “anti-bias” adjustment of the ORR handicap system. The adjustment designed by race organizers in collaboration with the Offshore Racing Association (ORA) should remove the bias against faster boats by eliminating the “Parking Lot” effect.

The “Parking Lot Effect” is the bias which occurs when faster boats lose time against slower boats in low-wind or no-wind conditions that are usually experienced south of the Gulf Stream and north of Bermuda and often as evening falls on boats at the mouth of Buzzards Bay.

In addition,The “Perfect Race”, a new H0 (zero) GRIB file analysis, will help skippers learn post-race where they went right or wrong. A new ORA computer analysis will actually show each boat’s percentage of efficiency calculated against the computer’s “best course” elapsed time. After all boats finish, the graphic will be printed and distributed “almost immediately” for each boat.

But first things first… The “Parking Lot” adjustment will be applied as a time correction factor based on actual vs. predicted performance of the first three boats to finish. It will only be applied if conditions are appropriate according to how these boats perform. If the pace boats beat their predicted times, it is clear that they sailed fast and there was no “Parking Lot” at all. In that case, no correction will be applied.

Compared to fast boats, actual slower boats perform closer to their handicap through those slow sailing conditions in the “Happy Valley” above Bermuda. Faster boats are predicted to spend less time to cover the distance. Slower boats seem to come closer to their velocity predictions than the faster boats that spend more time to finish.

If the wind across the ocean course were as consistent as the ORR rating assumes, perhaps more of the faster boats would fare better. Historically, the overall Marion Bermuda winner has been from the slower, small-boat classes. Within the classes, the winner has also been among the slower rated boats.

In his article—Conditions Adjustment to Marion Bermuda Race Scoring— Ray Cullum, a past commodore of the Beverly Yacht Club and a long-time member of the race’s Executive Committee wrote, “The ORR handicapping system assumes that the wind will blow at a certain strength from varying angles for the duration of the race. Individual yacht’s polars then define how fast she should sail the course and the fleet is ranked against a fictional ‘scratch boat’. This assumption is ‘challenged’ by a variety of race specific climatic and oceanographic conditions. Ocean races of long duration will typically experience these varied conditions…. In the case of the Marion Bermuda Race (or any race to Bermuda) it is the Bermuda high pressure gradient.”

Mary Pierce, Marion Bermuda’s Principal Race Officer (PRO) and person in charge of Operations and Scoring, explained that if there is a “Parking Lot” effect, which there usually is on the approach to Bermuda, an adjustment will be implemented. She explained the adjustment.

“The way it is calculated is that we take the elapsed time of the first three finishers (who finish without issue) and subtract from that their predicted arrival time based on their ORR handicap. Most often they take longer than ORR would predict them to, so there is a differential.”

“We will average those three and that will be the number that will be subtracted from everybody’s elapsed time. The faster boats get more of it and the slower boats get a little less of it.”

“If the three boats beat their own predicted times, then there is no adjustment necessary.”

“The history on this,” Pierce added, “is that we went through races back to 2007 and looked at the graphs of elapsed times, corrected times and predicted times because there has always been a sense that big boats can’t win this race… the littlest boat always wins. Statistically, more than half the time that is actually true. More often one of the three littlest.”

“In a perfect adjustment, a 'best fit' line through corrected time graphed against ratings would be a horizontal line. “When you draw a graph, it is clear that the little boats are given an advantage. It makes sense that the advantage  comes from the parking time as the boats are parked at least once, often twice and the parking time costs the big boats a lot more than it costs the little boats. If the little boat stops for an hour they lose six to eight miles. If the big boat stops for an hour, they could loose 15 miles.”

“This is an attempt to use as close to actual conditions on the field of play…. We ran our model on the last four or five races and it does seem to help. But it is not perfect. This is an ocean race. We’re going to run with it because it’s the thing to do.”

To make this all transparent, the formula is actually published in the Sailing Instructions which were posted April 29. As soon as the parking effect is calculated it will be posted on the Official Notice Board on the website and at the Royal Hamilton Amateur Dinghy Club in Bermuda. Each boat can do its own calculations, if someone aboard still understands algebra.

The Perfect Race… the new individual H0 (Zero) GRIB analysis of the each boat’s performance… is the other interesting enhancement which Pierce said the Marion Bermuda Race is offering in 2019. This analysis is done with the help of Jim Teeters at ORR.

The system lets each skipper and crew review their performance compared to a VPP based predicted “best course” to Bermuda using NOAA H0 (Zero) GRIB weather forecasts and Gulf Stream data on Expedition routing software. As the race progresses, the new weather forecasts are loaded into the mix.

Every boat’s perfect course is calculated by the software to show where the system calculates their boat with it’s ORR handicap and VPP should have gone, the best course. Another overlay on top of that plots their actual Yellowbrick track of the boat for the race, the actual course they sailed.

Pierce said this will be available in a pdf file to the boats “relatively immediately.” The plan is to give a printout to each skipper on prize giving day. Following that, each analysis could be posted on the web site where friends, the public and race analysts worldwide could review the details of the race. The H0 (Zero) GRIB analysis will not be used in the scoring of this race.

“This new analytical tool is a fun, exciting and a different way of looking at the race,” Pierce concluded. “Because Yellowbrick updates every 15 minutes, you can review the race by ‘watch.’ It could provide data for different conversations in post-race conversations among crews. The analysis actually calculates a percent efficiency calculated against the computer’s best course predicted time. The boat with the best percent efficiency could be considered to have sailed the best race.”

The goal of all race organizers is always to make their competition as fun and fair as possible. The introduction new “Parking Lot” adjustment and the “Perfect Race” H0 GRIB analysis by the Marion Bermuda Cruising Yacht Race Association promise to be positive steps toward that goal.

Races Within The Race

Competition for special awards is a unique attraction for the Marion-Bermuda Race. The Notice of Race has all the details. Go to the website for photos and descriptions of the trophies and the competition for them.

About the Marion Bermuda Race

The 2019 race is the 22nd Marion Bermuda Race and the 42nd year for the 645-mile open ocean challenge for cruiser type yachts.

The first Marion-Bermuda Cruising Yacht Race in 1977 saw 104 starters cross the line. Over the forty-two years since that first race the race has evolved into a true offshore challenge for cruising yachts, amateur, family and youth sailors. Special prizes abound to emphasis celestial navigation, short handed sailing, family crews and regional competition. The race is handicapped under the ORR rating system to assure the fairest scoring available for ocean racing yachts.