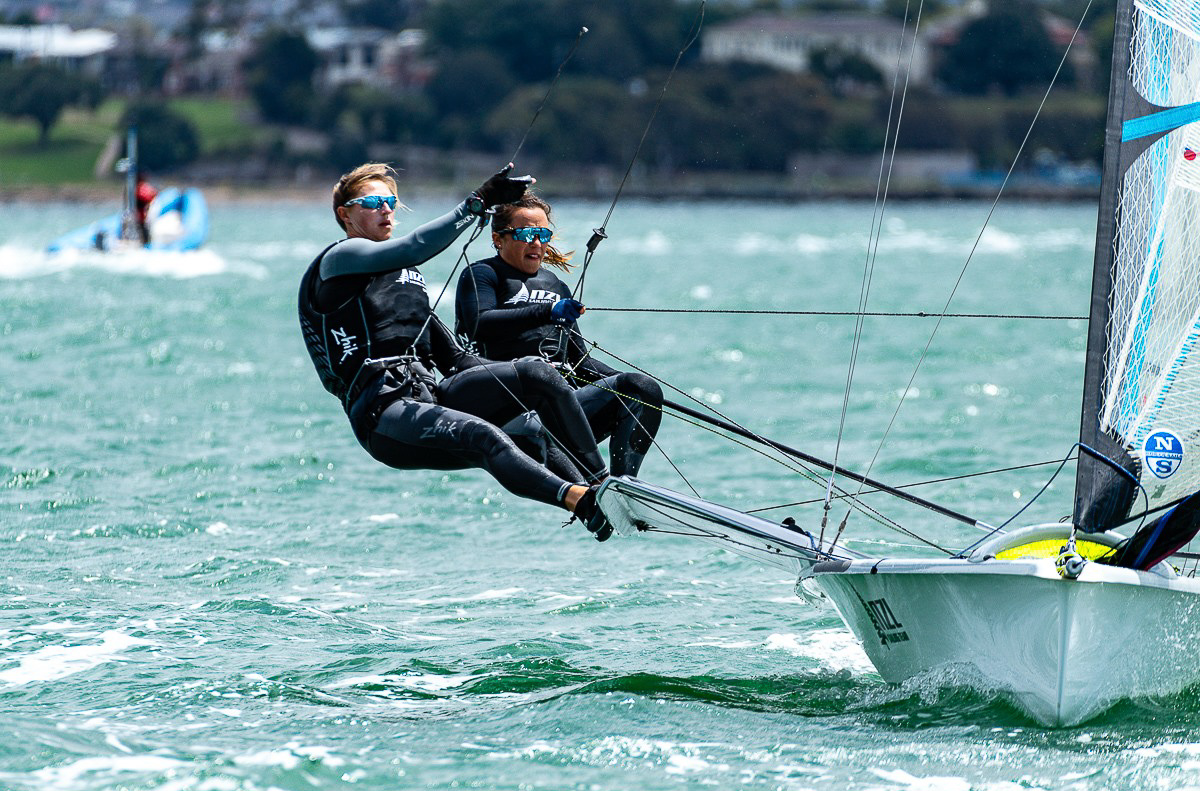 Alex Maloney and Molly Meech have withdrawn from the upcoming 49er, 49erFX and Nacra 17 world championships in Melbourne after Maloney fractured her foot in training two days ago.

The Olympic silver medallists were among the contenders to add to the title they won in 2013 but Maloney fell awkwardly when performing a tack during practice racing and hurt her foot.

“We didn't think it was too bad at first,” coach Nathan Handley said. “She came in and iced it and we thought it was just bruised but later on as it was still hurting we got some x-rays and found out there's a fracture in the foot.

“The girls are devastated, obviously, being so close to the world championships and having this sort of injury. They were in really good shape. Everything was going well. They were sailing well, the boat was going well and we definitely thought we had a good shot at the podium here in Geelong.”

Maloney and Meech were second at last week's Oceania championships, the warmup regatta for the world championships, and were expected to do well in the generally strong winds forecast for Geelong this week. Racing starts tomorrow.

It's not known what the injury now means for Maloney and Meech's Olympic buildup. Maloney will return home this week and see a specialist.

“We are still waiting to find out more information about it because it's such early days,” Handley said.

“The Olympics is the main goal. We will sort out a calendar when we know more information on the injury and when we can get her back in shape and back in the boat.”

New Zealand has a strong contingent of sailors in Melbourne, with nine 49er crews, four Nacra 17 teams and one remaining 49erFX combination.

The Laser world championships are also in Melbourne and start on Tuesday.