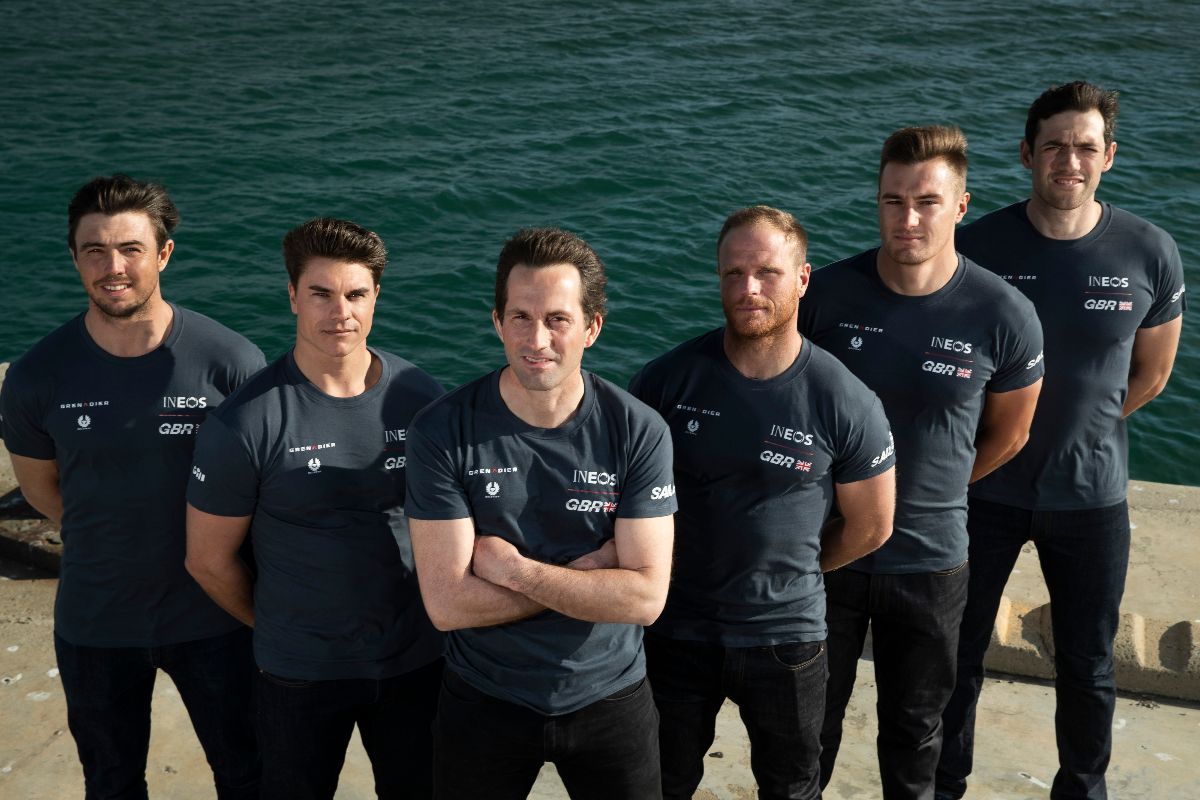 Great Britain SailGP Team, presented by INEOS, has revealed its full team line-up ahead of the SailGP Season 2 opener in Sydney on 28-29 February.

The new-look crew has a wealth of talent and experience on-board and is already a tight-knit team with five of the six members currently sailing together as part of INEOS TEAM UK’s America’s Cup challenge.

One of the world’s most successful Olympic sailors, Ben Ainslie, will helm the F50, while fellow Olympic gold medallist, Iain Jensen (AUS), joins as wing trimmer. The flight controller role is filled by another Australian, Luke Parkinson. Both Jensen and Parkinson have moved over to the Great Britain SailGP Team to join their America’s Cup teammates after competing with Japan in SailGP Season 1.

Completing the line-up in the grinder roles are Matt Gotrel, an Olympic gold medal winning rower, and Neil Hunter – both of whom sailed together with the British SailGP Team last year and are also part of the British America’s Cup challenge. They are joined by fellow returning teammate Richard Mason.

Ben Ainslie commented: “We are looking forward to getting out on the water and competing in a highly charged racing environment against some really tough competition.

“We can’t wait to get going. The squad is a combination of sailors from last year and members of the wider INEOS TEAM UK America’s Cup team. Each sailor has raced these boats before, and we know each other well. It’s now about putting that knowledge and experience together.”

Iain Jensen, known as ‘Goobs’, has competed at two Olympic Games and in two America’s Cup campaigns. He brings a significant amount of knowledge and experience to the British team.

Commenting on the new modular wing, due to be rolled out at event two in San Francisco, Jensen said: “To have the ability to sail in more wind strengths and push these boats harder is going to be a game changer.”

Helping to control the F50 from the ‘cockpit’ is flight controller, Luke Parkinson, who has competed in both the America’s Cup and the Volvo Ocean Race, including winning the 2014/15 edition with Abu Dhabi Ocean Racing. Parkinson will control the main system on the F50 which alters the rudders and foils.

Neil Hunter, who at 24 is the youngest member of the team, was the youngest sailor to compete in the 35th America’s Cup in Bermuda in 2017, where he was also part of the British team that won the Youth America’s Cup. A fit grinder, he now looks forward to his second consecutive SailGP season with the Great Britain SailGP Team.

Alongside Hunter in the grinder roles are returning Great Britain SailGP Team members, Matt Gotrel and Rich Mason. Gotrel came back to sailing two years ago after crossing over to rowing during his university years which culminated in winning Olympic gold for Team GB at Rio 2016.

Mason is a highly experienced professional sailor who has competed in various catamaran classes including the M32 Series, GC32 Racing Tour and the Extreme Sailing Series. His biggest achievement to date, however, was on one hull when he completed the gruelling, single-handed Solitaire du Figaro race.

Team CEO, Chris Draper, meanwhile steps off the F50 to focus on running the team from dry land.

Commenting on the season ahead Draper said: “We can’t wait to get back out racing after a long break following the final in Marseille last year. Sydney is a fantastic venue and we’ve come such a long way since this time last year.

“With the combined experience these athletes have, we’re feeling excited about the year ahead. The team is just planning to get out there and put everything we learnt in Season 1 into practice.”

Great Britain will take on six other nations including reigning champions Australia, Denmark, France, Japan, Spain and the United States when the season gets underway in Sydney on the 28 February. The team will compete in front of a home crowd in Cowes, Isle of Wight, 14-15 August, following events in Sydney, San Francisco and New York.