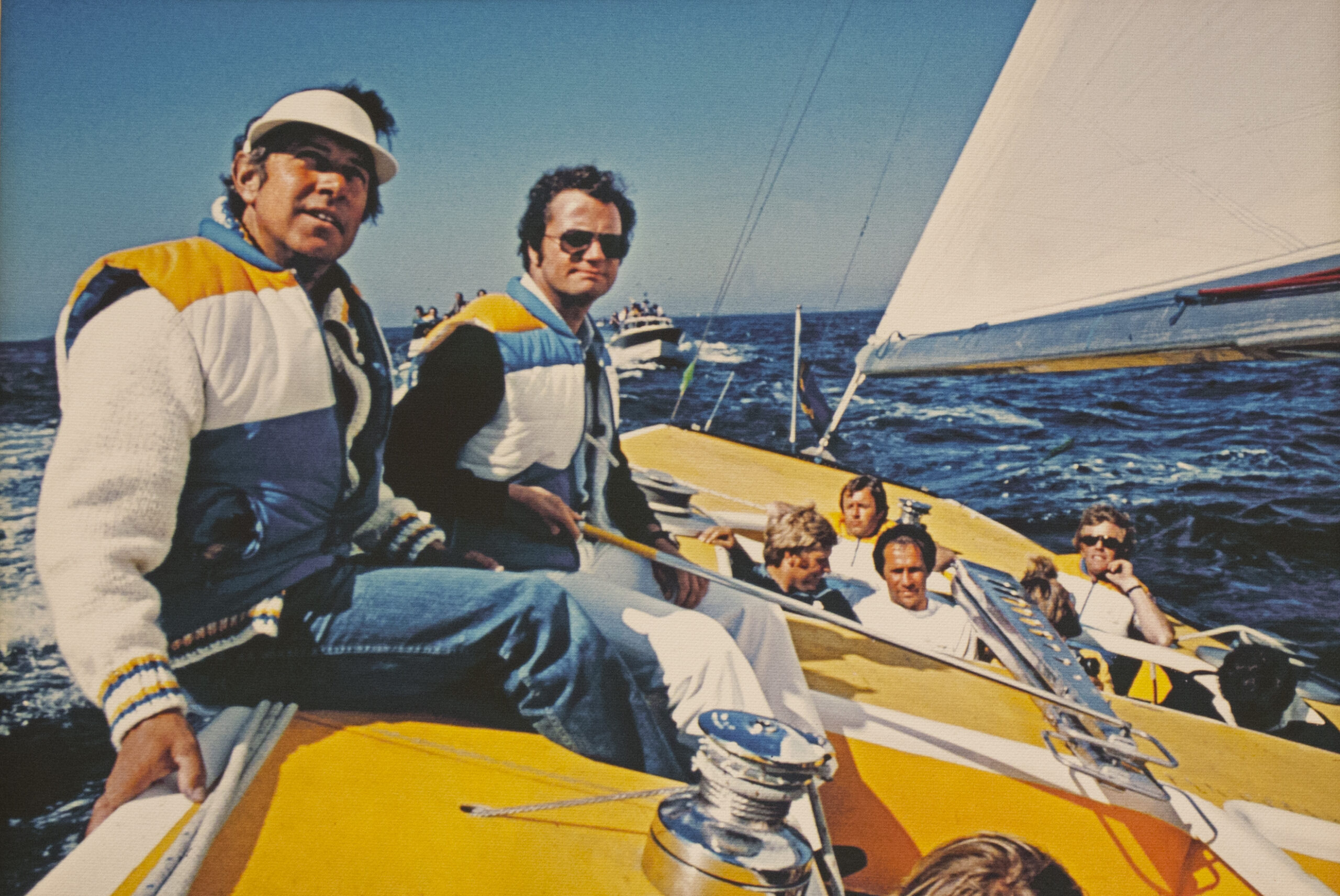 The Swedish sailing icon and legend, Pelle Petterson, has been announced as winner of the prestigious Magnus ”Mange” Olsson Prize 2022, which is awarded annually to an individual who has made an indelible contribution to the world of sailing,

Pelle Petterson is the first Swede to be awarded the Mange Olsson prize and joins an impressive list of previous recipients which includes some of the biggest names in the sport of sailing: Torben Grael, Sir Ben Ainslie, Stan Honey, Santiago Lange, Grant Dalton, Carolijn Brouwer, Peter Burling and Martine Grael.

For many years Pelle Petterson was one of the best sailors in Sweden. With two Olympic medals in the Star class – one bronze in 1964 and one silver in 1972 – and a further ten World Championship medals, including one gold in 1969, he was also a top name on the international sailing circuit.

Twice he led a Swedish challenge for the America’s Cup, in 1977 and 1980, with the boat Sverige. Both times, with Mange Olsson as a valued team member.

He also raced on board The Card, the Swedish entry in the 1989-90 edition of the Whitbread Round the World Race, the predecessor of The Ocean Race.

In addition to being a renowned sailor, Pelle is also a design icon, first and foremost within the marine industry where over 100,000 boats have been produced to his designs. But it doesn’t end there; Pelle created a Volvo sports car (the P1800, which is today a cult classic). His other design products range from watches to a Stena ferry.

In 2004 he was awarded the KTH, The Royal Institute of Technology prize for his lifelong design work and in 2011 he received the H.M. Konungens, his Majesty the King’s, medal for special services.

Pelle is the very first member of the Swedish Sailing Hall of Fame. He can also claim an influence on helping to develop Magnus Olsson into the renowned sailor he would become, after offering him a place as crew on board the Swedish America’s Cup challenger, Sverige in 1977.

Pelle had recognised that Mange was a good dinghy sailor and had dedicated his special project at KTH (The Royal Institute of Technology) to the computerisation of compasses. Mange would help Pelle to create a navigation system for the campaign and become a crew member for the Sverige challenge.

That was nearly 50 years ago, in 1976. Mange was just 27 years old and never hesitated to jump onboard when he got the call from Pelle. Mange would say goodbye to his engineering career after Pelle handed Mange his ticket to the professional sailing circuit.

Now the circle is complete, with Pelle Petterson winning the 2022 Magnus Olsson Prize.