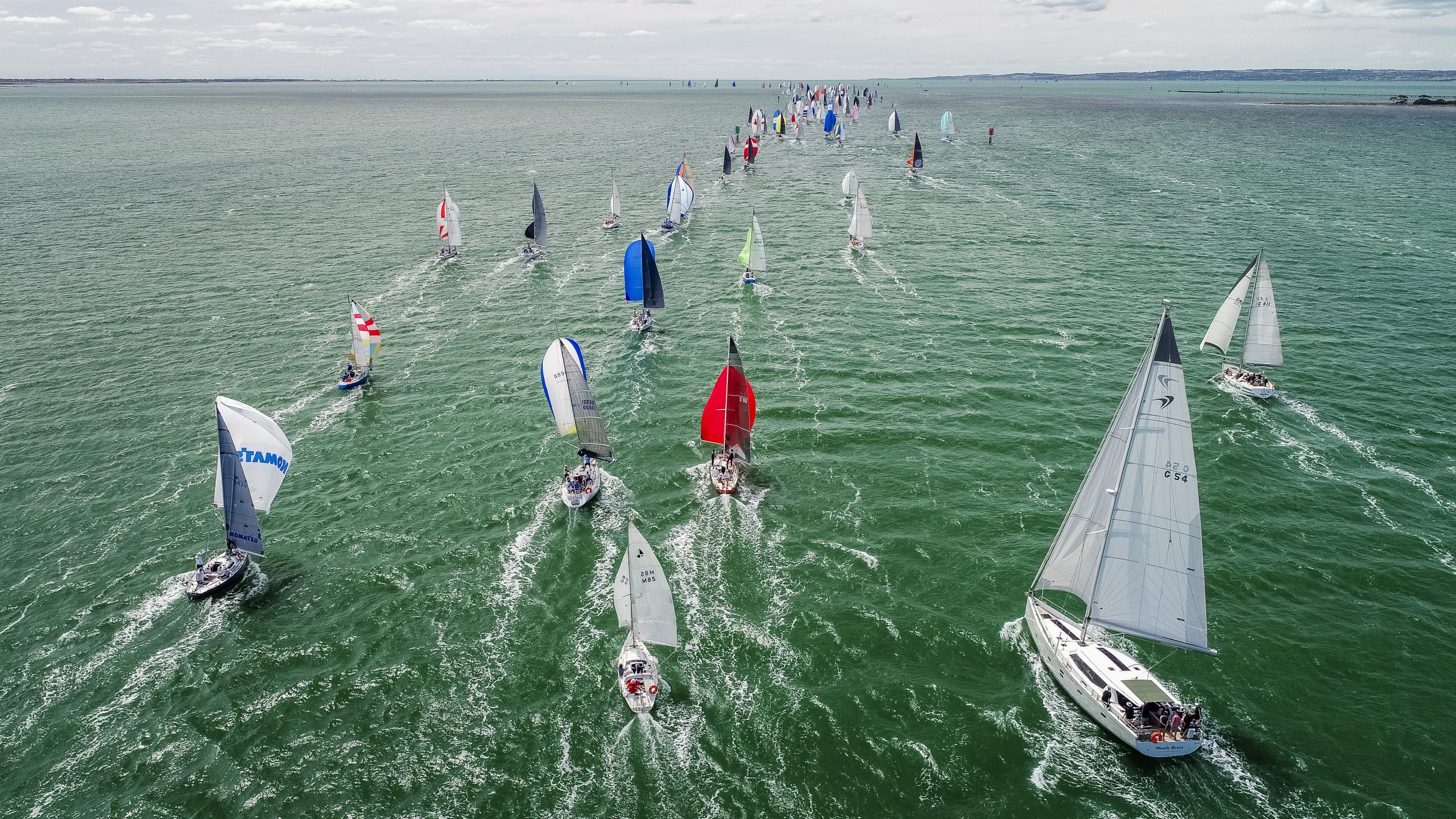 A fleet of 245 boats will set sail tomorrow for the spectacular 56km Passage Race from Williamstown to Geelong.

The oldest race in Australia will mark the start of the 177th MacGlide Festival of Sails, which runs in Geelong until Monday afternoon.

More than 100,000 people are expected to flock to the Geelong waterfront over the Australia Day long weekend to celebrate the 2020 MacGlide Festival of Sails – Australia’s oldest annual sport event.

The three-day event will attract up to 300 boats with 3000 competitors and support crew coming from around Australia including Queensland, New South Wales, South Australia and the Australian Capital Territory.

Sailors will compete in a diverse range of vessels from grand prix racers to family cruising boats, multi-hulls and sports boats, as part of the largest keelboat regatta in the southern hemisphere.

At least a dozen boats which were entered in the Rolex Sydney to Hobart Yacht Race have also signed up for the MacGlide Festival of Sails, which will feature 14 different race series, including a new category just for TP52s. The J111s will also host their national championship during the regatta.

In the off-the-water action, the Waterfront Festival, presented by Geelong Connected Communities, will bring Steampacket Gardens, Eastern Beach and the grounds of the Royal Geelong Yacht Club to life with a smorgasbord of exciting activations and experiences.

Highlights of the three-day Waterfront Festival will include live entertainment and “come and try” activities such as discover sailing and virtual reality sailing. There will also be a multitude of stallholders providing food, arts and crafts.

MacGlide Festival of Sails Chairman, Stuart Dickson, said the Festival was shaping up to be a fantastic event with the current forecast of “light northerlies for the Passage Race making for a spectacular spinnaker start”.

-more-
“Light winds over the weekend will make for tactical sailing,” he said.

“The MacGlide Festival of Sails is Australia’s biggest celebration of sailing with plenty of action both on and off the water. There really is something for everyone with the Waterfront Festival, presented by Geelong Connected Communities, a huge drawcard for our sailors as well as our other visitors.”

Mr Dickson said this weekend’s entertainment schedule “promises to deliver another fantastic program of events. We look forward to welcoming visitors, including families, from near and far”.

Throughout the Festival the Royal Geelong Yacht Club (RGYC) will be open to the public to enjoy the atmosphere and entertainment in the Regatta Village, which will be facing the water inside the RGYC club grounds.

The Regatta Village will include a big screen (for keeping up to date with the on-water action), food trucks, live music and a variety of stalls with sailing merchandise and activations.

As many as 30 acts, including many local artists, are set to perform on two stages (Regatta Village, inside the grounds of the RGYC and the Geelong Advertiser stage at Steampacket Gardens).

Aussie singer/songwriter Richard Clapton will headline the Australia Day entertainment line-up in the Regatta Village on Sunday night. Other entertainment highlights over the weekend will include The Mik Maks, Australia’s Got Talent entrant Jael Wena and INXSIVE the INXS Tribute Show.

Earlier this week, RGYC announced it will contribute $10,000 to kick start a ‘Festival of Sails’ bushfire appeal in the wake of cancelling its traditional Australia Day Fireworks show, on Sunday. To donate, please see details here http://bit.ly/2vbVaZU

All funds raised will go to the Salvation Army National Bushfire Appeal, with 100 per cent of all donations going directly to those families and communities impacted by the fires.

Meanwhile, a special ‘Waterski Light Show Spectacular’ from 9pm will be held in the original fireworks display timeslot. This special night-time show can be best viewed from Steampacket Gardens and Cunningham Pier.

The MacGlide Festival of Sails kick-starts a massive ‘Summer of Sailing’ for the Royal Geelong Yacht Club (RGYC) which is also hosting four world championships during February and March.

Geelong will welcome more than 400 sailors from 35 countries for the 49er, 49erFX and the Nacra 17 World Championships, from February 6 to 15, with many vying for selection for the Tokyo 2020 Olympics. These regattas are expected to inject more than $6.8 million into the local economy.

The Wooden Boat Festival will follow from March 6 to 9 and then the Laser Masters World Championships will be held from March 19 to 28. In total, RGYC will welcome almost 1000 boats and thousands of sailors from around the country and overseas for this entire summer series.

To view full schedules of activities during Festival of Sails, please visit www.festivalofsails.com.au