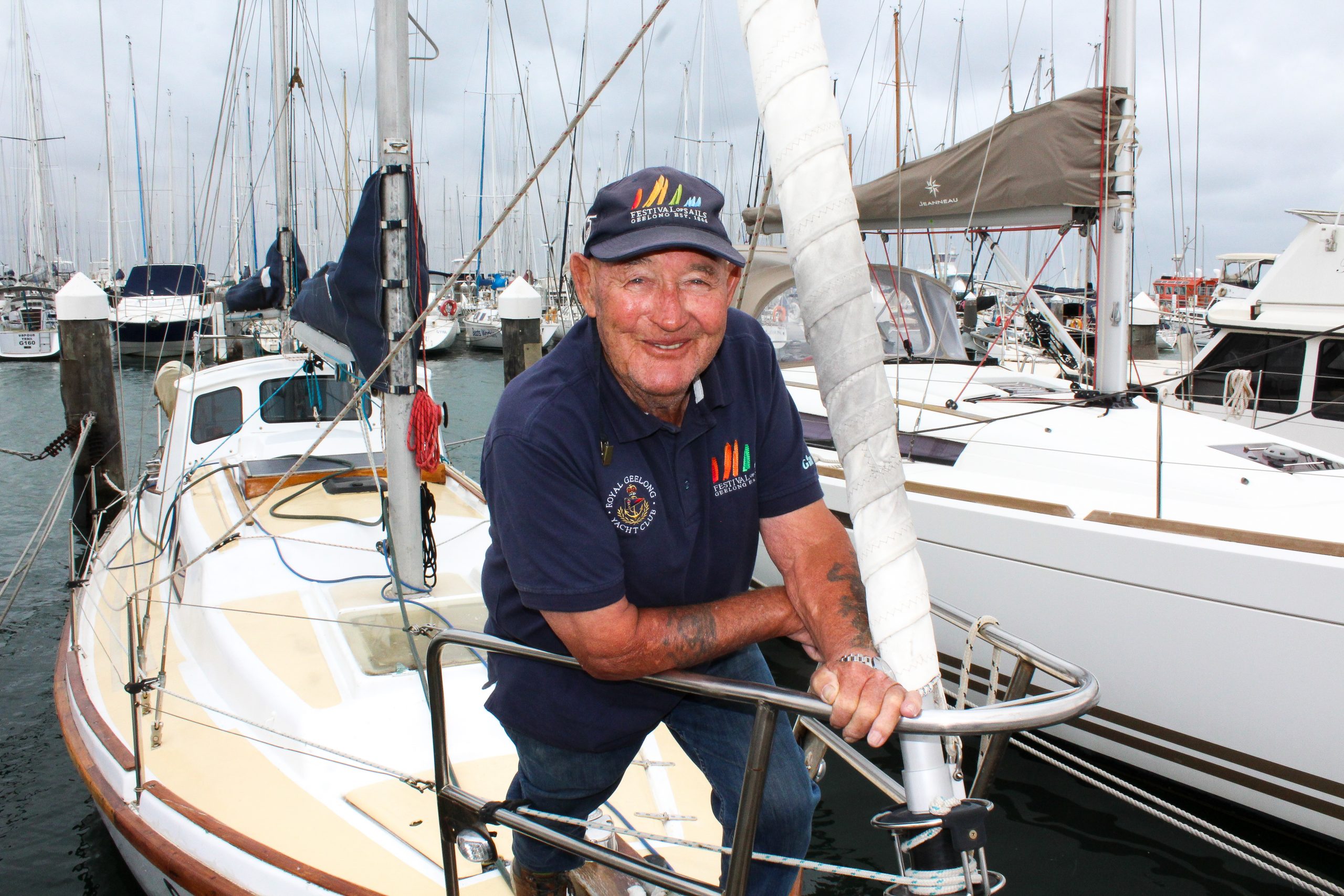 Billy Parker is hoping for a double celebration this weekend, when the MacGlide Festival of Sails kicks off on Saturday with the historic Passage Race.

The Royal Geelong Yacht Club stalwart will celebrate his 82nd birthday on Saturday, competing in the spectacular 56km Passage Race from Williamstown to Geelong – the curtain-raiser to the 177th MacGlide Festival of Sails.

Billy, who has been sailing for more than 70 years, won the 2018 Passage Race in the Cruising Division, on-board his boat Kestrel of Gosford. RGYC’s oldest competing sailor, he is also expected to be one of the oldest competitors at this weekend’s three-day festival.

The revered RGYC sailor said he and his crew would be trying for another Passage Race win but said it would come down to a number of factors, including the weather conditions, on the day.

“I started sailing when I was about 11 at Williamstown Sailing Club and I sailed there until I was 17. I then went away for seven years in the Navy before I came back and started sailing again for about five years,” he remembers.

“I then started a business and dropped out of sailing for about 25 years, before getting involved again in Williamstown,” he said.

“The first Festival I ever did was in the 1960s on someone else’s boat and it was a really tight regatta.”

“Eventually I came to Geelong and started sailing here and bought a boat. I competed in Festival of Sails 20-odd years ago with that boat for the first time.”

“In that first race, the Passage Race from Williamstown to Geelong, I snapped a boom in half. In the intervening years I think I have sailed about 15 Festival of Sails and didn’t place, but in 2018 I won my Division (Cruising) in the Passage Race, just after my 80th birthday.”

“It’s relaxing but at times it can be challenging. I think it is great,” Mr Parker said of sailing.

Mr Parker said he loved the atmosphere of the MacGlide Festival of Sails.

“I found when I still had the business I could come down here and go sailing and you forgot about everything – you were just out there racing.”

MacGlide Festival of Sails Chairman, Stuart Dickson, said sailing was an inclusive sport which catered for young children just starting out in Cadets, right up to veteran sailors like Mr Parker.

“It’s also a unique sport as it is something families can enjoy doing together.”

“The Royal Geelong Yacht Club is looking forward to welcoming sailors of all ages, from around Australia, this weekend.”

More than 100,000 people are expected to flock to the Geelong waterfront this Australia Day long weekend to enjoy plenty of action and live entertainment.

The Waterfront Festival, presented by Geelong Connected Communities, will bring Steampacket Gardens, Eastern Beach and the grounds of the Royal Geelong Yacht Club to life.

The family-friendly Festival will include a smorgasbord of exciting activations and experiences from live music to “come and try” activities such as discover sailing and virtual reality sailing.