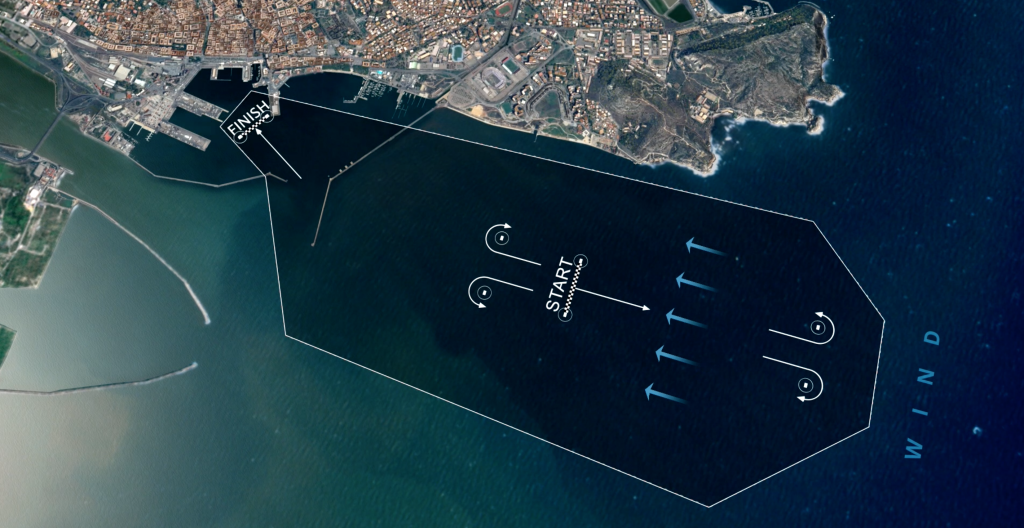 The opening event of the three-regatta America’s Cup World Series circuit, the ACWS Sardegna – Cagliari, will be held from 23-26 of April, 2020.

It is a key milestone in this America’s Cup as teams and fans around the world will get some indication of how these revolutionary monohulls will race against each other ahead of the Prada Cup Challenger Series and the 36th America’s Cup Match in 2021.

The waters off Cagliari will form the racecourse for the competing America’s Cup teams with racing starting on the 23rd.

The race course, positioned just outside the port of Cagliari, will have a windward leeward configuration – with an upwind start to ensure a conventional match race pre-start – and the free-to-enter race village on the city’s waterfront on Via Roma will be open from 10:00 until 21:00 hours each race day with a huge range of experiences for everyone.

For those not able to attend in person, stay tuned to americascup.com for broadcast and live streaming options will soon be announced.

But Sardinia is just the beginning of a 2020 full of action. Not long after, the teams will move to Portsmouth (UK) where the second ACWS event will take place from 4-7 June.

The teams will then congregate in Auckland, New Zealand for the third and final event from 17-20 December 2020, with the regatta raising the prospect of the teams racing their second AC75s for the very first time.

As per every America’s Cup cycle, teams are trying to keep their plans as secret as possible, but sailing in the age of social media makes that hard to achieve, especially in Cagliari where the waters have become more crowded with not one, but two AC75’s now on location in Cagliari.

INEOS TEAM UK’s temporary base in Cagliari it’s now fully operational allowing the team to resume their training on Britannia. Although teams, as per the Protocol, are not allowed to train together, Cagliari is now the place to be to see some AC75 foiling action.

Luna Rossa Prada Pirelli Team, with their home base in Cagliari, have been training consistently since the launch of their first boat in October. Although everything is kept quite secret the Italian's latest video showed some impressive speed and foiling manoeuvres. In three months’ time, will they have the home court advantage?

The Defender once again surprised most of their fans launching a scaled-down test boat on the 22nd of January. Te Kāhu plays a vital role in their lead up to their second boat. A strategy opposite to that of the Challengers that used their test boats to build their first gen AC75s. Is this a good call? Only time will tell.

American Magic is probably the team that has kept things most secret, trying to stay under the radar as much as possible since becoming the first team to ever foil an AC75 in September. But recent video and images released by the team show that a lot has been done and that after the move to their winter base in Pensacola, training has resumed and the team is completely in control of their AC75 Defiant.

Different boats, opposite strategies, diverse plans, who are you betting on? Stay tuned to find out which team made the best call, the first AC75 race is just around the corner…