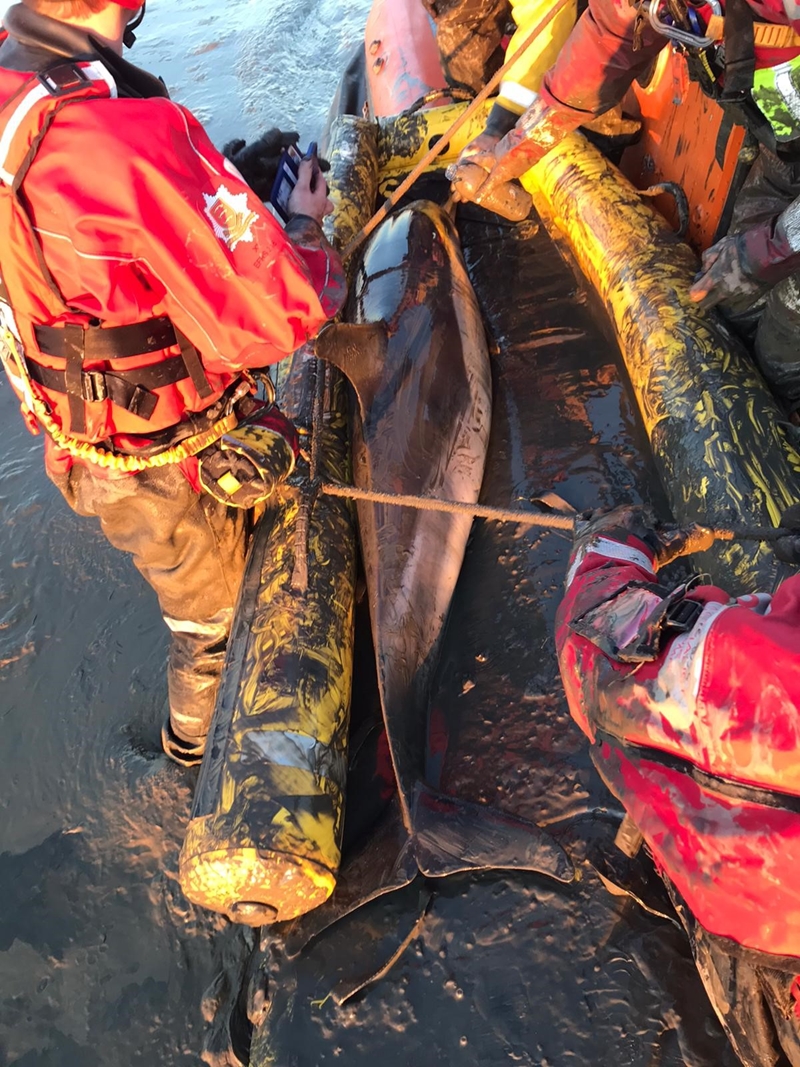 The volunteer crew of Southend-on-Sea’s RNLI Hovercraft launched on Monday 20 January to assist in the rescue of two dolphins who had become stranded on mud at Mucking on the north bank of the Thames.

The four-man crew of the hovercraft arrived on the scene to join fire-fighters from Essex Fire and Rescue and volunteers from the British Divers Marine Life Rescue who were trying to save the dolphins, which had created a hollow in the mud and were some distance from the water.

In an operation that took around two hours, the RNLI crew worked alongside the fire-fighters and divers to free the dolphins from the mud. Then using two inflatable rafts from the fire service, one on each side of the hovercraft, the two dolphins were ferried to the open water across the mudflats.

“We thought once we got them to the water that would be it, but it took a lot longer than anticipated,” explained RNLI volunteer hovercraft pilot David Cartwright. “They were in the water for around an hour and a half and we were about to give up when one of them perked up and swam off and then the next one followed. Hopefully they will be alright.”

“We would never have done it without the hovercraft,” he added. “It was a real multi-agency operation, at one point we had around 15 people on and around the hovercraft trying to save the animals.”

With so many volunteers from different organisations taking part in the rescue the Gravesend RNLI lifeboat was also launched from the south bank of the Thames to ensure the safety of those on the mudflats, which can be particularly treacherous and sticky.