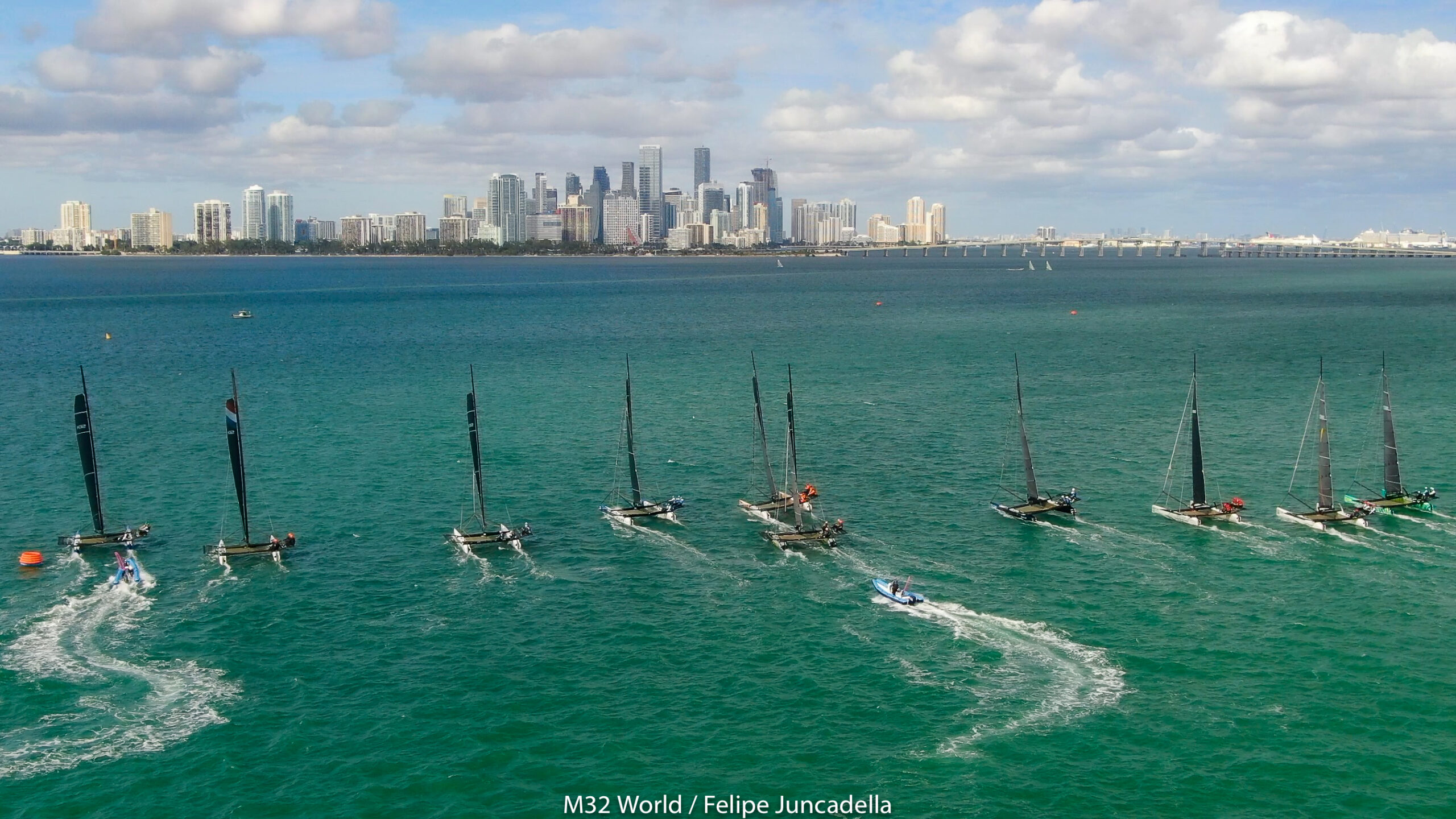 Day two of the M32 World Championships in Biscayne Bay, Florida began with calm winds, bright skies and temperatures in the mid 70s, so the Race committee attempted an on time start, but squalls forced the fleet back to shore to await safe racing conditions until a little after 3:30 one exciting race in 20-22 knots was held.

Teams had to stay on their toes to get around the track. Midtown did well to stay clear of carnage and won the only race of the day moving into third position overall. Convexity padded her overall lead a few points by finishing second in the race. Gravedigger, helmed by Jimmy Prendergast, and Inga From Sweden, driven by Richard Goransson, finished third and fourth respectively, showing just how deep the fleet is.

However, another squall forced the sailors back to the dock before the race committee could start any more races.

In the extra downtime today, some European teams shared how they got into the class and why this event was worth the trip.

Bliksem, Pieter Taselaar’s team has done more North American Regattas than any other European team in the last few years. He is drawn to the Miami winter series year after year because of the warm weather and great atmosphere, one that reminds him of some of the best M32 sailing venues in Europe.

“For the European teams,” Said Taselaar, “come down in January, February, March or April and it’s 25 degrees Celsius and 12 knot breezes. You can’t ask for anything better and Miami is a great city.”

This is Richard Goransson’s third season in the class on Inga From Sweden. The M32 was his first multi-hull boat.

“I was a bit intimidated at the beginning,” Goransson said, “but it works out pretty well, and I really enjoy it. It’s just a lot simpler than most other classes.”

Goransson started the Worlds strongly with a second and a third, but got caught over the line early in a couple of the races on day one. He is now aiming to climb the leaderboard in the next two days of racing.