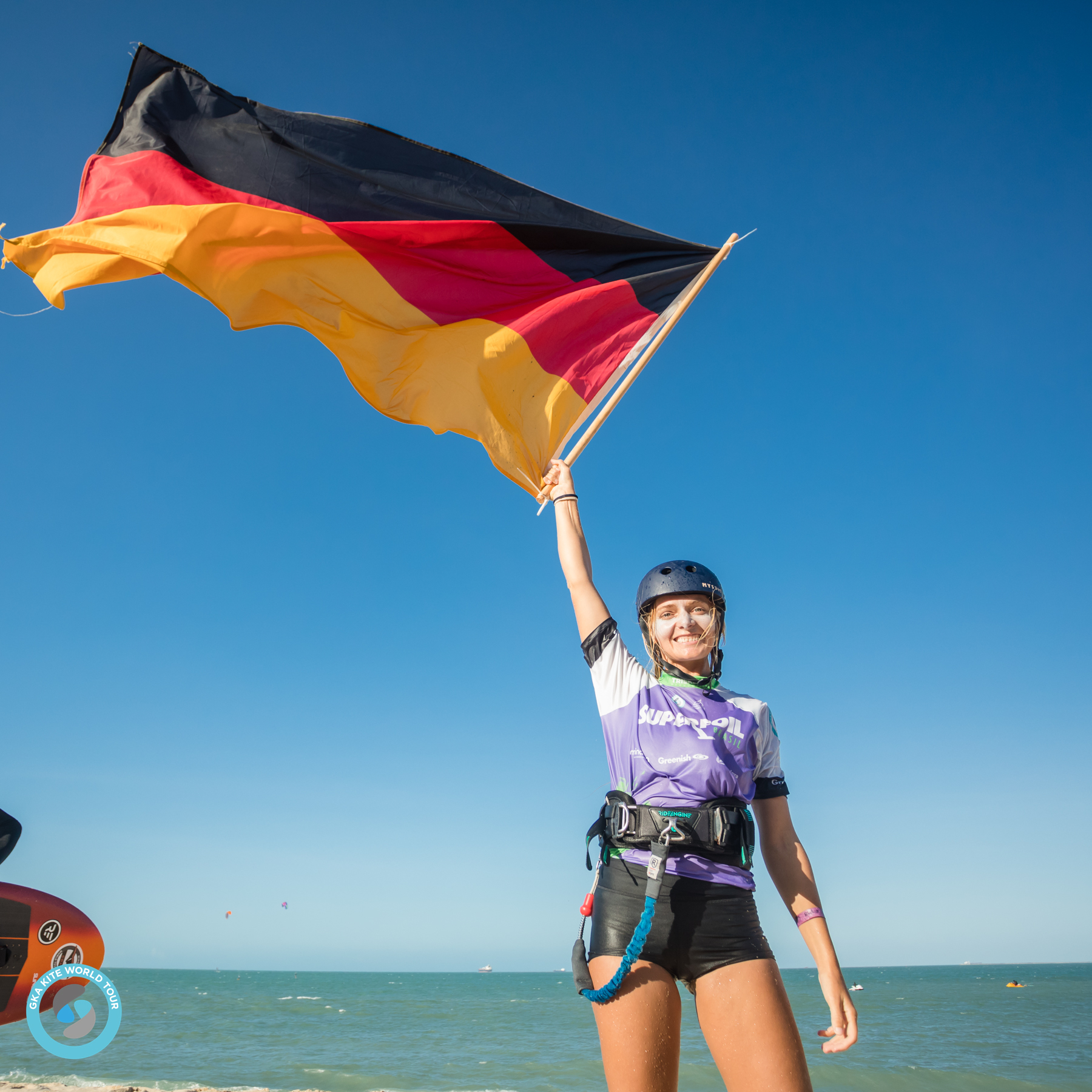 It was another perfect day for the GKA Hydrofoil Freestyle World Cup in Fortaleza, as the wind was pumping at 20-22 knots and the top hydrofoil freestylers in the World were ready to put on a final show.

Women’s final
The Women’s final was action-packed as Kylie Zarmati battled with Maike Elise, both athletes wanting to steal the crown here in Fortaleza. Maike managed to fight her way to the very top, gaining an overall score of 12.57 points, and converting her into the new 2021 GKA Hydrofoil Freestyle World Cup Brazil winner.

“The wind really dropped during my heat, so it was hard work but I really did my best. I’m so excited about this result. Thank you to all of my friends who have helped me get here today.” Maike said.

Men’s Final
The Men’s Final was an intense match-up between Charles Brodel and Maxime Desjardins. As Maxime had explained earlier in the competition, Charles has always been a big inspiration for him and one of the main reasons that he got into Hydrofoil Freestyle. This made the final even more exciting.

Charles showed his experience and confidence from the very start. He rode with plenty of control and showed great speed and variety in his array of tricks. Young athlete Maxime battled his way through with some impressive trick attempts, but failed to land several of his tricks.

Brodel is our new GKA Hydrofoil Freestyle World Champion and event winner, with a winning overall score of 30.02 points.

“I’m super stoked to win this event. I’ve been training a lot for this,” Charles said. “I loved sharing the final with my close friend Maxime, and I know he is going to continue doing really well.”