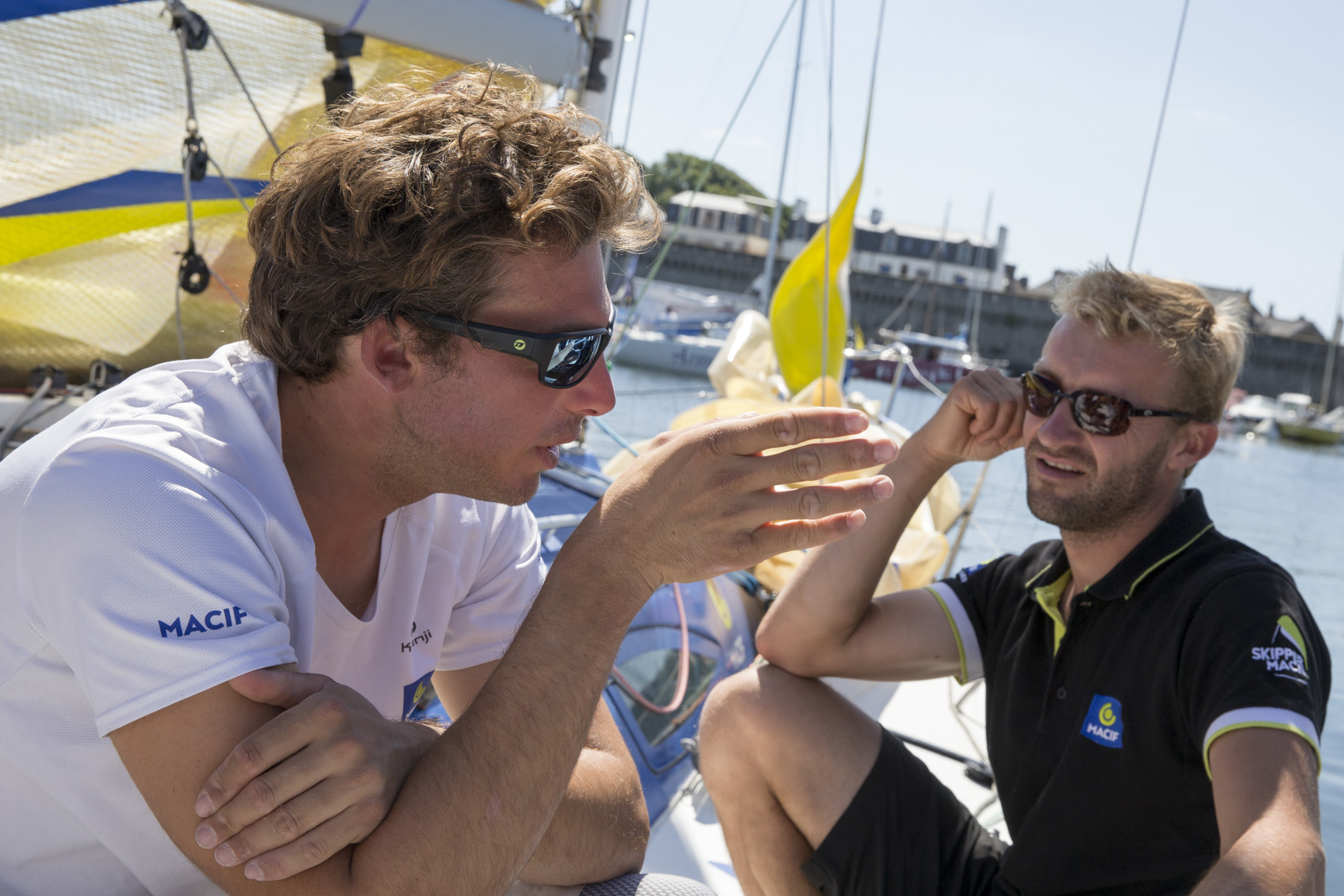 Stage 3 of La Solitaire URGO le Figaro came to an end this morning, with the winner Nicolas Lunven, Generali, completing the course in less than 21 hours (10h54m55s).

The fleet of 42 Figaros completing the 140-mile course ahead of the predicted routing time, with sustained winds allowing a fast pace throughout last night

It wasn’t all straight forward for Lunven though, who battled uncertain winds at the end of the race approaching Concarneau Bay whilst holding off Gildas Mahe (Agir Contre Le Faim) and Adrien Hardy (Agir Recouvrement).

With a strong start Lunven took control of the stage rounding the Sud Guerande in front after a glorious downwind sail under large spinnakers.

Nicolas Lunven said: “It happens rather like in a dream this Solitaire, even if it is not finished. There may have been a little click, indeed, something inexplicable and that will remain unexplained. I would have to plug my electrodes on the brain to see what happens up there.”

Adrien Hardy noted, “It would be perfect to beat Nicolas on the last stage.”

Currently second in the provisional general rankings, the skipper of Agir Recouvrement is now 24 minutes from the leader who is one hour ahead of the third placed Charlie Dalin (Skipper Macif 2015), who had an average Stage 3, placing 8th on the rankings. Dalin is followed closely by the Sébastien Simon (Bretagne Crédit Mutuel Performance) by less than 3 minutes.

Consolidation among rookies
Whilst the general classification maybe mostly decided, the battle for the Rookie podium is hard fought with Stage 3 only tightening the gaps between the Rookies.

It is Tanguy Le Turquais (Nibelis) inspired move to stick to the tip of Trévignon on the end of the course that achieved the best result in the Rookie standings. He has significantly reduced his gap by 16 minutes on Julien Pulvé who lost four places in the overall standings.

These two brilliant Rookies separated now by quarter of an hour. In other words, nothing is done here all will be decided in Dieppe.
.
The Internationals
Continuing to lead the International entrants in the 2017 race, Justine Mattraux (Teamwork) increased her overall lead with a 14th place finish in Stage 3 – now 1h20m ahead of nearest International rival, Milan Kolacek. He had a disappointing Stage 3, finishing in 22nd to slide down to 20th overall and third in the Rookie standings, 1h15m behind Julien Pulve who leads the Rookie rankings.

Hugh Brayshaw (The Offshore Academy) still holds his position at the top of the Amateur leaderboard and positioned in 25th place in the general classification, he leads 2nd place amateur Yves Ravot (Hors La Rue) by an hour going into the final stage.

Roberts dug deep fighting for places all the way to the line holding onto 25th whilst unfortunately for Rook places were lost in fickle conditions on the final leg to the finish posting a disappointing 33rd.

All skippers will now be able to recount stages 2 and 3 and restore to much needed maximum rest as the fleet relax for three consecutive nights in Concarneau, this having not happened since leaving Gijon some 6 days ago. The final stage starting on Monday to Dieppe will be a long distance race. On the program, light winds, strong currents and 525 miles to keep the suspense to the end.

Nicolas Lunven, Generali – Winner of the 3rd stage
“A lot of things succeeded. I'm going rather fast, I'm relatively well inspired, I feel comfortable on the boat, on the navigation.

“It's like a dream. I do not know what's going on in my head, but if I look at the beginning of the season, I've done some nice things. It is possible that Jérémie (Beyou) and Yann (Eliès) accuse the upset after the Vendée Globe on less preparation. What pays Generali on board is a lot of work. I did not pause between 2016 and 2017, I worked like crazy, maybe it ended up paying.”

Tanguy Le Turquais, Nibelis – 16th and 1st Rookie “Until the last second with Pierre (Rhimbault), we fought. We did not know who was going to finish in front, and I lost a lot of places because I wanted to control him.

“I am happy though, boat by boat I came back. It feels good. It was a nice step. Before I left, I thought I had to make myself happy. On the first two stages, I was not well in my drive. This time, I did not sleep for a second, I slapped myself to wake up. That's it, I'm addicted to La Solitaire.”