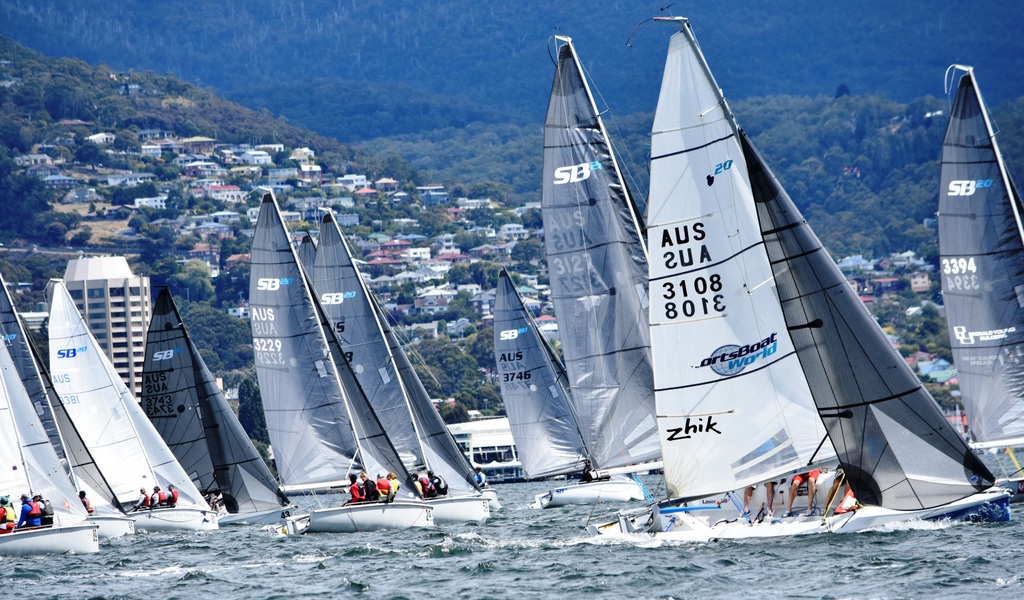 The depth of talent in Hobart’s SB20 sports boat fleet has been underlined on day one of the class mid-winter championships on the Derwent today.

In the first three races of the weekend event, the 15-boat fleet produced three different winners and seven difficult placegetters.

Racing was held in the near perfect sailing conditions; a north-westerly that ranged from five to 15 knots, gusting to 23 knots.

Heading the leader board after three races is Export Roo, helmed by Michael Cooper, one of six Tasmanians entered for the SB20 World championships at Cowes, England, in August-September.

Export Too sailed consistently with a 5-1-3 scorecard to a net 9 points, just one point of Black (Richard Fader) who notched up 10 points from placings of 3-3-4.

Paul Burnell, who will be helming a UK boat at the World, with brother Tim in the crew, won the third race of the day in Honey Badger to be fifth overall.

However, a UFD penalty in race two has dropped Honey Badger to fifth overall on 21 points. Fourth overall on 13 points is Brainwave (Scott Brain) with placings of 2-5-6.

Best placed woman helmsperson after day one is Felicity Allison who is 11th overall despite not finishing the third race.