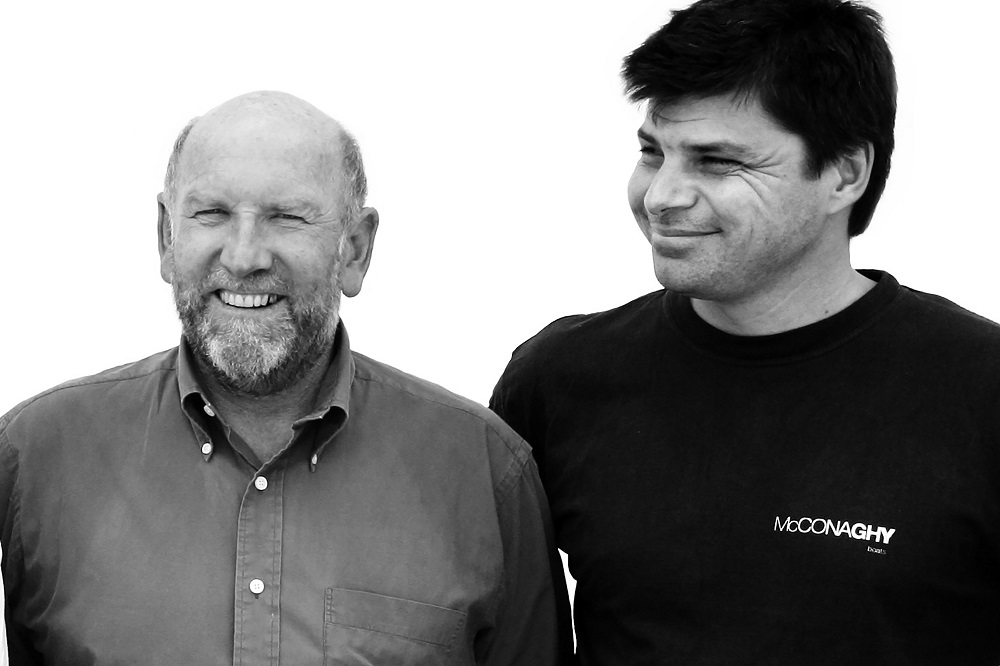 McConaghy Boats Australia has announced that Jono Morris will be resigning as an employee of the Australian company, but will retain his long held role of Joint Managing Director and shareholder of MC2 Composites Limited and its subsidiaries.

Morris, an accomplished sailor, has accepted an offer from Mark Richards, CEO of Grand Banks and Palm Beach Motor Yachts, as production coordinator at Grand Banks in Malaysia.

Morris, who ran McConaghy’s for some years before taking over the reins completely in 2000 in a joint venture commented: “This has been a challenging decision. I’ve enjoyed taking McConaghy Boats into new territory of quality and performance over the last 19 years.

McConaghy Boats Australia recently relocated from Mona Vale on Sydney’s Northern Beaches to Gosford on the Central Coast. The relocation has allowed for an improved facility, logistics and labour sourcing for the business. Most employees were domiciled in the Gosford area, so this move was much welcomed by all.

At the same time, Morris agrees that the opportunity to work with Mark ‘Ricko’ Richards in Malaysia was a unique opportunity for him and his family.

“There has always been a synergy between what Mark Richards has created with Palm Beach Motor Yachts, (and now with Grand Banks) and McConaghy Australia. Between our companies, we share the same passions and values but serve different yet complimentary niches in our industry,” Morris said.

Richards and Morris have known each other for a long time. McConaghy built the super maxi Wild Oats XI and its predecessor. Morris was of course there also to oversee Wild Oats receive her radical transformation in 2015. He and Ricko have also sailed the Hobart together on the successful yacht, including last year.

Other yachts of that ilk that crossed Morris’ path during his time at McConaghy include the 86ft Zephyrus and 90ft Alfa Romeo which led to Neville Crichton commissioning the 100ft Alfa Romeo (subsequently Esimit Europa and currently undergoing a makeover as Black Jack).

Along the way there was also the canting keel 86ft Morning Glory and Genuine Risk, a 90ft Dubois design, not to mention the MC38 and MC31 One-Design boats.

Morris, well respected in sailing circles, also contributed to a history-making Australian International Design Award in 2012, attended by Hollywood writer/director James Cameron, as McConaghy was responsible for 95 percent of the composite fabrication of the Australian designed and made Deepsea Challenger submersible.

Morris said today, “I would like to acknowledge all the customers, designers and staff who have worked with me over so many years and I look forward to continuing to working together to grow the business.”

Originally from South Australia, Morris, who has called Sydney home for some years, confirmed he would be transitioning to take the role with Grand Banks over the next few months, a move he is looking forward to.

He will continue to be available to McConaghy during the transition period to help complete the three boats on the floor – a Frers 57’ high-performance cruising boat, a conversion of a Reichel Pugh 46’ race boat to an elegant day sailer and the modernisation of the ex-Alfa Romeo super maxi – all for Australian owners.