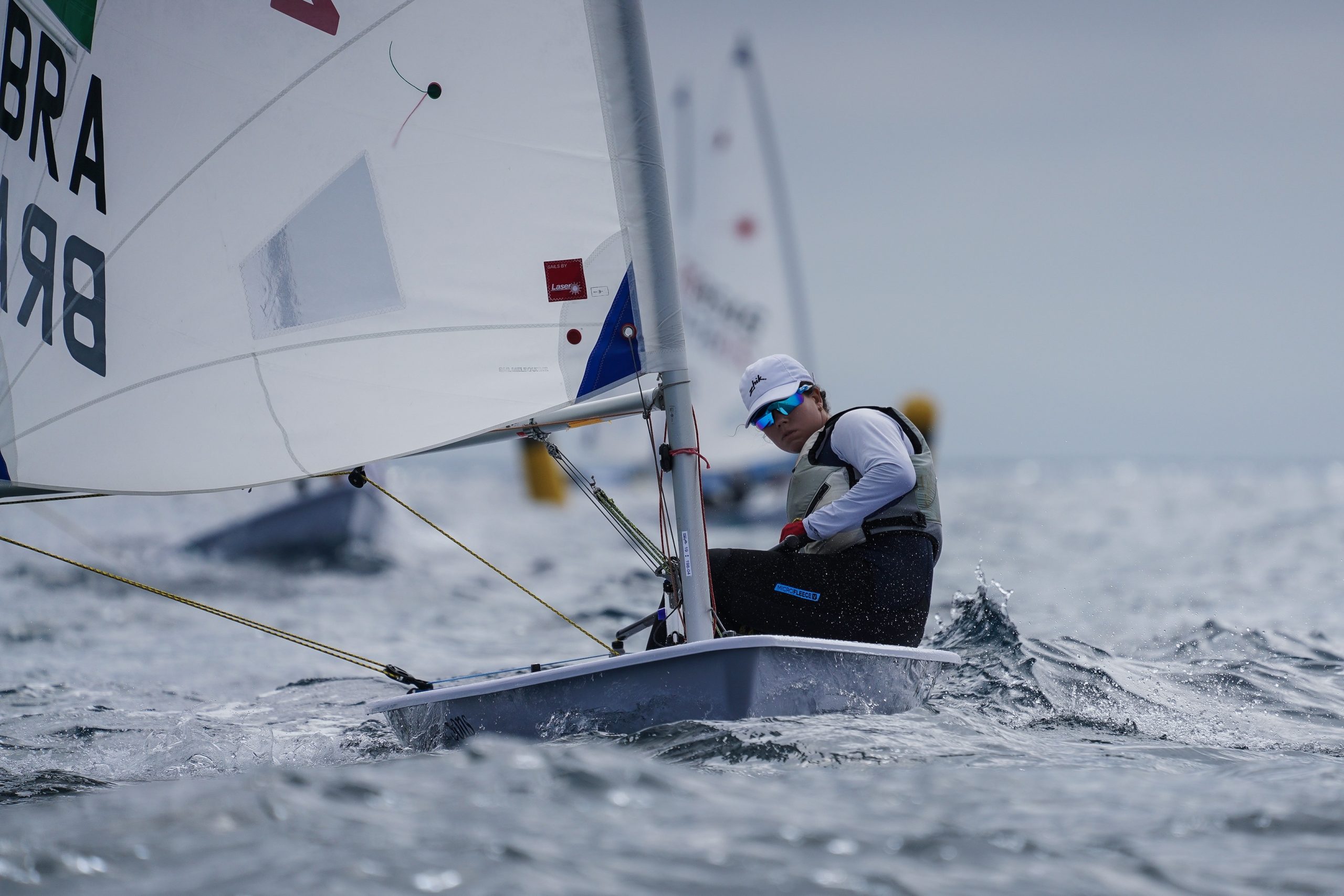 After waiting on shore for the wind to fill in, the 148 Laser sailors contesting the Oceania and Australian Championships in Bass Strait, off Devonport, were rewarded with good racing conditions late yesterday afternoon.

Sailors headed out of the Derwent at around 2pm and across to the race courses set off the Bluff Lighthouse and Coles Beach area to the west of the Mersey River entrance.

Mersey Yacht Club, the host club, completed three races for Laser Standard Rigs, Radials and 4.7s, making up for day one, which didn’t bother the scorers due to insufficient wind to complete races.

The Laser Standard Rig, the largest sail size and Men’s Olympic class, has produced a fleet of 43 sailors, including past and prospective Olympic sailors.

The winds of the regatta‘s day two tested sailor’s light wind capability and the ability of race management to keep up with the backing winds.

The breeze started in the north-east and ended up north-west between 6 and 12 knots ahead of a hard south-westerly frontal system sweeping through the north-west corner of Tasmania.

The Radial top three was an all-female affair. At the front was Emma Plasschaert (Belgium) from Gabriella Kidd (Brazil) and Zoe Thomson (WA) third.

In Race 2 for the 4.7 fleet Jonathan Lio moved up to first, Kristen Wadley (Qld) to second, with Anna Vaughan (Tas) third.

In Race 3 for the 4.7s, Wadley, McAullay and Vaughan filled the placings. In the Radial, it was a one, two three for Plasschaert, Littlewood and Doi. For the Standards, Burton won from Suzuki and Swifto-Elliott.

There are representatives from nine countries, including Australia, with 17 international competitors across the fleets.

An earlier start is planned for today due to heavy weather forecast later in the day with the principal race officer indicating the first race will be started at 11am.

At the end of day two, the first day to complete any racing:
4.7’s – Lawson McAullay (WA) is leading Kristen Wadley (Qld) and Anna Vaughan (Tas).