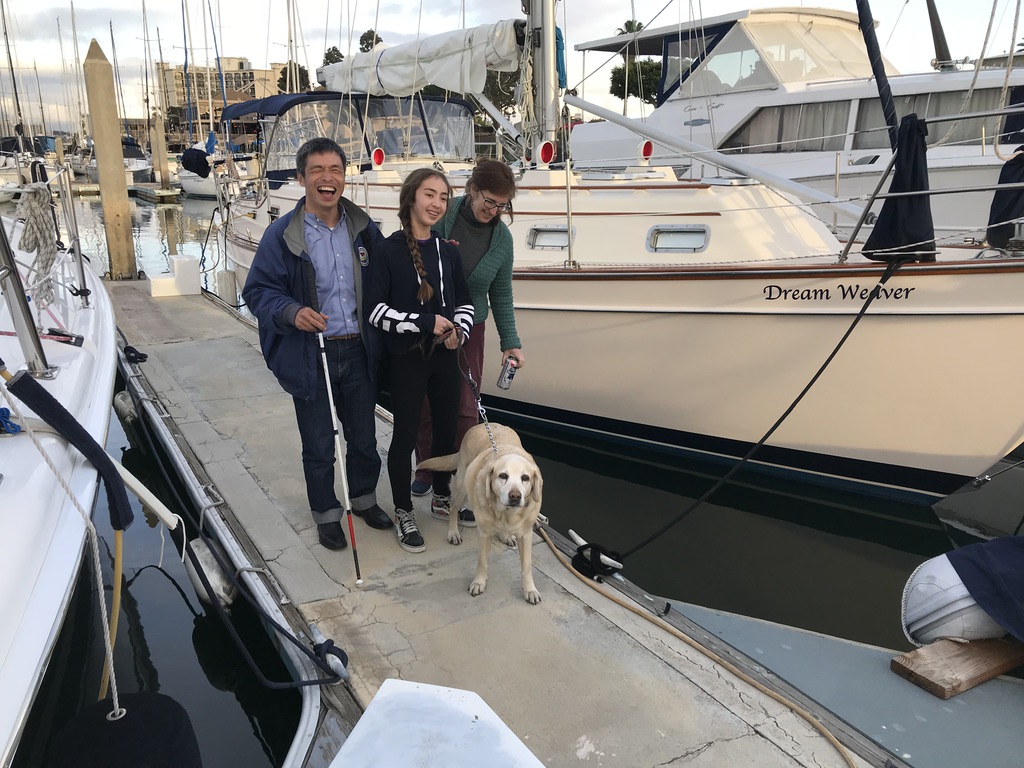 Devon, UK: OCC Associate member and skipper Doug Smith and his good friend Hiro Iwamoto are scheduled to sail across the Pacific non-stop from San Diego to Fukushima, Japan, with a departure date scheduled for February 24 on Dream Weaver, a 41 foot Island Packet.

The interesting component here is that Smith is the novice sailor and Iwamoto is the experienced skipper, but one who happens to be completely blind. This will be Smith’s qualifying ocean voyage for full membership in the Ocean Cruising Club. This is not Iwamoto’s first attempt.

Back in 2013, he and another crewmate sailed out of Japan-bound for San Diego, California. Unfortunately, six days into the voyage, their 6-ton yacht was taking on water in really rough seas due to unscheduled tussle with a blue whale and an unexpected typhoon 700 nautical miles from land.

After radioing in a distress call, the two crewmen were forced to abandon ship into their covered rubber raft where they endured 15 foot waves and 30 knot winds. Seas were so fierce, amphibious aircraft were unable to rescue them for 11 hours. Despite this experience, Iwamoto remains determined to inspire others to overcome adversity and work to achieve their dreams.

Smith, who resided in Japan where he first met the Japanese sailor, feels strongly about the power of the organizations the team is supporting to make a real difference in the world. Not surprisingly, the charities they support involve helping those with curable blindness. For more details on how you can contribute, visit their website https://voyageofinspiration.com/

And on Saturday, January 19, from 4-5pm, the Voyage of Inspiration team will be meeting supporters and fellow sailors to offer details about their voyage, followed by appetizers and drinks at the Boathouse Restaurant next to the marina.

“But, I will challenge again with my friend, Doug,” says Hiro Iwamoto. “We undertake this voyage not only for personal accomplishment, but to send a message that anything is possible when people come together.

“In this case, a blind (but experienced) sailor and a novice (but sighted) sailor, will each compensate for the other's weaknesses to complete a non-stop trip across the Pacific that is expected to take 60 days.

This Voyage of Inspiration is about taking action and making a difference, the same theme connecting the causes we wish to support including preventable and curable blindness.”